Western Cape Premier Alan Winde had just announced his new cabinet when about 200 residents of Marikana informal settlement protested outside the provincial legislature on Thursday.

The residents want the City of Cape Town to buy or expropriate the land they have been living on since 2013. They also want the City to stop its appeal against a 2017 Western Cape High Court order to purchase the private land.

The residents marched to the civic centre for the same reason on 24 April but say their memorandum was not attended to. “The municipality is aware of the memorandum, but they have been busy with elections and did not respond to us,” said leader Joseph Makeleni.

“Our problems are not waiting while the municipality drags its feet. There is crime in Marikana due to lack of streetlights and electricity. We want water. We want proper roads. We want development projects to be directed to Marikana and wish to remind the municipality that Marikana is our permanent residence. We are not going anywhere,” said Makeleni.

Nolukholo Cawe said being a resident in Marikana is difficult. “Crime is so high in the area. The police are trying but criminals target us especially at night. If these services can be put into our area we would have a better life.” 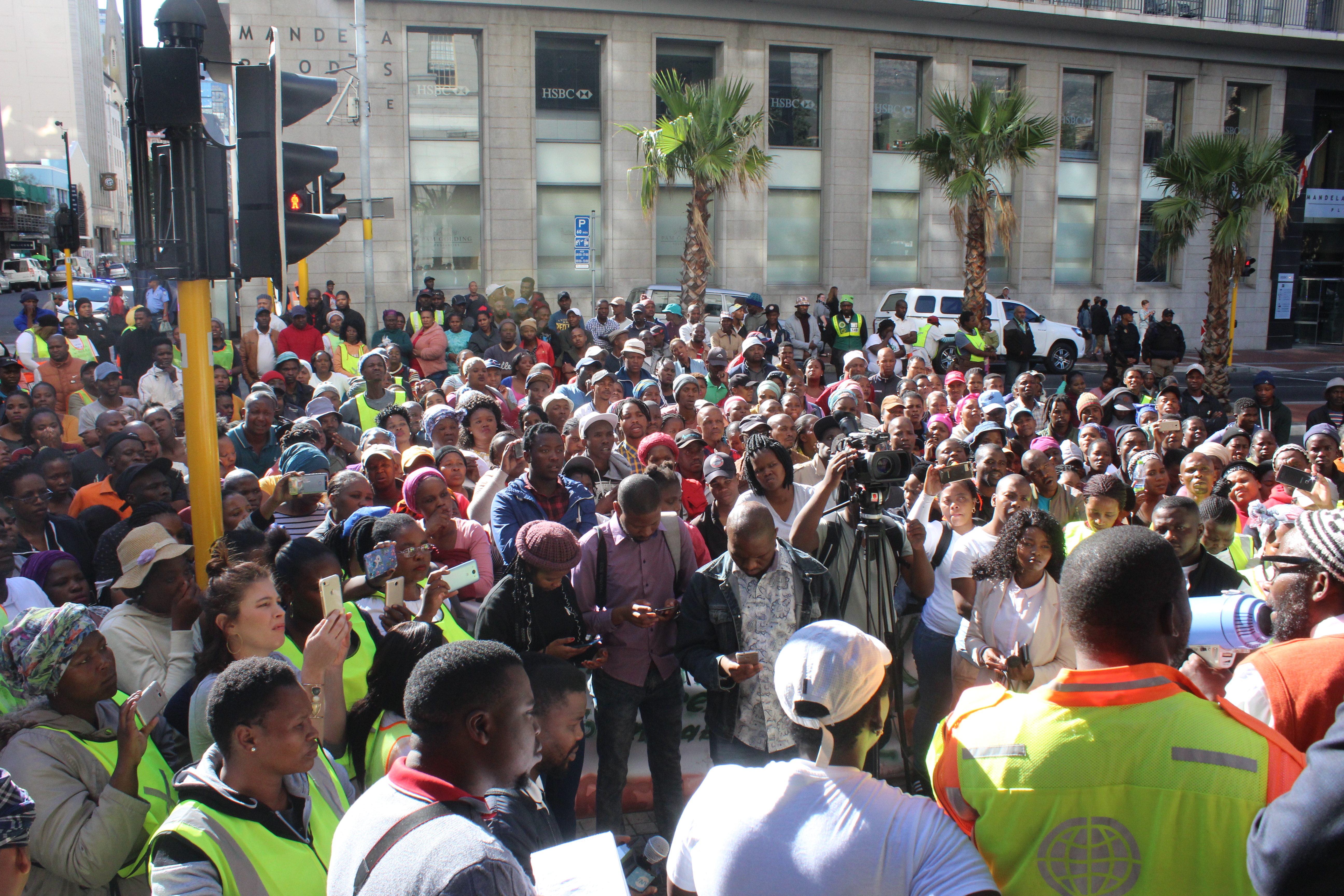 Winde came out to accept the memorandum but said he could not promise to respond in five days. “I do not have my office yet,” he said. “But before going into the document which you have brought here, I want us to try something different. Before marching to the legislature ask your leadership to make a call to me. Invite me for coffee. I want us to start to work differently. Call me, I will even come there. I want to make this province much better than it was before.”

Makeleni said the marchers wanted “action more than talk”. “Everyone can talk but few can act. We will see after five days if Alan Winde will act on his promise, in fact, we will call him and ask if he can live in such a settlement.”