When she wants to relieve herself, wheelchair user Nonkululeko Dziweni has to rely on two people to take her to Mdantsane City Mall, one kilometre away. The toilets in the informal settlement where she lives are not accessible to her.

Dziweni was one of hundreds of Mdantsane residents who voiced complaints during the Buffalo City Metro Municipality mayoral imbizo on Thursday.

Dziweni told mayor Xola Pakati that for the past 22 years she’s been living in a two-room shack in Mathemba Vuso informal settlement.

“You do not know the pain of relying on people to take you to a toilet. And Mdantsane City is far from my house, and do not ask me how I relieve myself at night,” she said, holding back tears.

She said everytime there is a mayoral imbizo, Pakati did not speak about Mathemba Vuso and she wanted answers.

Residents agreed with Pakati that there was progress but complained about unfinished housing projects, bad roads, unemployment, ward councillors who are not working with community members, lack of toilets and refuse bags, and the need for electrification of informal settlements.

In his report Pakati announced municipal plans for roads, electricity and investments. He said in the current financial year the metro had budgeted R87 million for road construction projects and would spend R33 million to upgrade rural roads.

The metro was in the process of securing 150 hectares for housing development, which would benefit some residents of ward 11 including those from Winnie Mandela Informal Settlement.

Speaking to GroundUp, Dziweni said her area was forgotten by the municipality.

She said some residents of Mathemba Vuso were supposed to benefit from the Siyavuna housing project, but only one house was built and it was not completed. Residents relied on illegal connections for electricity and only had one tap.

“We are struggling. That place is not for someone who is using a wheelchair,” said Dziweni.

She said she had grown up in the area and had decided to build her own shack. She had found a place which was accessible in a wheelchair. “But going to a toilet is a real struggle. I always have to ask someone to assist me,” she said.

Pakati started to respond to residents’ grievances but the audience started singing the struggle song “Senzeni na?” (“What have we done?”)

Most residents started leaving as Pakati was talking.

Speaking to GroundUp after the imbizo residents said several areas had not been mentioned in Pakati’s report, including Barcelona informal settlement and Silver town, which had also not been discussed last year. 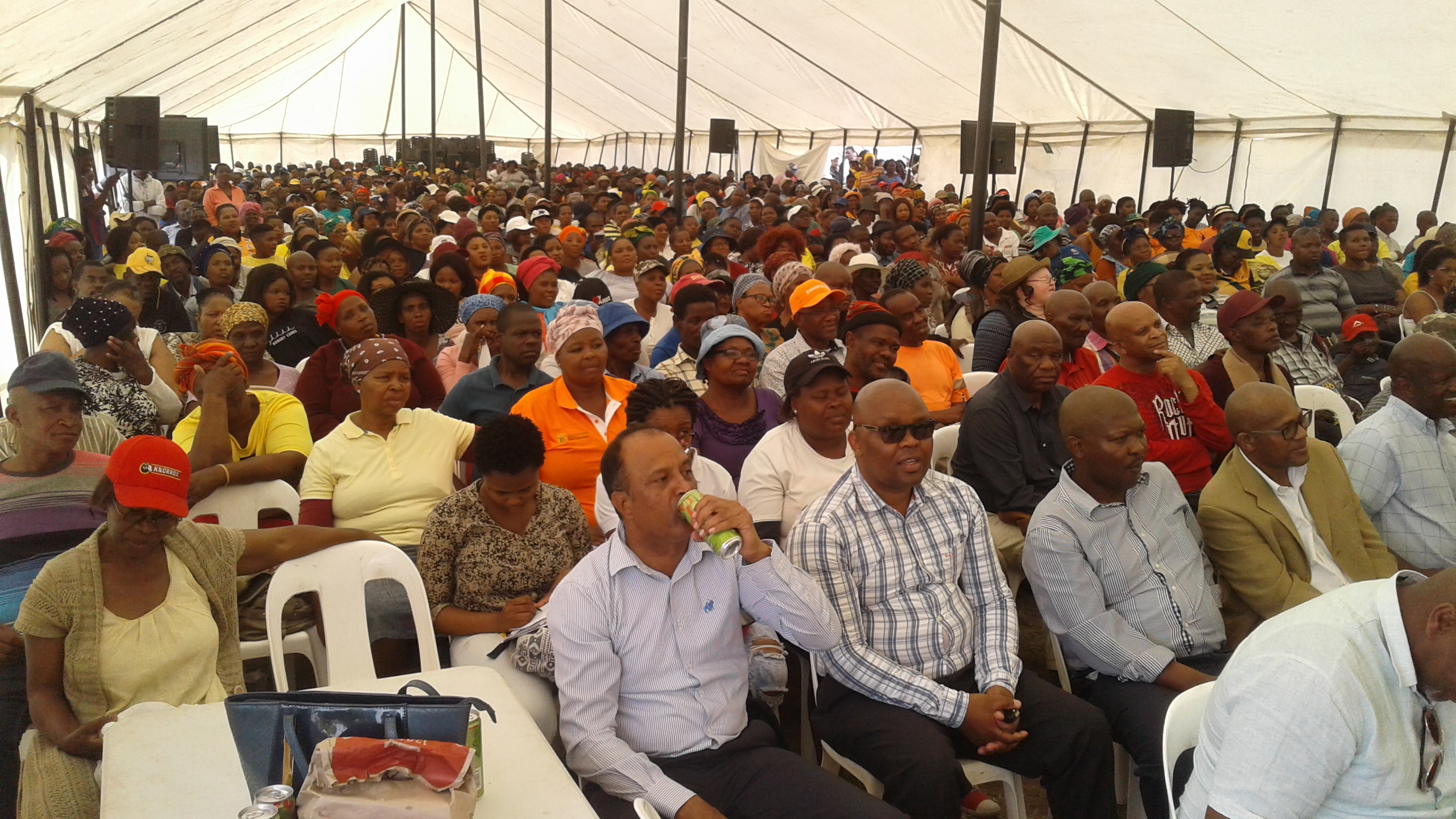 Covid-19: Durban workers without pay as company fails to declare them with UIF

Covid-19: court to rule on reclaimers’ right to work