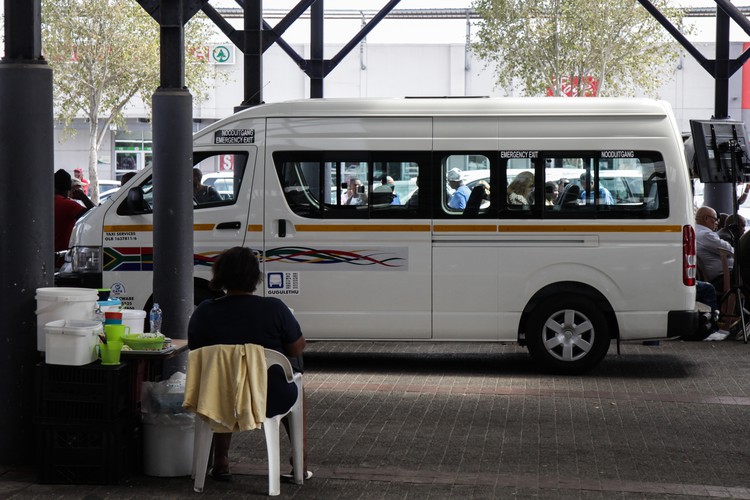 Less than a week after a peace agreement was signed by two warring umbrella taxi bodies in the Western Cape, commuters have again been caught in the deadly crossfire.

On Wednesday, two people were shot dead in Wynberg, a passenger was shot in the foot in taxi along the N2, and a taxi waiting to load people in Century City was shot at with no injuries were reported, according to Andile Kanyi spokesperson for Congress of Democratic Taxi Associations (CODETA). Kanyi said at least five drivers affiliated to the association were killed during alleged targeted attacks last week.

Joseph Swartbooi, Western Cape police spokesperson, said three people were killed and six others injured in separate shooting incidents across the city. He said that Maitland police are investigating a case of attempted murder after men standing alongside the N2 started shooting at taxis travelling in the direction of Cape Town. “Three passengers aged 26, 32, and 41 sustained gunshot wounds,” said Swartbooi.

As the violence continues to flare up, the Western Cape Transport and Public Works MEC Daylin Mitchell said that he has signed and published a notice that will enable him to close certain routes and or ranks, should the lives of commuters be at risk. Mitchell warned that he will not hesitate to act in the interest of commuters if CATA and CODETA do not end their violent feud.

In response to this, Kanyi said the department should first verify legal taxi operators on the route before shutting down operations. “Closing the routes and the ranks will affect a lot of things. We don’t want people to operate without permits; it will cause a lot of problems,” he said.

Mitchell said after consultations he had decided to declare Bellville and Paarl high-risk areas. “I am giving notice of my intention to take one or more or all the actions to close route B97 for all minibus-taxi associations in the event of further violence. I will also close all other routes jointly served by CATA Boland and Paarl Alliance Taxi Associations; and close the Mbekweni rank and Bellville Public Transport Interchange.”

“If peace and stability in the area is restored before the end of the two-month period, I will review my decision. Should my department be unable to resolve the conflict within the stipulated period, the regulations will apply for a further two- month period,” said Mitchell.

Next:  Durban volunteers and workers clean up en masse

Previous:  Garbage collection resumes in Khayelitsha after weeks of rubbish piling up

The Taxi violence must end

Firstly I would like to take my hat off for Peter Luhanga by covering the story. Taxi Violence is rife and a risk to a lot of innocent taxi commuters who are expected to clock in at work during these trying times. What I fail to understand with this taxi war is that this is a rivalry between owners and yet the affected people are the commuters and taxi drivers. The taxi owners are in their comfortable homes calling the shots whilst innocent people are dying and wounded. It is not fair. Who will be held responsible for the deaths and hospital bills? The government must intervene before other lives are lost in this chaos.