Soweto households have been without power for six weeks

Eskom says substation will be fixed by Friday afternoon 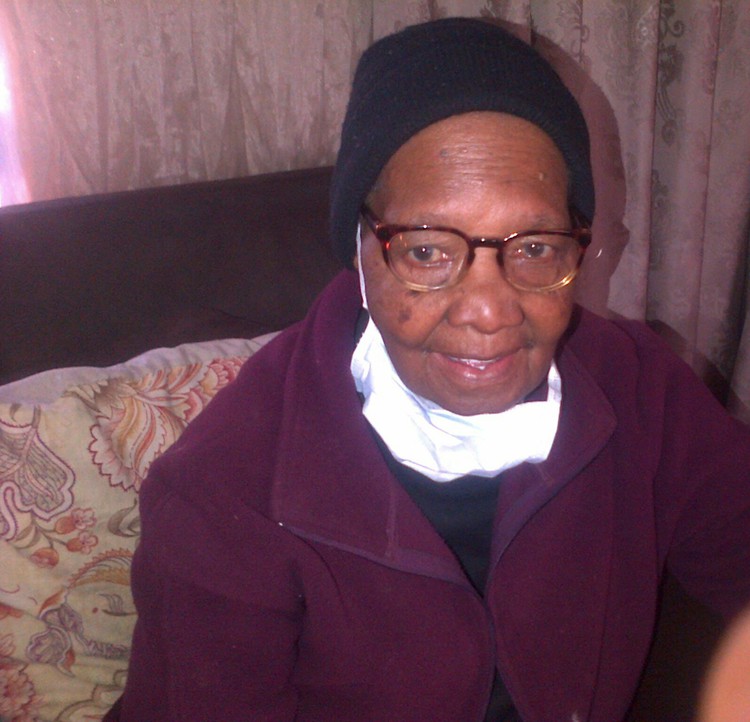 Lydia Ngakane, 75, from Zone 7, Pimville in Soweto has been living without electricity for six weeks after the area’s substation blew. She says she feels ashamed having to ask neighbours for warm tea and food. Photo: Mosa Damane

Every day 75-year-old Lydia Ngakane walks some distance from her house in Zone 7, Pimville in Soweto to collect wood so she can cook and keep warm.

“Sometimes I feel like I am bothering my neighbours, always asking for a cup of tea and warm food. I feel ashamed. Eskom treats us like people who steal electricity from them and this is not fair,” said Ngakane.

Hers is one over 100 households in Zone 7 that have been without electricity since July after a substation and transformer in the area blew. Eskom has promised to resolve the issue later on Friday.

“It is tiring for an old lady like me to go and fetch wood so that I can prepare fire in the afternoons and mornings. The cold is extreme in the house. I have arthritis and I am on pills. I even [went to stay with a relative] because I couldn’t cope in a house without electricity,” said Ngakane.

“I am not privileged like some of my neighbours who use generators and gas to keep warm. I use six medium tins to cook and boil water over the fire next to my garden and candles for light in the evening. My lovely pots have turned black from cooking with fire,” said Ngakane.

Thobeka Vuma, 27, said their efforts as a community to contact Eskom over the past month were futile. She said after several residents lodged complaints at the end of July, they were told that technicians would do planned maintenance on 1 August, but they never showed up.

“Living in the dark without electricity in a suburb is very costly. Every week I pay R220 for 9kg of gas and there are other costs like buying candles and matches every day. There is also no point buying meat or milk in bulk because it will all go to waste,” she said.

When questioned about the six-week power outage in the area, Reneiloe Semenya, Eskom’s Gauteng spokesperson, said: “Due to high volumes of failed mini substation and transformers as well as other damages to the Eskom network, the process to replace equipment takes longer. Preparation for work to replace the mini substation in Pimville Zone 7 will begin on 20 August. We anticipate finalising the work on Friday afternoon.”

Next:  We followed community health worker Katrina Jacobs for a day. It’s incredible what she does

Previous:  Lockdown in pictures - Day 147: Looking out for each other