“When foreign companies drill oil in our oceans, fish die” 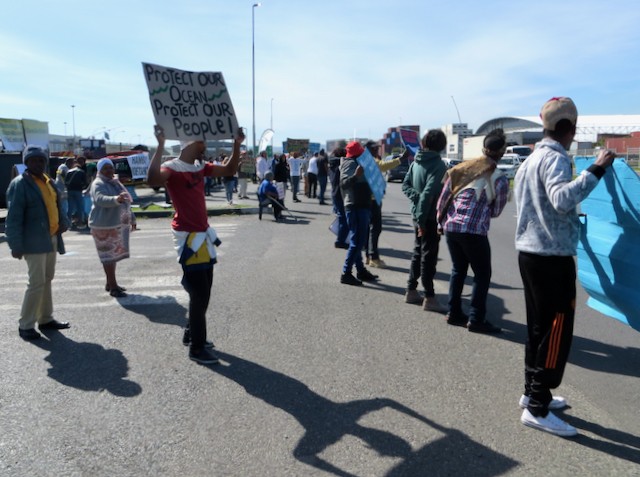 About 100 small-scale fishers demonstrated along Marine Drive at the Paarden Eiland entrance to Cape Town harbour on Monday. They want government to stop approving permits for oceanic oil and gas exploration.

They held placards that read: “Fisher’s rights are human rights” and “Oil and water do not mix”. Many passing motorists hooted in support of the demonstration.

Liziwe McDaid, Green Connection Strategic Leader, said frustrated fishers had asked for help with the demonstration. She said the message to government was to “stop drilling the oceans”.

She said the fishers needed to have a voice in such decisions.

Solene Smith, Coastal Links chairperson in Langebaan, said, “We have been fighting oil and gas exploration for years, but we have not yet won the fight.”

Camelita Mostert, chairperson of Costal Links in Saldanha, said she hires about 54 fishers to work on her two boats. The catch is sold to the community.

Wendy Pekeur, Ubuntu Rural Women and Youth Movement founder and coordinator, said, “As Minister of the Environment, [Barbara] Creecy should be the first person to say no to drilling in the oceans.”