Nine years later, these classrooms are still under construction

One delay after another at Limpopo school 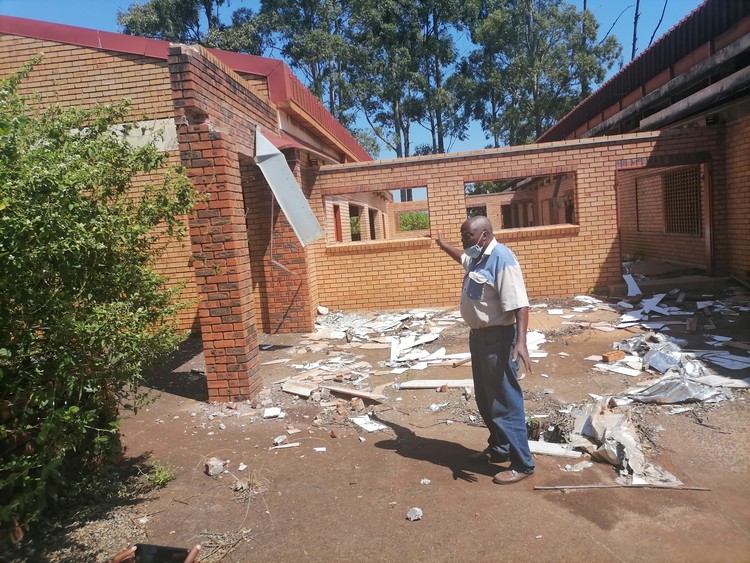 Community member Donald Changani points out the badly vandalised hall at Lemana College in Limpopo. Construction of the classrooms, which started in 2013, is still underway. Photos: Bernard Chiguvare

The renovation of Lemana College, not far from Elim in the Vhembe district in Limpopo, into a high school has been mired by controversy and disruptions, with costs running into millions of rands.

The project started in 2013 and was meant to be completed in 18-months. Nearly nine years later, it is still not complete. At the end of last year, the learners were moved back to the old school a few kilometres away due to the condition of the infrastructure.

GroundUp reported in February 2020 how the initial contractor had gone into liquidation and the contract had been terminated in 2015. The second contractor started work in 2018, but the work ground to a halt due to labour disputes.

Now members of the Waterval Community Development Forum and Lemana Task Team are concerned about additional delays. According to community members on the forums set up to deal with the project, severe vandalism at the project is likely to cause further delays and additional costs.

Sukani Makondo from the Lemana Task Team said that all the classrooms and the administration block were meant to be built during the first phase of renovation. “We feel it’s unacceptable for the department of education to take more than eight years to do renovations. This is so disturbing,” said Makondo.

The second phase is the renovation of the old hostels and hall.

According to Seabi, Public Works is paying a security company to monitor the site under construction. The old college hostels and hall are not included in this phase of the project and therefore are not under security guard. GroundUp was shown the hostels and hall which were completely vandalised. Windows, doors and part of the roof had been stripped from the buildings.

Seabi said the estimated cost of the whole project is around R36-million. Tidimalo Chuene, spokesperson for the Limpopo Department of Education, did not answer questions about how much had already been spent. She said only that talks were underway to refurbish the school’s hostels and hall. 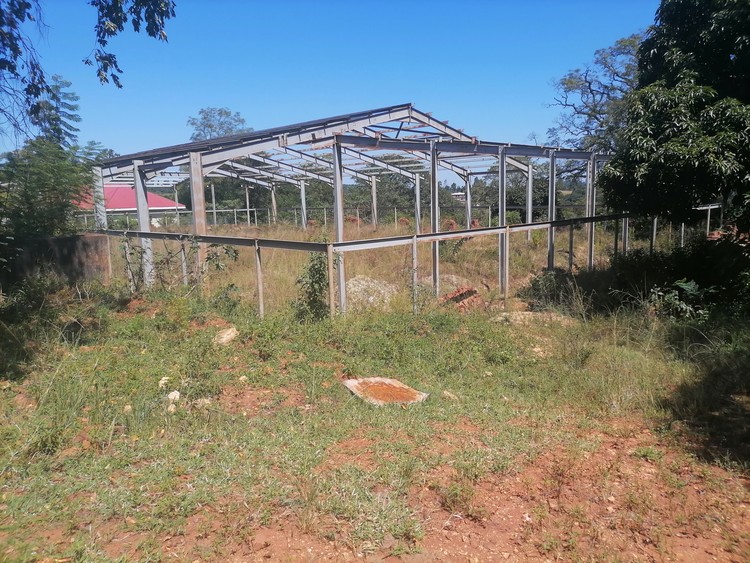 Construction of the school’s new hall ground to a halt when the second contractor also stopped working on the project due to a labour dispute.

The location of the school has been corrected.

Next:  Slap on the wrist for police commander who ignored torture allegations

Previous:  Video: Chantal Sampson used to be homeless. Now she helps other people get off the streets