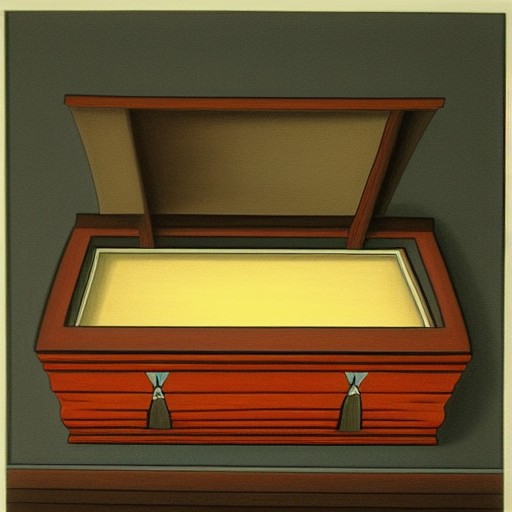 Khandani Msibi, Group CEO of 3Sixty Life, responded to one of our reports published on the Daily Maverick. The report described the debacle at 3Sixty Life, a funeral insurer ultimately owned by NUMSA’s investment company. Here is Msibi’s response (as published by Daily Maverick) followed by our reply.

It was with shock but not surprise that I read an article in Daily Maverick about 3Sixty Life that repeated old falsehoods and told nothing new. One wonders what drives Daily Maverick to such desperation.

Titled “Fate of Numsa’s 3Sixty Life funeral insurance company hangs in balance”, the article was as shoddy as it was unethical. There was no attempt to contact me or any of our officials for comment. Instead, for cover, it quoted what I had said to a rival publication. One wonders what happened to the audi alteram partem principle. But, I guess, observing this principle would allow the facts to get in the way of a good story.

First things first: there is no such entity as Numsa Investment Trust — 3Sixty Life is owned by the Doves Group and the ultimate shareholder is the National Manufacturing Workers Trust. A small check would have revealed such public information.

Second, it is important to state that 3Sixty Life was placed under provisional curatorship and not under curatorship as Daily Maverick claimed. This is an important distinction that I would expect a platform that prides itself on investigative journalism to know and understand.

The Daily Maverick article states that 3Sixty Life was placed under curatorship “after two years of operating under insolvency”. This is a blatant lie: 3Sixty Life operated under actuarial insolvency for eight months before the Prudential Authority applied to place it under provisional curatorship.

It is well known, even by the PA, that the insolvency was triggered by excessive claims arising from Covid-19 deaths.

On the issue of the curator’s resignation, Ram resigned because she said there was no point to curatorship, which she had already said in court. It is a lie to say the PA blocked Ram from handing over to 3Sixty Life’s management and board.

Instead, it is a fact of court record that upon the resignation of Ram, the PA wanted Ram to hand over to Tinashe Masuku, and the PA only reported her resignation to the judge when Ram refused to delegate her powers to Masuku because she said there was no need for a curator at 3Sixty Life. It should be noted that, under oath, Masuku opposed Ram and wanted 3Sixty Life to be liquidated.

The group offered to capitalise 3Sixty Life, but the PA sought to place us under curatorship regardless and therefore our contention remains that the PA is against black businesses. It is telling that amaBhungane and GroundUp (the source of the Daily Maverick article) failed to question the PA on why all SA’s black banks have been liquidated or swallowed up by big banks, the latest being Ubank.

In a feeble attempt at playing fair, which to us seems to be nothing but a distraction, the article goes on to mention an unrelated case of Constantia Insurance that was placed under final liquidation. By doing so, Daily Maverick was trying to use an unrelated story of a rogue company to downplay our assertion of the attack on black businesses.

While amaBhungane and GroundUp have written numerous articles about 3Sixty Life and its curatorship, besmirching our names and using old photos to present us, no such articles were written about Constantia Insurance, where Numsa members and other workers would have their retirement funds invested. The names of the executives of Constantia were not besmirched and their competence was not questioned. Constantia was placed under curatorship and liquidated in the space of three months, and we remain standing, yet we are the bad boys.

It has been 10 months of provisional curatorship and six months of waiting for judgment. In terms of the norms and standards of the judiciary, a judgment should be released within three months. We continue to wait for judgment seven months after the provisional curator informed the judge that “3Sixty Life ought not to have been placed under curatorship”. amaBhungane has not questioned that injustice.

It would only be fair for Daily Maverick and its sources to cease to mislead the public and report facts and not untruths.

Khandani Msibi takes issue with our article on 27 September titled Fate of NUMSA’s funeral insurance company hangs in the balance, characterising it as false and unethical. Our purpose in the article was to recap the court battle over the curatorship of 3Sixty Life, a funeral insurer owned by NUMSA’s investment trust.

Msibi makes much of the fact that we did not use the term “provisional” before the word curatorship. His letter must have been written before 30 September because it hasn’t aged well. On that date, Judge Fiona Dippenaar in the High Court in Johannesburg ruled that 3Sixty Life is to be placed under final curatorship, as we wrote about in Court confirms curatorship for NUMSA’s funeral insurer.

In any case, our 27 September article explicitly stated that the curatorship (as of 27 September) was interim, which means the same as “provisional” in this context.

Msibi is upset that we didn’t approach him for comment and instead quoted the response he gave to another publication. He is presumably aware that we asked him for comment on 28 February. We are still awaiting his response.

The article Msibi objects to now was based on sworn affidavits before the court. Usually when quoting from court papers there is no need to go to the parties quoted for further comment.

Msibi places great stock in the opinions of (former) provisional curator Yashoda Ram. But, as we learned after Friday’s judgment, the court clearly didn’t accept Ram’s views. In fact, Judge Dippenaar described her conduct as “prejudicial, belligerent and erratic”. The judge wrote that Ram acted in her own interests, rather than in the interests of the policy holders.

We draw readers’ attention to our article Yashoda Ram, NUMSA’s insurance company’s curious curator for some background as to why Judge Dippenaar may have come to this conclusion.

Msibi says we lied by stating that 3Sixty Life was placed under curatorship after two years of operating under insolvency. He says that the company operated under an actuarial insolvency for eight months before the Prudential Authority applied to place it under provisional curatorship.

In fact 3Sixty Life reported to the Prudential Authority that by the end of the third quarter of 2020 it was operating below the statutory solvency requirements. It was placed under curatorship in December 2021, which is at least 16 months later, so not quite two years. But the company’s annual reports for a period covering two years (2020 and 2021) have not been submitted. Nevertheless, we’ve amended our article to say 16 months instead of two years. (Our previous articles were more precise on this point - start here: Irvin Jim’s birthday party paid for by embattled life insurer.)

Also, as our articles have shown, 3Sixty Life’s statutory troubles date from long before 2020. For more on its troubles (back to 2017), read Millions of rands siphoned from NUMSA’s insurance company, report shows.

Msibi states that there is no such thing as NUMSA Investment Trust, and that 3Sixty Life is owned by Doves Group and the ultimate shareholder is National Manufacturing Workers Trust. But we actually wrote “NUMSA’s investment trust” not “NUMSA Investment Trust”. We’ve explained the ownership structure in previous articles.

Msibi claims “the evidence on the ground is that the Prudential Authority is purging and destroying all black insurance companies”. We have not seen evidence to support racism by the Authority but we will keep an open mind. Msibi claims that “white-run” Constantia Insurance appears to have been treated altogether more nicely by the Prudential Authority. But after a brief interim/provisional curatorship that was not opposed, Constantia Insurance was placed into liquidation.

Let’s be clear about why we, GroundUp, are focusing on 3Sixty Life: most of their customers are NUMSA members. NUMSA, the country’s largest union - is also its owner. The company appears to have grossly mismanaged workers’ money, spending some of that money on laptops for family members of a NUMSA official and a lavish birthday party. NUMSA’s leaders have been accused of purging members who have questioned the organisation’s role in the 3Sixty Life debacle. This is a story of profound public interest. We stand by our articles and will continue to investigate the shenanigans at 3Sixty Life.

Next:  SAPS must pay R50,000 compensation to victim of sexual harrassment

Previous:  Section27 goes to court to get Limpopo schools fixed