“The contractor left my house without a roof, windows and doors” says Fort Beaufort resident 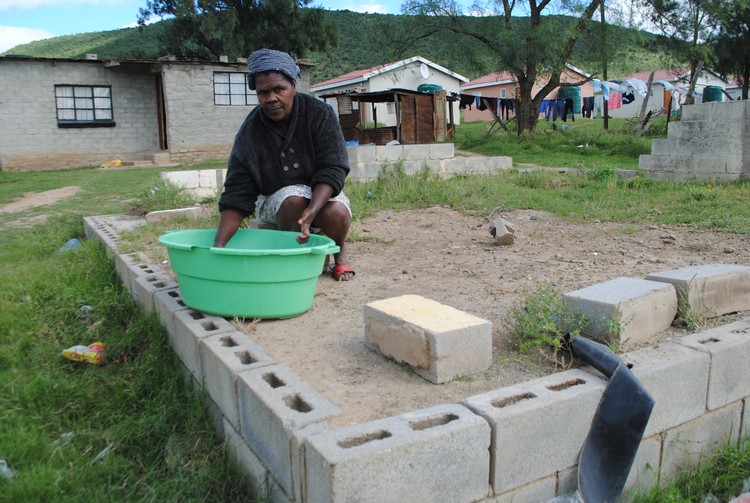 Fort Beaufort resident Fezeka Bawuti doing laundry on the site of her RDP house which was meant to be renovated years ago. Her home has since deteriorated and barely has walls. Photos: Mkhuseli Sizani

About 128 families from the Hillside Phase 3 project in Fort Beaufort say they were left homeless when the project to fix their new homes was never completed.

Beneficiaries complained that the houses had no cement foundations, no plaster on the walls, were missing ceilings and had cracks in the walls. The national Department of Human Settlements included these homes in its Rectification Programme with the provincial department as the implementing agency.

Residents say they moved in with relatives or built shacks next to their houses as some homes had to be completely demolished and others needed major repairs. The project initially started in 2016.

The first hiccup came in 2017 when construction workers stopped work over a wage dispute with the contractor. “The contractor said it had no money and the workers looted building material like taps, pipes and baths and washing basins. They also took jojo tanks to pay themselves for the work,” said Zwelakhe Stofile, Ward 20 chairperson of the South African National Civic Organisation (SANCO), explaining how this project had been “overwhelmed by corruption” and maladministration.

A new contractor was appointed to finish the work in 2019. The contractor worked at the site until May 2021 and was to continue until December but abandoned the site. The remaining material was apparently left at the home of the community liaison officer.

Resident Fezeka Bawuti, 60, said her house was built in 2004 and was meant to be renovated. “It had huge cracks from the roof to the floor. It was built with too much sand. On windy days the walls and roof shook. On wet days the walls were wet inside. It had no cement foundation,” she said.

Bawuti said her excitement over the rectification project was short-lived. She had to move back to her parents’ house with her 23-year-old son. “The contractor took our material like zinc, bricks and rafters. Most of my furniture has been damaged. I only come to my RDP site to do my laundry,” she said. Her house currently only has a foundation and half of a wall. 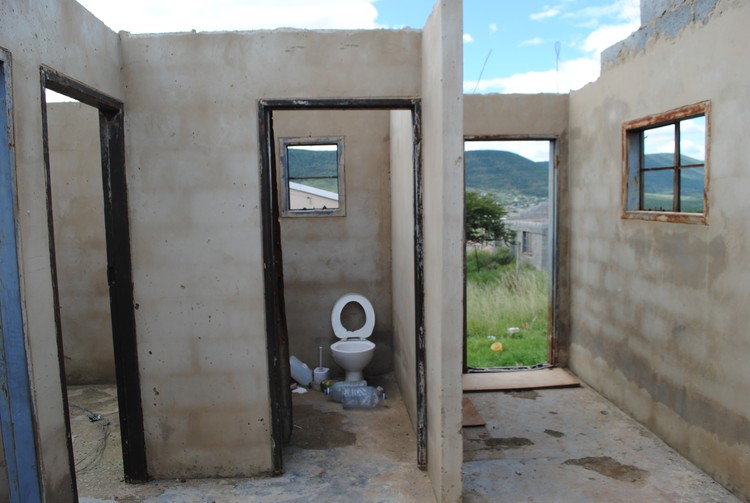 Nomakula Sizani and her six children live in a shack next to her RDP house. They still use the toilet inside the house, though there are no doors.

Nomakula Sizani, 60, lives in a two-room shack with her six children next to her incomplete house. “I feel trapped in this cold shack and I have arthritis. The contractor left my house without a roof, windows and doors. Heavy rains and winds are damaging what was left. We use the toilet inside the unfinished house. Everyone sees us because there are no doors,” she said.

When her house was demolished, Sizani said, she asked relatives to store her furniture, but now they want their space back.

Yanga Funani, Eastern Cape Human Settlements spokesperson said the excuse given by the contractor was the impact of Covid-19 on their work. He said the department had not lost any money because the contractors were only paid for each finished unit. “ The remaining budget is R11.8-million to complete the renovations. There was enough money to pay them had they performed and submitted valid claims,” said Funani.

Asked when the project would be completed, Funani only said, “We are in the process of appointing a new contractor.” 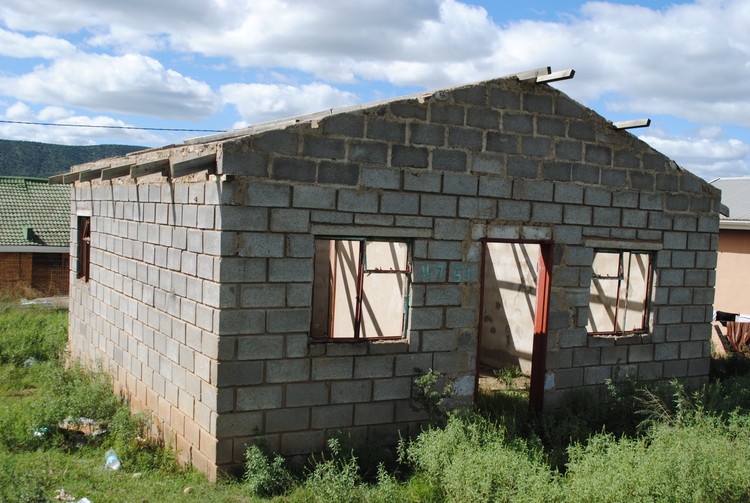 Previous:  Musina closed down in protest over water