Accused handed over to police by his parents 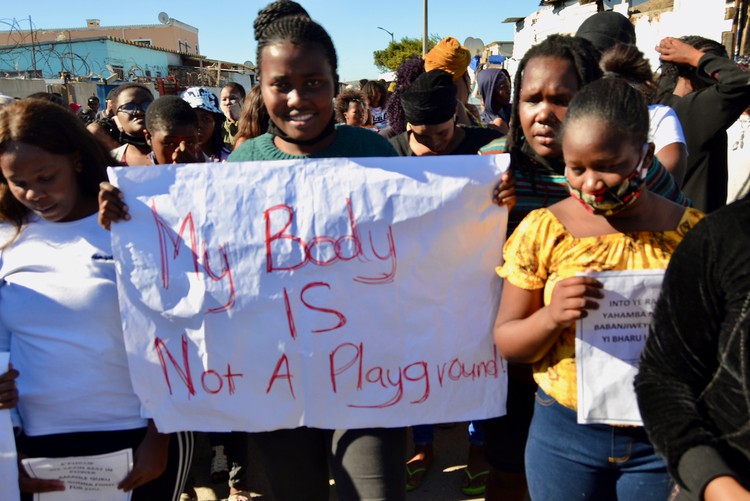 More than 100 Vrygrond residents protested on Thursday, demanding that a man suspected of committing rape be detained. Photo: Buziwe Nocuze

More than 100 residents of Vrygrond, Cape Town, protested on Thursday, demanding that a man suspected of committing rape be detained.

Nolukhanyo Zibaya, one of the organisers of the march, said a friend was raped last Saturday night.

“After laying charges against the perpetrator whom she identified, the suspect was arrested on the day of the complaint and released the same day,” said Zibaya.

She said she and others went to the street where the suspect lives and made their accusations known to the neighbours.

Chairperson of the Vrygrond Community Development Forum Isaac Goliat said, “We want to commend the young people of Vrygrond for taking it in their own hands to say no to rape. For many years victims have been crying for justice … We send our love to the victim and will fight alongside her to ensure the perpetrator faces the arm of the law.”

Athini Lonja, who joined the protest, said women don’t feel safe in the community. “We will never know who is next … We need SAPS to take us seriously, otherwise victims will rather kill themselves than report the cases because they know they won’t get any assistance.”

Colonel Vassie Naidoo said the suspect was arrested on Thursday and is being processed. When asked if the arrest happened after or before the march he replied: “His parents brought him in.”

Next:  Marikana residents cry out for flood relief