In photos: The long wait for social grants

“I arrived here at 8:30pm on Wednesday, only to be helped the next day.”

Every month, millions of people patiently wait in long queues outside South African Social Security Agency (SASSA) cash collection points. They want to submit grant applications, query discrepancies, or collect their monthly social grants. Masixole Feni photographed and spoke to those waiting in line at a SASSA paypoint at Zolile Malindi Community Centre in Mfuleni. The gates open at 7am. The queues are so long that people arrive the day before to improve their chances of being served. Feni took these photos from 8pm until early the next morning. 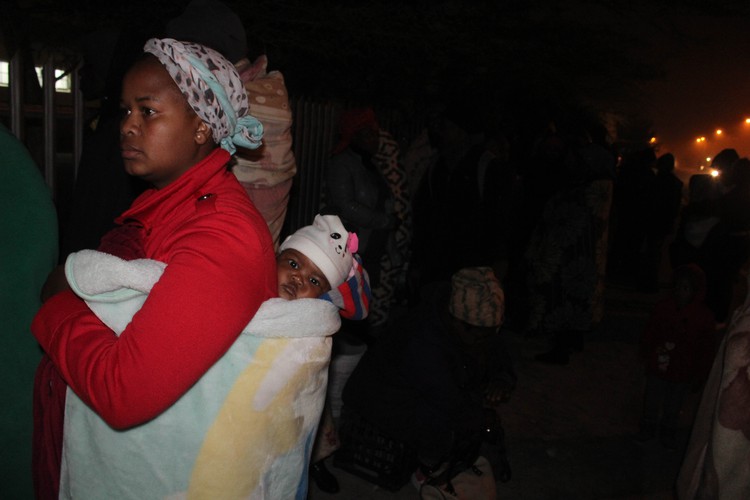 Nomakhosi Skwathsa is 31. She carries her baby on her back. She is applying for a grant. “I arrived here at 8:30pm on Wednesday, only to be helped the next day. I keep coming back and forth. If we don’t sleep outside in these lines, we often don’t get helped. I think it is the sixth time I am in these lines. I realised I have to hire a person to come queue for me.” 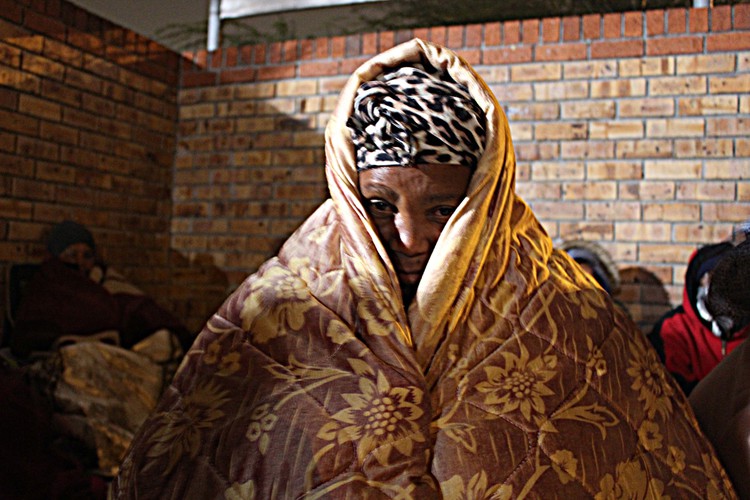 Beauty Nobosisi is 52. She came to wait in the queue at 3pm, hoping to get served the next day. “I came here to apply for a social grant. I was here for the first time on 4 July. Now I have come here for the second time to see if I’ve been approved to get a grant.” 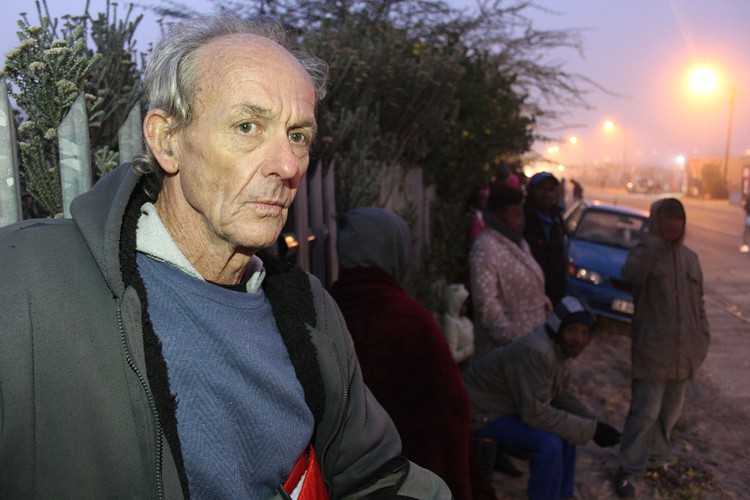 Peter Van Schoor is 62. He retired from being a tennis coach when he was 55. “I got ill so I can’t work.” Van Schoor married a woman who lives in Mfuleni five years ago, so he has moved to the township. “I’m here standing to renew my old age grant. I was here last week and I realised I came too late; it was around 5:30 am so we were quite far down the line.” He had to have his grant reviewed because he moved from the place where he previously received it. 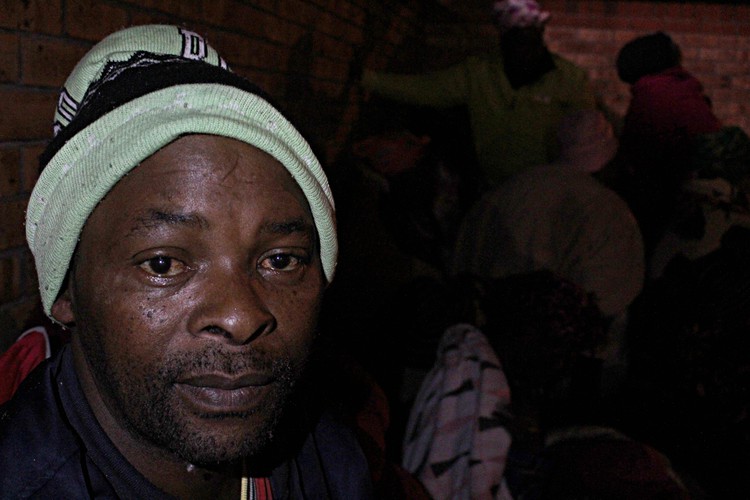 Mzimshi Mqubevu is 48. He had an accident which injured his leg. He came to apply for a disability grant. He lives with his eight-year-old son and wife. “It’s not the first time I have been in this terrible line; it’s the third.” He said it was dangerous. “Muggers always harass us and we often get robbed. We are forced to sleep over because the paypoint closes at 2pm, and not everyone can be served. “We dont have any other option.” 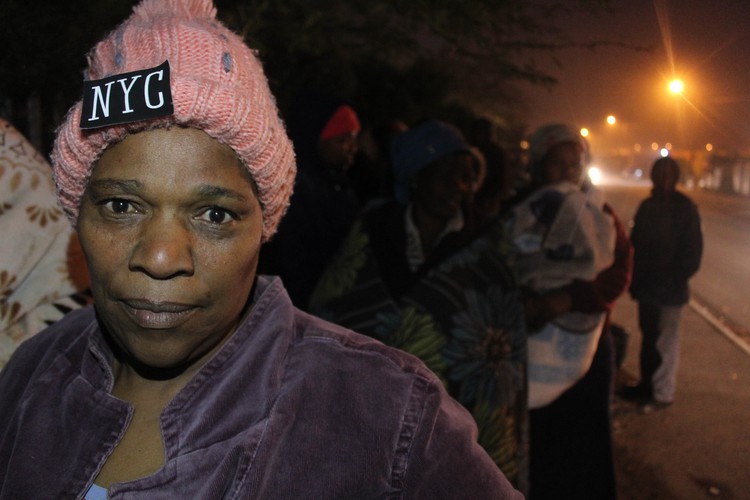 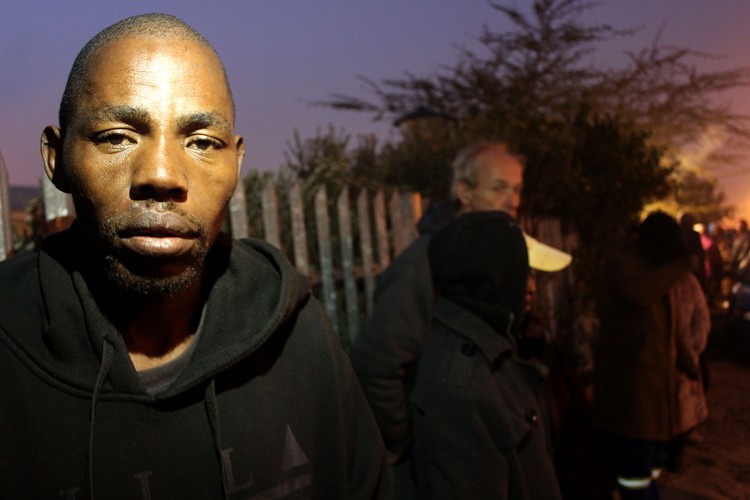 Mthuleli Debese left home at about 3am. He wanted to renew his chronic care grant. “I left home when it was very dark. I was scared but I had no choice.” 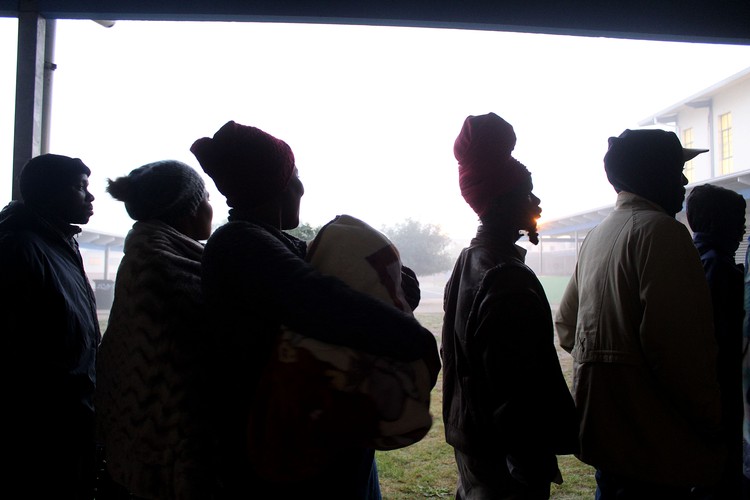