“Do they want a child to drown in one of those pit toilets?”

Parents locked out the principal and teachers at Bhekabantu Primary School in Tafuleni, Pietermaritzburg on Tuesday. They demanded that the principal be fired. They say the toilets in the school are dangerous and nothing has been done to improve them.

Gates were locked and learners did not attend class. Parents also barricaded the road. Broken bottles were thrown on the road.

Parent Nhlanhlo Mbatha said they had raised several problems with principal Mlindelwa Duma but he had ignored them.

“Do they want a child to drown in one of those pit toilets? Toilets for boys and girls are not covered. They have holes. Some of them are full. They smell and they are dangerous. My child does not use the school toilet. She says she is scared,” said Mbatha.

Five of the boys’ pit toilets have no doors and are close to the road.

“The principal doesn’t respect parents. He never listens. We want him out of the school today,” said Mbatha.

She said another problem was that the school was not fenced properly.

“The learners have to chase out cows, goats and horses during learning sessions,” said Mbatha.

Parents demanded that Duma come and address them during the protest. He came, accompanied by an official from the Department of Education from Vulindlela circuit, but did not speak to the parents. Police escorted him from the school premises.

“He must not come back here tomorrow,” said Slindile Gwala.

“Grade R learners no longer use the toilets. They use buckets to relieve themselves. Those buckets stay inside their classes. How can one study while there is a bucket full of waste? Our children are not animals,” Gwala said.

Parents also complained about the suspension of learners, sometimes for weeks.

Dumisile Hlongwa said her son had been suspended for breaking windows by throwing stones.

“My son was chasing out goats that were inside the school. He was suspended from the school for two weeks,” said Hlongwa.

She said her son returned to school after she paid for and replaced the windows herself.

Mahlambi said the department would look into the parents’ complaints.

“We understand the parents are frustrated,” said Mahlambi. But he urged parents not to disturb learning. 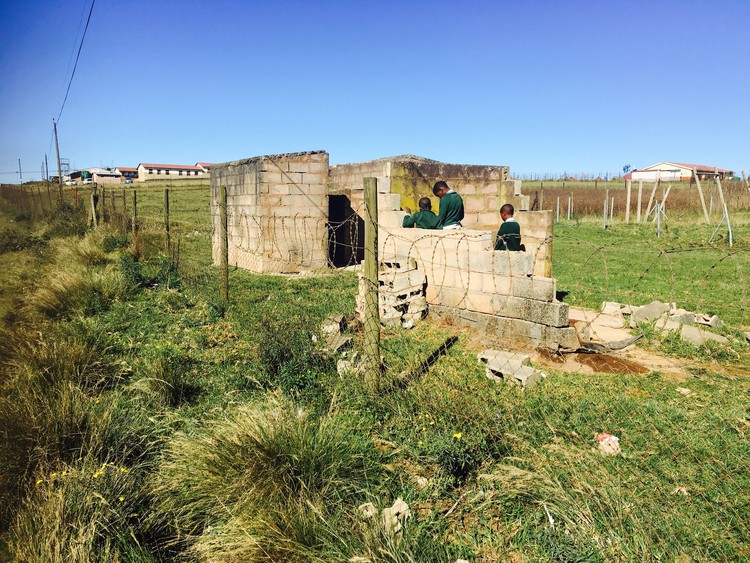 Previous:  Taps have been dry for five years in Eastern Cape village