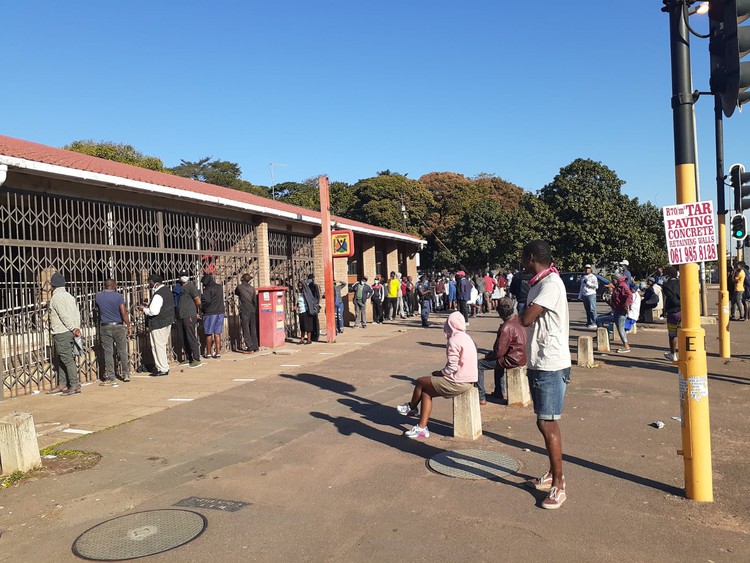 Payments to social grant beneficiaries have continued with few hiccups in KwaZulu-Natal and Gauteng following the riots last month during which scores of pay-points and stores were vandalised.

KwaZulu-Natal SAPO spokesperson Nobuhle Njapha said, “Some of the affected offices are open. Most of the damaged offices are rented and few are owned buildings. We will keep our customers informed about the plan going forward as the infrastructure team works tirelessly to fix the damaged buildings.”

Social grants were paid out at different sites set up by the post office and the SA Social Security Agency (SASSA). SAPO had arranged for social grant payments to be done at the Mega City roof parking area. Another site was set up at the Princess Magogo Stadium in KwaMashu where residents from Inanda, KwaMashu, Ntuzuma and surrounding areas have been collecting their grants in cash.

“Damage ranged from completely gutted offices to looting of computers, PPE items, office furniture and other essentials. Important documents were also destroyed and 17 DSD vehicles in KZN were either stripped or damaged,” Zulu said.

“While urban and peri-urban areas seemed to have either bounced back or made arrangements to work despite the surrounding destruction, smaller towns like Wartburg seemed to have been forgotten with no infrastructure available for payments and beneficiaries sitting in the open air hoping that EasyPay will pay them,” she said.

Naidu said beneficiaries at post offices in Howick and Pietermaritzburg did not have access to tents or public toilets. She said most sites had extremely long queues but beneficiaries were patient in towns like Pietermaritzburg, Howick, Dalton, Umzinto and Scottburgh. Beneficiaries from surrounding areas with no available payment channels had to travel at their own cost.

“Beneficiaries did feel that if their community pay points had not been closed, they wouldn’t have needed to travel far to collect grants. Overall though, we have to commend SASSA, SAPO, banks and retailers for working together to provide various payment channels for affected beneficiaries and for being responsive to the needs on the ground. We also witnessed SAPS and SANDF constantly patrolling to ensure the safety of communities,” said Naidu.

Next:  Vaccine denialism kills: Mail & Guardian has let down its readers

Previous:  Elderly people waited in vain for hours for vaccines at Gqeberha site