No arrests after deaf boy mauled by dogs 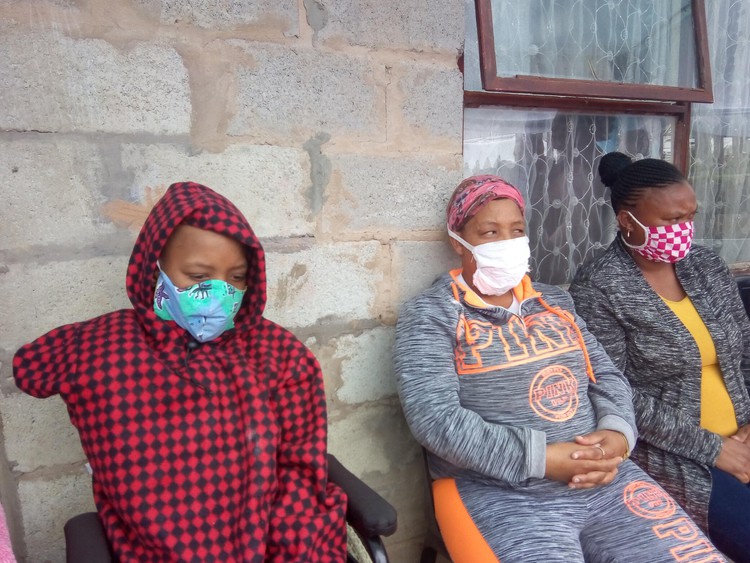 11-year-old Jeniel Jafta with his mother Leonie Jafta outside a relative’s house on Friday. Jeniel, who is deaf, was discharged from his three-month stay in hospital where his arm was amputated after three dogs attacked him near his house in June. Photo: Siphokazi Mynobe

Relatives of Jeniel Jafta say he had just begun learning how to communicate with friends and family through sign language when he was brutally attacked by three dogs near his home in Hornlee, Knysna.

His mother, Leonie Jafta, said the attack left her 11-year-old, who was born deaf, with several serious injuries that included the amputation of his left arm.

Jafta said Jeniel was playing with friends on a sports field near their house when three dogs attacked him on 2 June. Jeniel spent the last three months undergoing several surgeries and recovering at Red Cross War Memorial Children’s hospital in Cape Town, she said.

While all three dogs have since been euthanised by the Knysna Animal Welfare Society, Jafta said very little has been done to hold the owners accountable.

“My poor child now has one arm. My child’s life has changed, he won’t be able to communicate effectively using sign language or play with other children like he used to because he is now a bedridden,” said a tearful Jafta.

Southern Cape police spokesperson Sergeant Chris Spies said the matter was still under investigation. “No arrest has been made yet, but the investigation is at an advanced stage. The docket will be handed to the National prosecuting Authority who will decide whether to prosecute or not,” he said.

Meanwhile, Jeniel’s family held a small party on Friday to celebrate his release from hospital.

Jafta said their fear is that they won’t have the means to provide adequate care and support that Jeniel now requires. Jeniel, his parents and four other siblings, aged 12 to nine months old, live in a small one-room shack in a backyard.

The yard is muddy and since returning from hospital, Jafta said Jeniel has been struggling to move around so he mostly stays in bed.

Jeniel’s father Granville Bond said he recently lost his job as a result of the lockdown and battled to take care of the children while Jafta remained in hospital with their son. “I currently take piecemeal jobs so I can take care of my family during these trying times,” he said.

Andile Tafeni, general manager at the Sivuyile School for Deaf, said Jeniel was making significant progress in his lesson with her. “Jeniel is very sensitive which makes it easy for him to make friends and get along with other kids. He enjoyed sharing and playing with others. In my class he learnt life skills and the basics of sign language. He started doing exceptionally well before this,” he said.

Next:  “We will hit them where it hurts” warns NEHAWU leader

Previous:  Protesters call for Moloto Rail Corridor to be built