Mural tells the story of the Siyangena informal settlement

The story of the Siyangena informal settlement, its hopes and aspirations, are told on a 240-metre-long wall nearly three-metres high. Six Cape Town graffiti artists were commissioned by Philippi Village, a business hub, to make the mural.

Philippi Village was faced with a problem when Siyangena informal settlement sprung up next to it in January 2018. Its 500 new neighbours were using its open land to relieve themselves, and the village was faced with open, unrestricted public access, which posed a possible security threat.

Philippi Village’s management and the leaders of Siyangena held 29 meetings before constructing the wall, which now runs between it and the settlement. In return for cutting off access to the field, Philippi Village provided 12 toilets to the informal settlement and helped the community set up a maintenance and cleaning service. It also committed to covering the initial costs of pumping the toilets.

Siyangena is on land owned by the Oasis Crescent Property Company. The shack dwellers were previously backyarders from Philippi, Nyanga, Gugulethu and other surrounding areas.

Late in 2018, Philippi Village teamed up with story-telling organisation Interfer, graffiti artists and community members, as well as its tenants.

During several workshops the participants tried to visualise today’s Philippi and its future. Over 200 stories were recorded and the artists created a rich imagery to illustrate them.

Godfrey Khiva, a community leader, told GroundUp: “I think it is important that the world knows our story, how we struggled to occupy this land and made it our home and what our expectations are. If this community gets the necessary support, it will not be surprising if we also breed world leaders from this small informal settlement.”

Khiva explained the images to GroundUp. 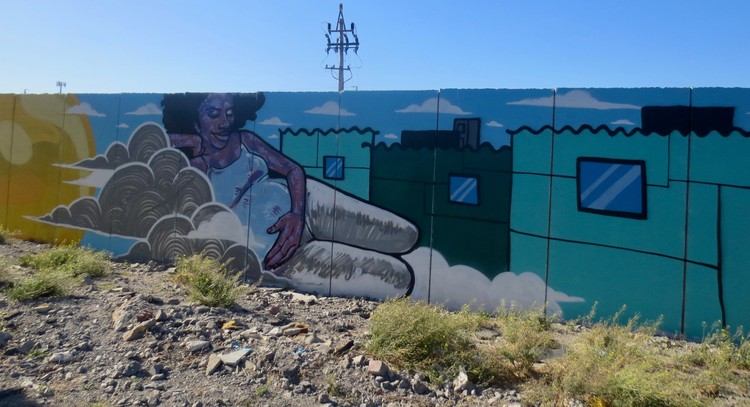 Among the land occupiers were pregnant women, represented by Thembi in the mural, a fictional character. They slept on open ground. The sheriff and police harassed them during the day, but they would return at night. The community was angered and defied attempts by law enforcement to evict them, including the confiscation of their materials for building shacks. 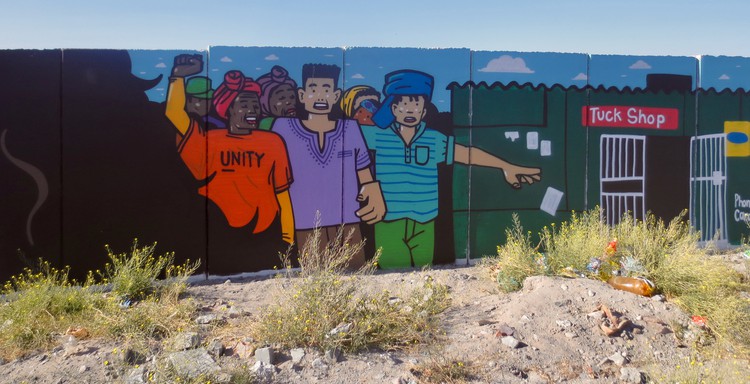 As the community became more united spaza shops were established. There is a Shoprite nearby but it closes too early for many. 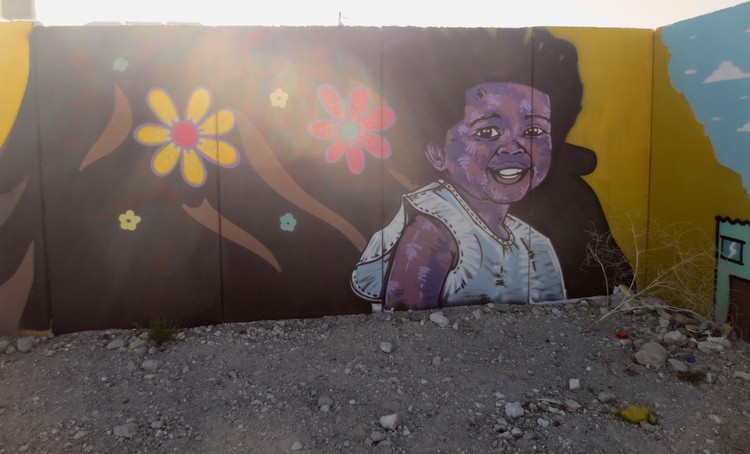 Thembi gives birth in the story and yearns to see her daughter grow up in a better Siyangena. 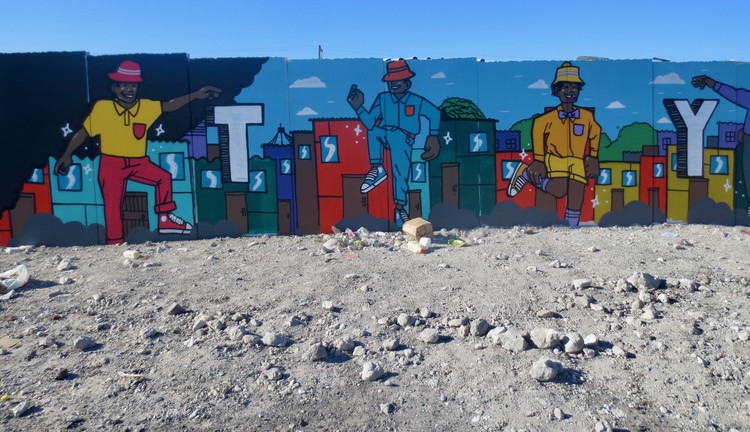 The community hopes young people will take part in positive activities and keep away from drugs. 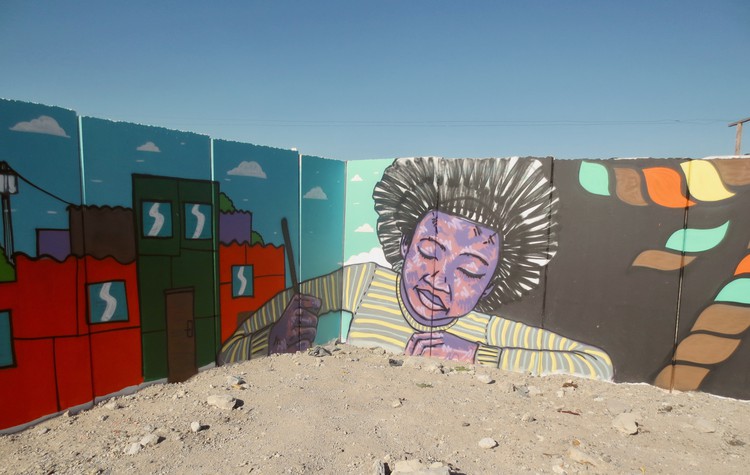 The community looks forward to having its own school so that children do not have to travel far to learn. 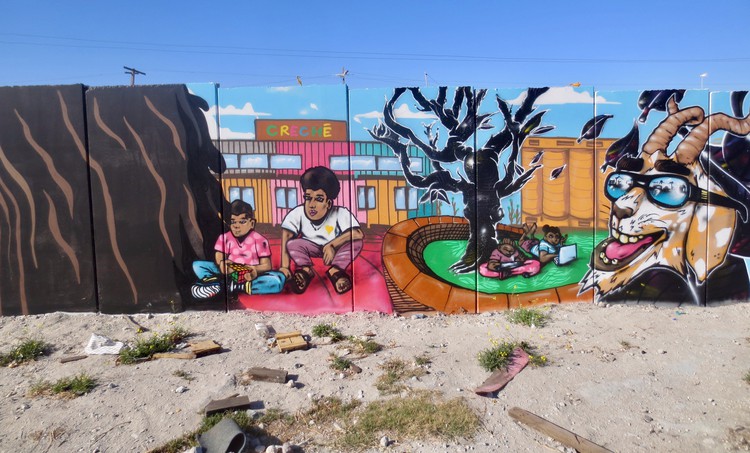 The community wants a safe environment, where children can play outside or read books in the shade of a tree near to their homes. 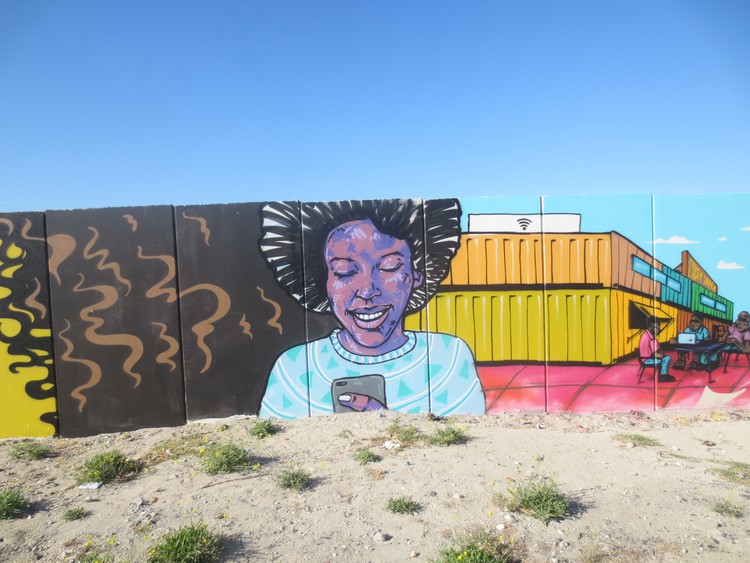 A developed Siyangena would have free WiFi for the community. 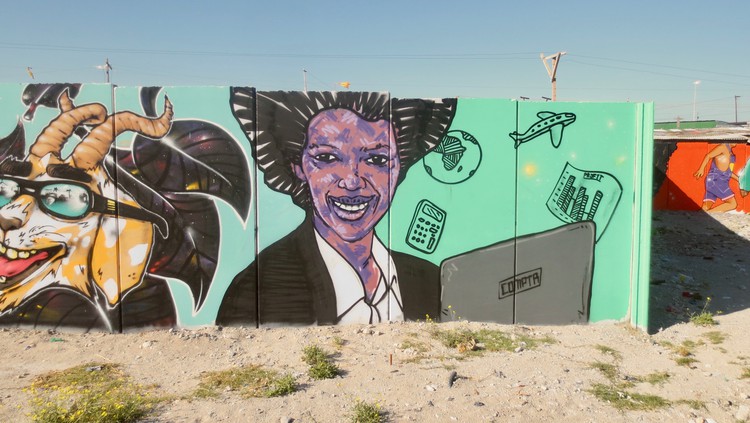 The youth, once educated, would give back to the community, but also look for new opportunities in Africa and beyond. 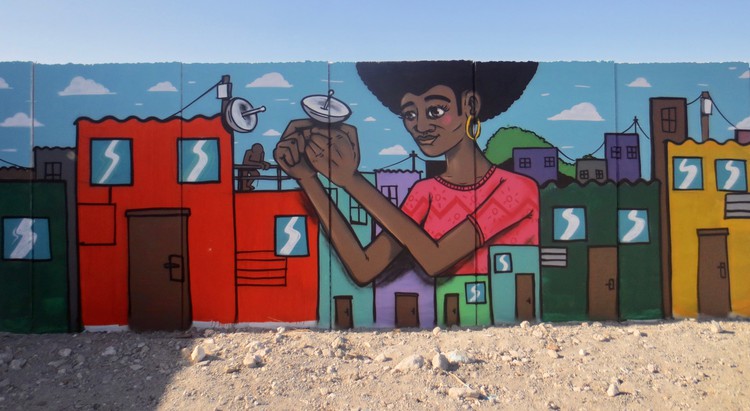 Siyangena residents want electricity and to have their homes formally connected to the grid. 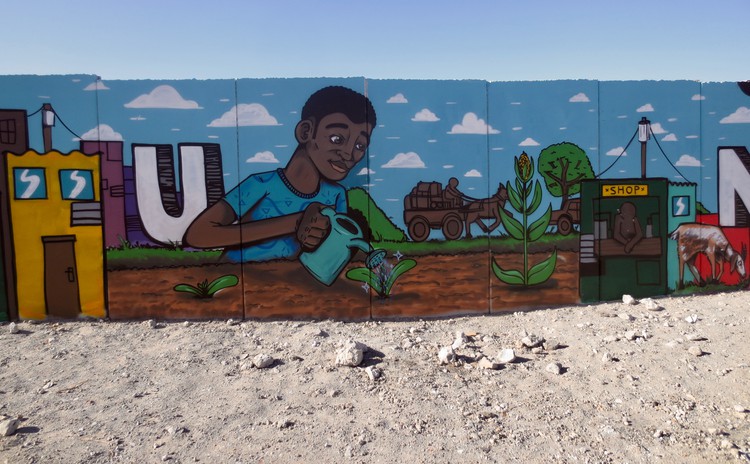 There is already an open space where the community is planning to do gardening and later introduce a soup kitchen. 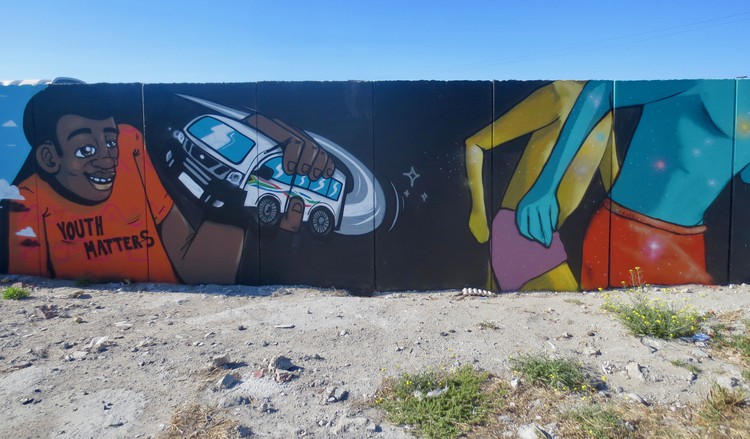 The youth are the future of Siyangena and need sport and other activities to keep them far away from a life of crime.

Next:  Court gives Hermanus occupiers till June to oppose eviction

Nice wall. But what about the community?

Thanks for the story and beautiful pictures. However, I'm not sure I get a sense of how the communities on either side of the wall manage to co-exist and brokered a lasting relationship going beyond fear and mistrust. Perhaps Bernard Chiguvare could clarify?