More than two years ago an Eastern Cape Department of Education official told GroundUp that leaking classrooms and broken toilets at Ndlumbini Junior Secondary school in Port St Johns would be fixed. Nothing has been done. The school has been waiting since 2012.

Teachers at the school, in Khwanyana village, Port St Johns, have lost hope that their school will be fixed or replaced.

Nine classrooms leak. The learners are sent home when it rains. There are not enough chairs and some learners sit on upturned buckets to work.

Mlamli Lubelu, principal of the school, says they have been waiting for a new school for seven years. “In 2012 we were promised that the school would be fixed but that never happened”, added Lubelu.

When GroundUp first visited the school in 2017 Lubelu said they had been told that the school was number five on the list of schools to be renovated. Eastern Cape Department of Education spokesman Malibongwe Mtima told GroundUp then: “We will meet with the district and we will fix the school.”

But nothing has been done.

“Our classrooms are still leaking. The situation has gone from bad to worse as you can see”, said Lubelu. “If we were really number five, we should’ve had the new school by now.”

“It’s difficult to work under these conditions,” he said. When it rains they have to use buckets to catch water falling from leaks.

The school has 362 learners and 11 teachers.

“Our school is unrepairable, it needs to be built from scratch. These are prefab classrooms that were meant to be temporary,” said Lubelu.

“I was a learner in this school using the same classrooms that these learners are using,” said one teacher. “Why is there no development in our school?”

“The toilets are not safe but we are using them anyway because we don’t have any other choice.” 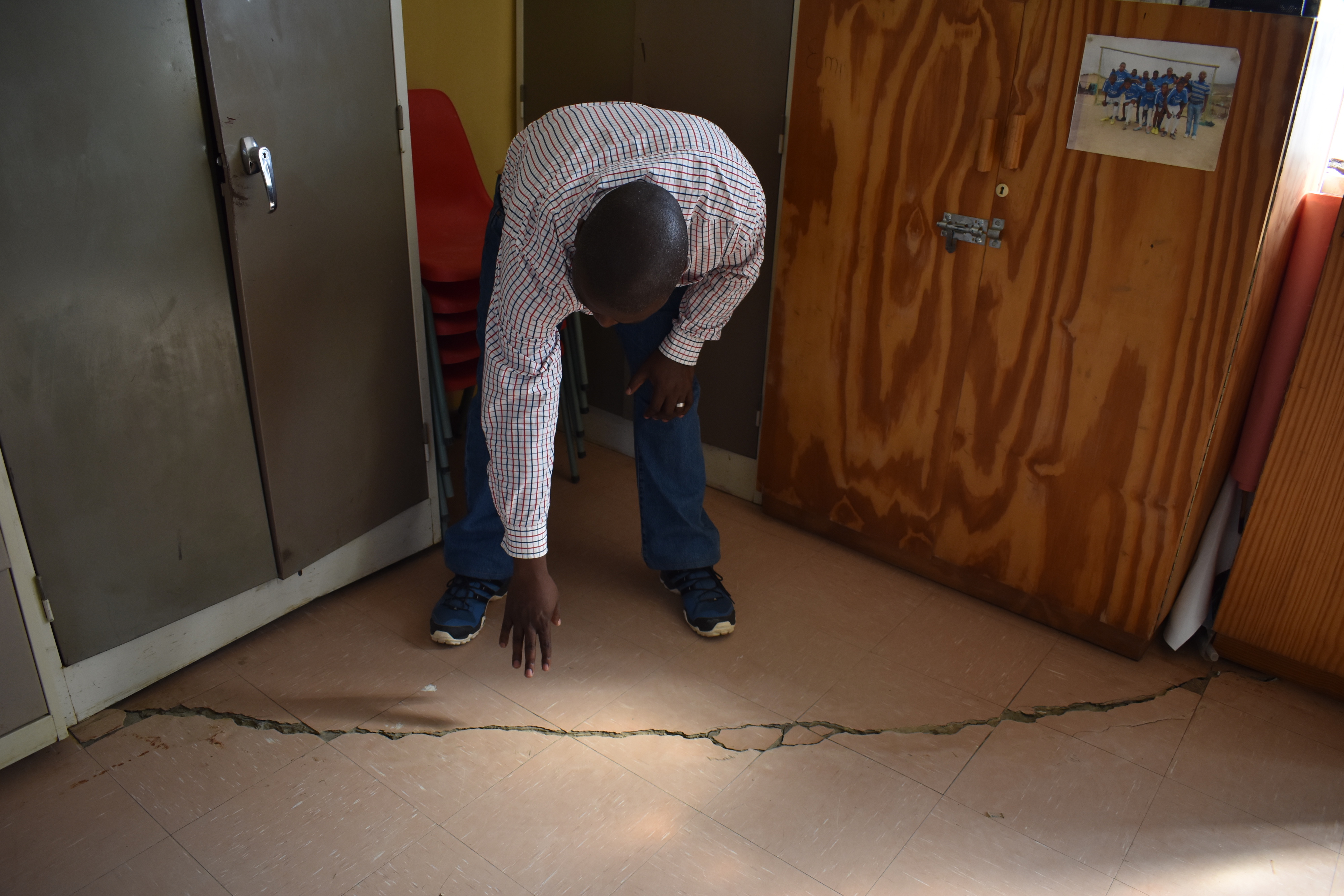 Parent Nofezile Nomalayisi believes that the department does not care about schools in rural areas. “Maybe they want us to protest just like in townships because most of the time they get everything they want.”

“We can assure the community of this school that the matter is receiving the attention of the department,” he said.

Asked to explain why nothing had been done since his previous promise to the school, he did not respond.

Next:  Dunoon land occupiers club together to pay for lawyer