Thousands of learners protest in Kraaifontein

Thousands of learners from numerous schools in Kraaifontein joined together on Thursday to protest against overcrowding in their classrooms.

The protest, which started outside Bloekombos Secondary School, followed a smaller protest on Wednesday. Some parents joined the protest and shut down the road and school from about 9am. As the day progressed, learners from Masibambane Secondary School, Wallacedene Secondary and Hector Pietersen High all joined. Those schools closed their doors as well. 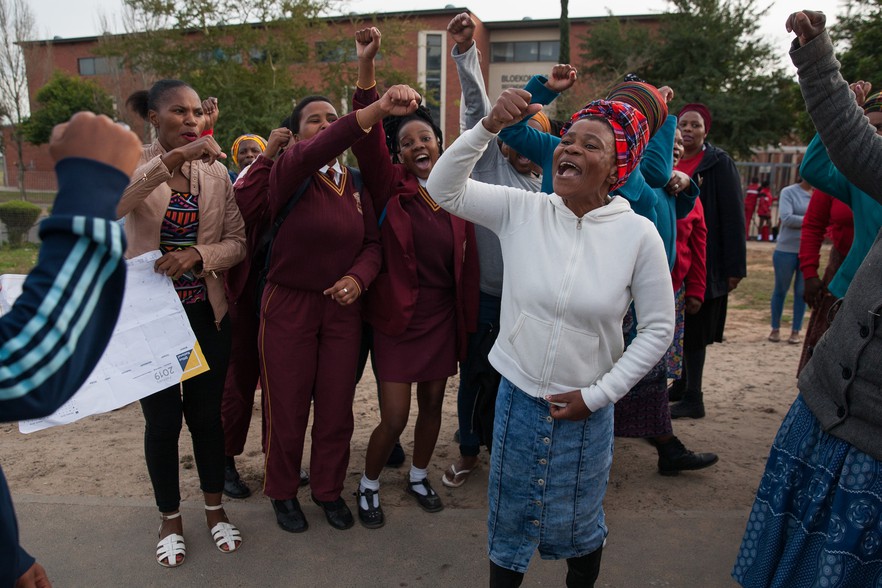 Parents joined students to protest outside Bloekombos Secondary School in Kraaifontein. They are demanding a new school.

Earlier this week, department spokesperson, Jessica Shelver said that the department would not be building another school in the area. She said that there were other schools in surrounding communities where learners could be accommodated. 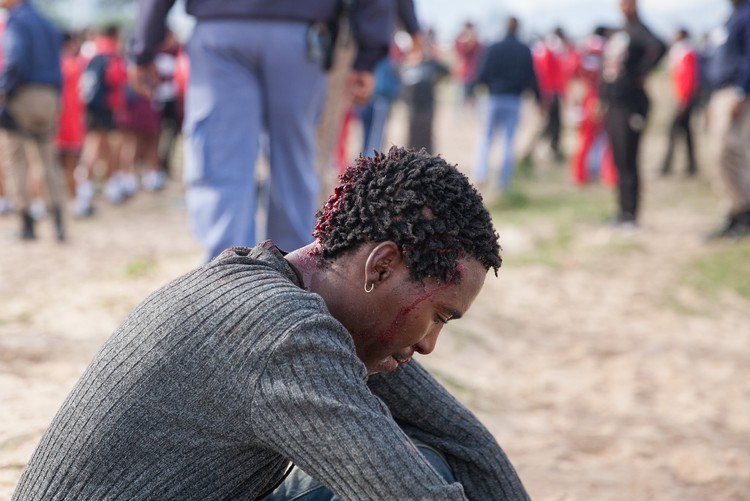 A man is beaten up and detained, presumably for breaking into the school.

As students and parents protested in the street, the school was broken into at the back. Burgler bars from two windows had been bent where someone entered. Apparently chairs were stolen. Learners with belts in hand and law enforcement made chase. A man was caught, but it is unclear who beat him up. He denied stealing the chairs and said that they were given to him. He was detained by law enforcement. 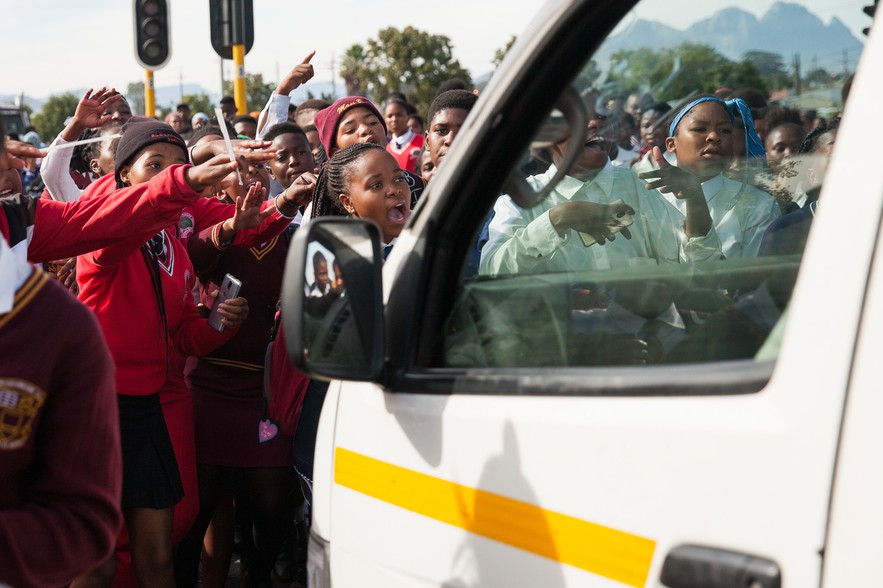 Occasionally, protesters prevent vehicles and taxis from driving through the street.

A teacher who wished to remain anonymous said that Bloekombos Secondary School has over 2,000 students when it is only meant to have a maximum of 1,200. The teacher said that his class has 84 learners in them and “half of them are sitting on the floor”. He said that he’s not sure if exams will take place. Exams for grade 12 students are scheduled to start on Friday and other grades on Monday.

There’s so many students that teaching here is crisis control, he said.

Indiphile Mvana, a grade 12 student, said that some of the children will have to write exams outside. “What if it rains?” she asked. Mvana says that there is a shortage of text books and furniture in the classrooms and some classes have one teacher for 80 learners. Mvana said that she is struggling to study like this. “We are demanding a new school”. 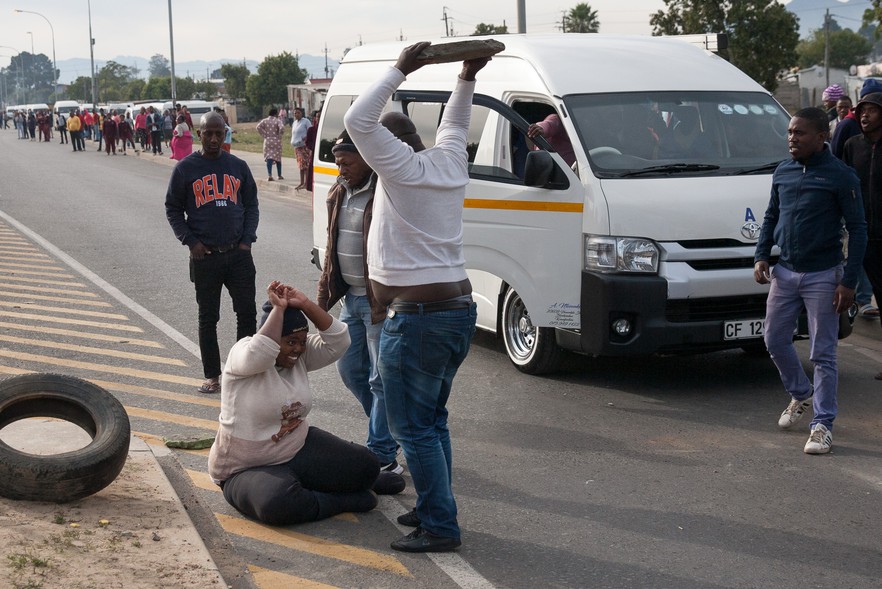 On one occasion, a taxi refused to reverse. A passenger who sat in the front got irate and gestured aggressively. When he got out, one of the protesters fell to the floor. He then threatened to bash her with a piece of concrete, but did not. 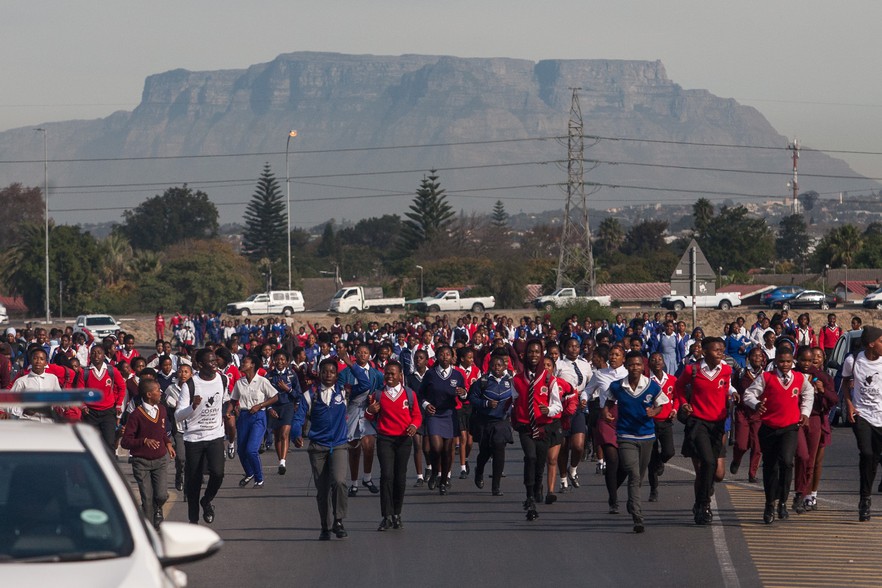 “We are the most populated schools here in Kraaifontein,” said Chricentia Masilo referring to Bloekombos and Masibambane Secondary School.

A grade 11 student at Masibambane Secondary, Masilo said that she is aware that government has built other schools, but they must supply free transport. She says that many school are overcrowded because parents can’t afford transport and high school fees. 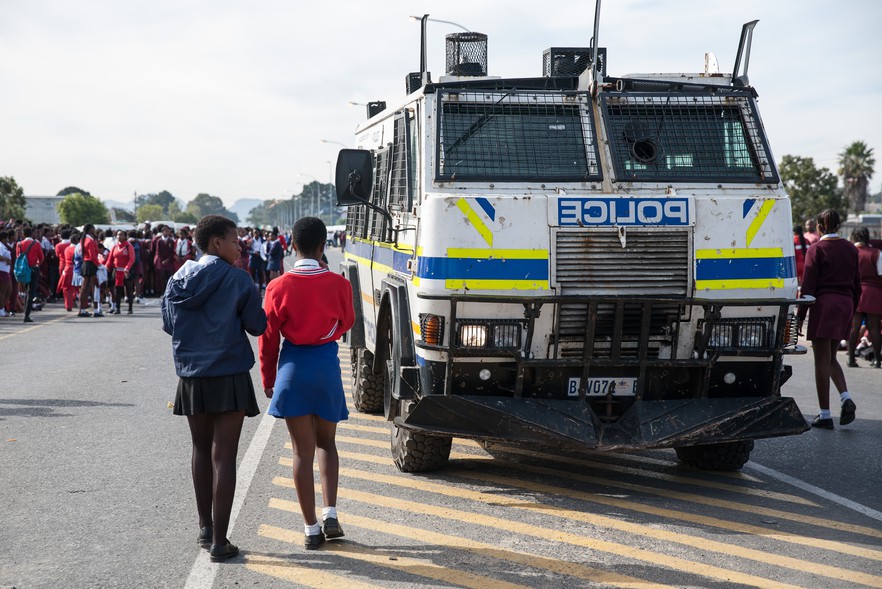 According to the Western Cape Education Department’s 2019’s enrolment figures, 15 new schools and over 480 teachers would be needed to accommodate the increase in students this year. Titled Western Cape schools bursting at the seams the media statement said that the province had an increase of 18,285 learners this year, “16,285 of which are from outside the province” (the statement doesn’t say what percentage increase this is).

Next:  Home Affairs asks UN for help with refugee backlog

It's sad that students have to be in bewilderment because of the overcrowded classes and environmental conditions that they face. This is an upheaval situation which our government is shunning away from. Black children's education has always been compromised.

The demise and conditions they learn under is not conducive at and frustrates educators. Which in consequence will yield terrible results for our respective schools. It is not a shame what these learners have decided to embark on a regular approach to protests against the overcrowding in classes.

One can only imagine the anxiety and frustration those learner's are experiencing. Your final year should be memorable and organised so that you are ready to take on the examinations. If you think about it, 80 learners in a class means 80 hand outs. This just adds more to the cost of keeping a school up and running. It's sad to see that learners had to take this route. Hopefully the government voted into power will use their power to bring change, as they have promised so convincingly.