Shack dwellers whose homes were destroyed by fire on Sunday have moved onto vacant land where the fire started, to keep out the “thugs” whom they accuse of starting fires in the area.

The five families whose shacks were destroyed have been joined by other residents on the vacant land near Noluthando School for the Deaf. They used wooden planks and strips of plastic bags to mark out their plots.

Community leader Thabiso Nongwejana said the vacant land, which is separated only by a vibracrete fence from the shacks which were burned down, is used by “thugs” as a place to use drugs.

Nongwejana said the families were angry that the land was vacant and unused while they were staying in crowded shacks and needed land. He had been living with his two sisters in a small, crowded shack, and wanted a place of his own. He said the residents would take steps to ensure that the new settlement would not be prone to fires. “We will build our new shacks far apart to ensure that fires don’t easily spread from one shack to another when they break out,” he said.

Nongwejana said Sunday’s fire was the third this year. “Thugs who smoke here cause the fires.”

But one resident of BM section opposed the land occupation and angrily asked the occupiers: “After you have occupied the land, where are we going to shit?”

The fire, which broke out mid-day on Sunday, destroyed five shacks. 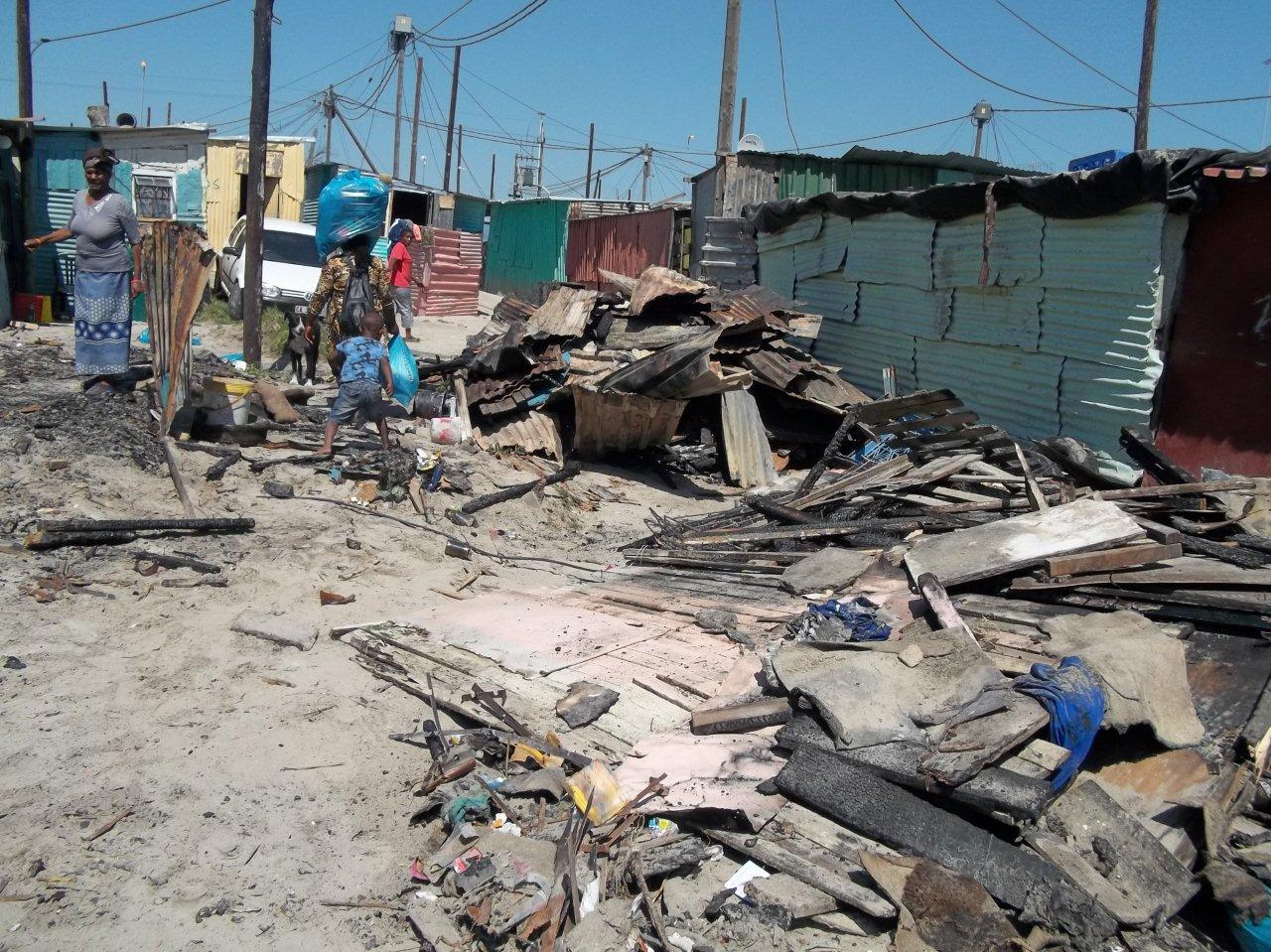 Vuyelwa Mavi, 51, said a shack belonging to her four children had burnt down with all their belongings.

Mavi also blamed “thugs” on the adjacent land for starting the fire. “They were getting cables ready to be sold at scrap yards by burning them when the grass, and trees caught fire,” she said. The fire had spread from the trees to the shacks below, she said.

Mavi said the residents could not extinguish the fire because communal taps were not producing water when it started.

Noxolo Maswana, 23, who works as a street sweeper, said she had lost her shack and her clothes, wardrobe, cupboard, fridge, microwave and TV. She had marked out her new plot on the vacant land. “I will go to Town Two and buy myself a new shack that will be big enough to accommodate my relatives from the Eastern Cape,” she said.

Luthando Tyhalibongo, Media Manager, City of Cape Town, said: “The land being referred to is City-owned. We will communicate further details in due course.”

Next:  How a hijacked organisation scored millions from the Lottery