Khayelitsha residents have torched the house said to belong to a man who is suspected of killing 19-year-old UCT student, Uyinene Mrwetyana.

Ward 94 councillor Patrick Mngxunyeni told GroundUp that residents had organised a meeting on Tuesday after learning that the suspect was from the area. “The community wanted to know what will happen to the man should he get bail”, said Mngxunyeni.

City’s Fire and Rescue Services spokesman Jermaine Carelse said the 14 firefighters who went to the scene on Tuesday night had been confronted with a volatile crowd.

The crew feared for their lives and withdrew while the crowd banged on the firefighting vehicle, he said.

Mrwetyana’s body was found in Khayelitsha.

Some residents believed social media messages that the man accused of her murder had been released on bail. They dug a hole at the house in which they intended to bury him if he was found inside the house.

The 42-year-old man, who cannot be named because he has not yet pleaded in court, was described by his neighbour as a soft-spoken church-loving man who kept to himself.

“His wife left him last year around this time last year and I have never seen him with another woman. He was kind and carried a Bible. He offered Bible studies and prayers to people,” said the neighbour. But he said his sisters found something “creepy” about the man. 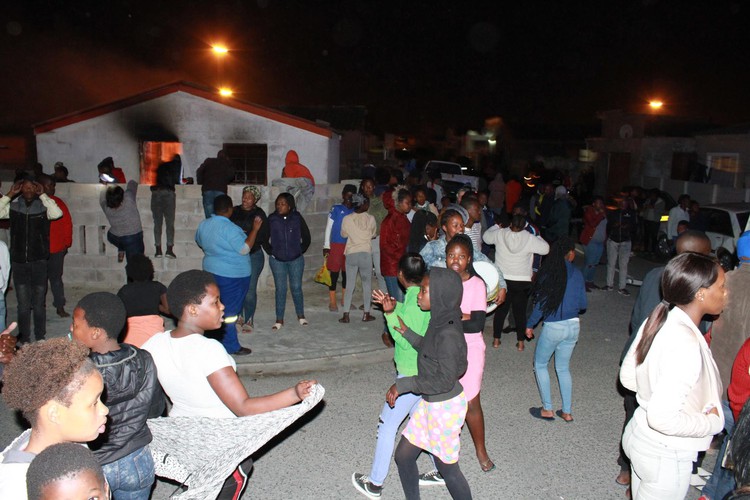 The crowd outside the house was quite large.

Nangamso Dlova from Khayelitsha said residents would take matters into their own hands if he was let out.

“He fooled all of us, pretending to be a man of God while he is a monster. They must give him bail. We will sort him out,” said Dlova.

Lieutenant Colonel Andre Traut confirmed that a house in I-Section, Khayelitsha had been set alight by community members. “The owner of the property cannot be identified and the circumstances surrounding the incident are under investigation,” said Traut.

He said rumours on social media that bodies had been found were false.

No arrests have been made. 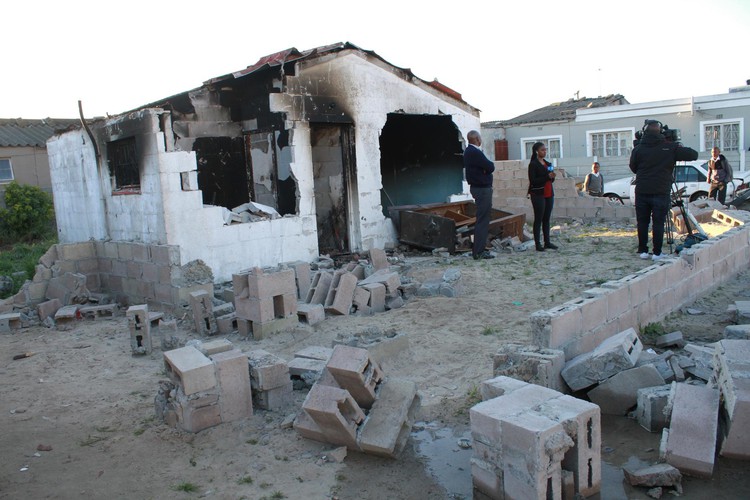 The charred remains of the house on Wednesday morning.

Next:  Uitenhage taxi drivers join protests against crimes against women