Shack dwellers demand the nearby sewage pump station be fixed 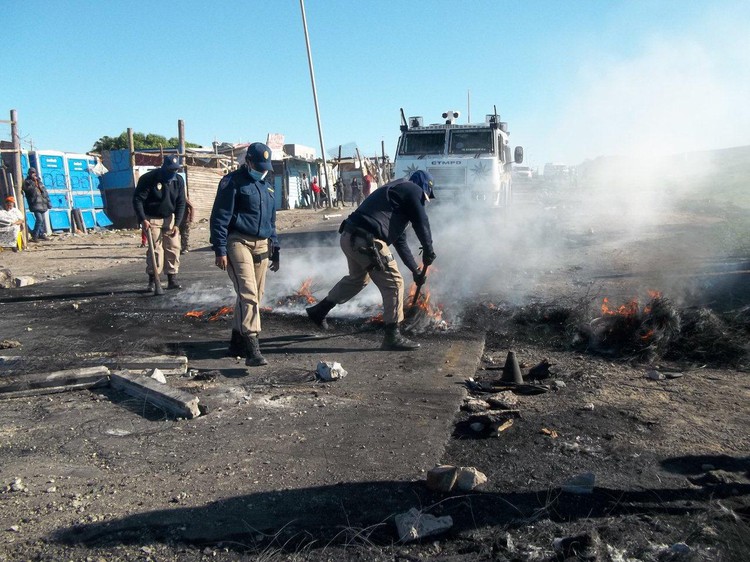 Law enforcement officers clear charred rubble and tyres from Swartklip Road after residents of nearby Ndlovini informal settlement in Khayelitsha protested on Tuesday, demanding that the Swartklip Pump Station be repaired and calling for speed humps to be built along the road. Photos: Vincent Lali

When GroundUp arrived, metro police had moved protesters from the road and were extinguishing some of the burning tyres.

Community leader Thabang Moloi said faeces mixed with water overflows from the pump station across the road into the shacks. “The pump station has been damaged for ages, but the City is doing nothing about it. We want the City to repair it,” he said.

“Whether we are asleep in our shacks or going about our daily business, we breathe in the foul smell from the shit and pump station,” said Moloi.

Abongile Mdingi said the pump station was already damaged when he moved to Ndlovini two years ago.

Zamani Kraai’s shack is next to Swartklip Road. He sells eggs to support his wife and three-year-old daughter. He said the dirty water from the pump station had practically put him out of business. “The other day the dirty water pooled outside my shack. My chickens drank it and they died,” said Kraai. Only seven of his 50 chickens survived.

Caroline Koopman explained that the call for speed humps comes after a ten-year-old boy was killed by a speeding car two weeks ago. “The driver lost control of his car while passing over the shit and dirty water that was scattered on the road,” she said.

Barbara Sias said a car ploughed into her shack two months ago, damaging her microwave, fridge and wooden plank flooring. “My husband and I are pensioners. We don’t have money to fix the floor and buy new electrical appliances.”

Xanthea Limberg, City of Cape Town mayoral committee member for waste and water, said the pump station malfunctioned frequently because of foreign objects, especially rags, thrown into the system. “Because of this, one of the two pumps needs to be replaced.” She said the pump would be replaced this week and the area would be cleaned up afterwards.

This article has been updated with comment from the City of Cape Town. 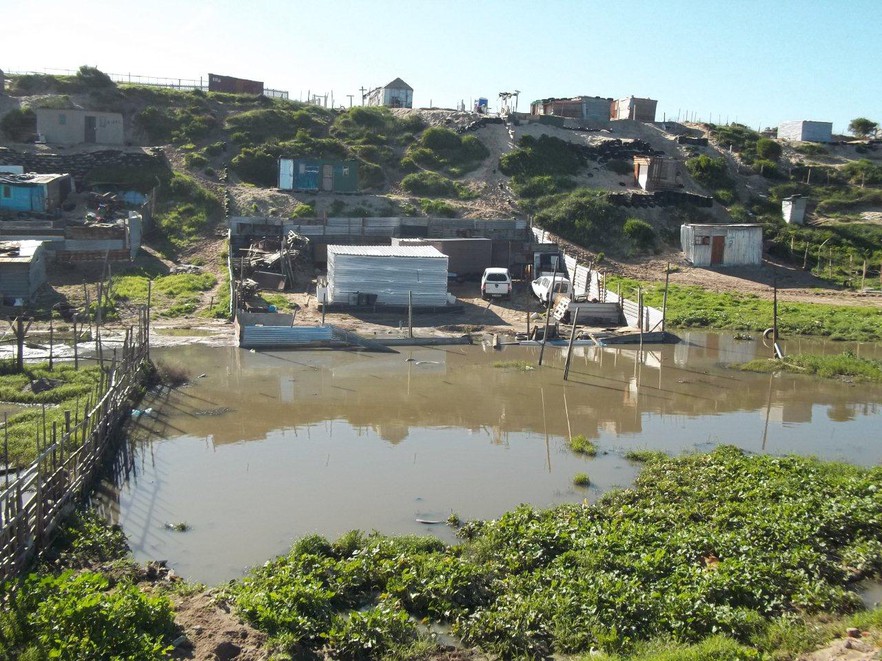 Sewage from the overflowing pump station often pools outside shacks near Swartklip Road.

Next:  Video: The death of Ishmael Gama at the hands of Gauteng police