I can’t even let someone hold my kids on their lap, says rape survivor

Mother tells of successive rapes when she was a child

“I can’t even let someone hold my kids on their lap,” says KwaNobuhle rape survivor Sisanda Solomon.

Solomon, who spoke about her experience at an event in KwaNobuhle township in Uitenhage at the weekend, said she had been raped repeatedly by the same man when she was four years old.

“Rape takes something away from you. A small something dies inside of you.”

“A man saw himself as God and took a decision to rape me.”

Solomon said she had never spoken about her ordeal to a big audience before. “I speak about it because I want you to know there’s a light at the end of the tunnel.

Solomon described how her rape had left her with deep distrust. ”I have three kids, but I don’t want anyone around them. If I am not at home, I call home 20 times.”

“I can’t even let someone put my kids on their laps.”

More than 300 women carried placards through the streets to the fan park, which they turned into a place of worship. They sang, prayed, lit candles and many of the women cried publicly, blaming men for killing women. 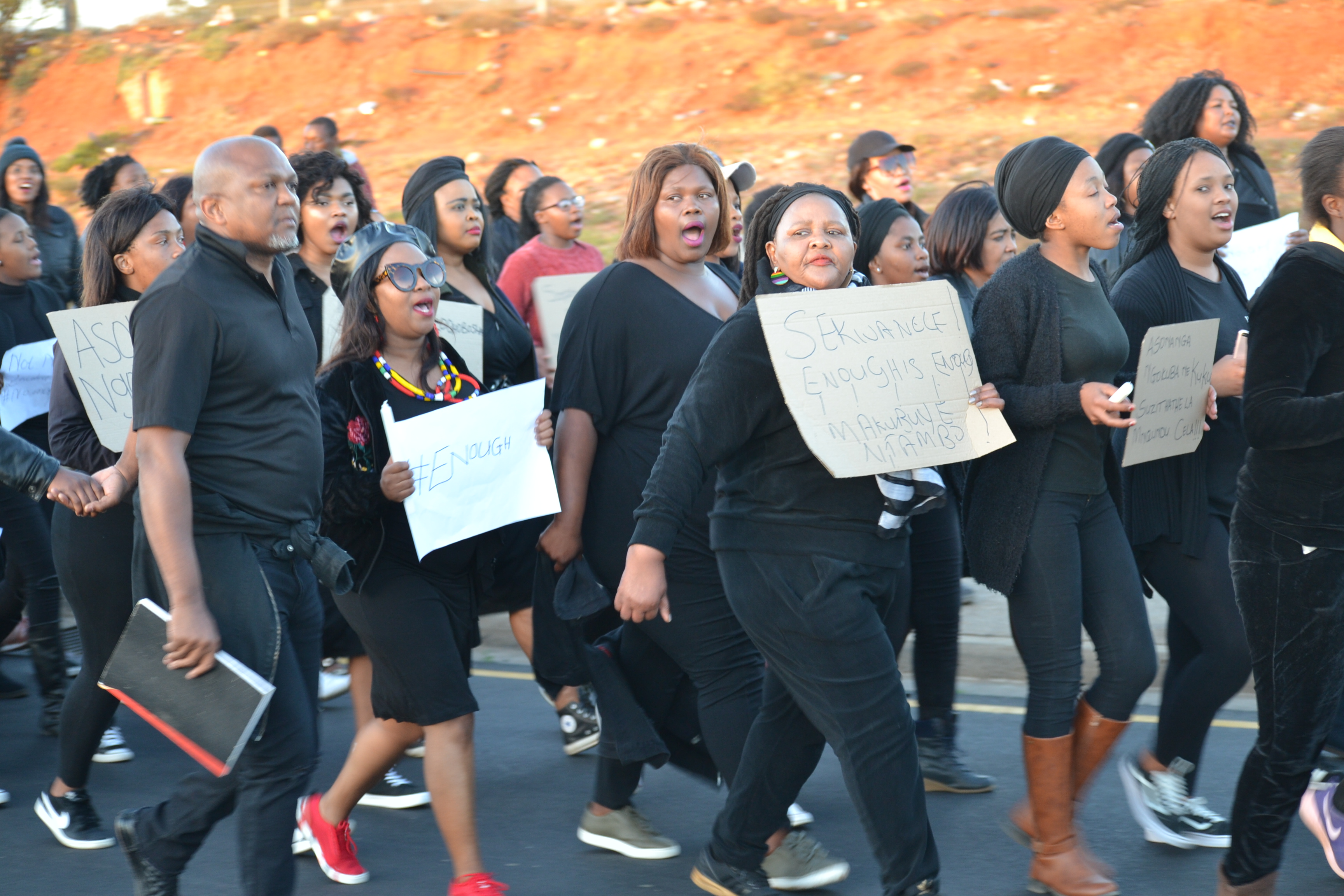 Women dressed in black marched through the streets of KwaNobuhle in protest against violence against women. Photo: Thamsanqa Mbovane

Both groups were heeding the nationwide call to condemn ongoing violence against women and children in South Africa.

In Port Elizabeth, leaders of the DA and ANC sang the national anthem together on the doorsteps of the City Hall.

Next:  Two people dead in a stampede as shops are looted

Previous:  PRASA’s Swartz back in court in October