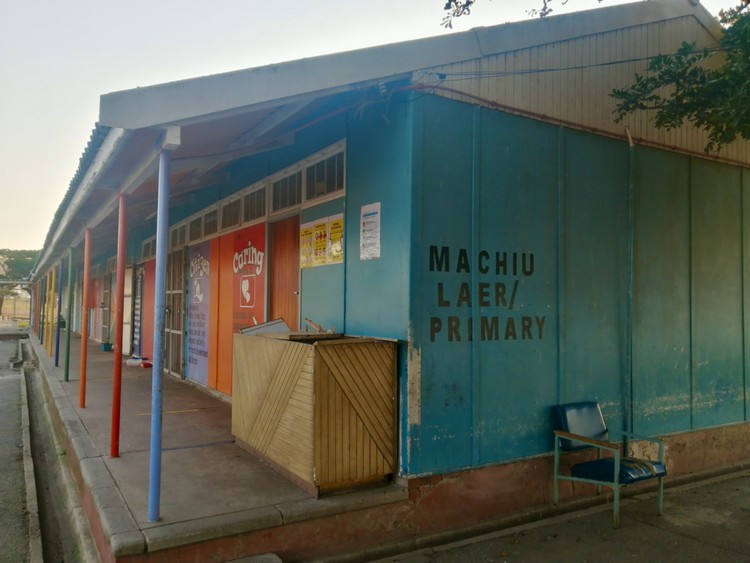 A South African Human Rights Commission (SAHRC) monitor, going against the departments of education and health, closed Machiu Primary School in Salt Lake, Port Elizabeth, on Wednesday morning. This was after three teachers tested positive for Covid-19 and a learner had a high temperature during screening.

The monitor, Professor Basil Leverment, accused the Eastern Cape departments of education and health of being reckless with the lives of learners.

Only grade 7 learners had returned to the school, and both the departments of health and education said the school need not be totally shut down, but deep cleaned.

Loyiso Pulumani provincial education spokesperson said, “The school will close for three days to allow for cleaning and decontamination. The three days starts as soon as cleaning crew gets started.”

Leverment told GroundUp: “We have agreed with the parents and community that we won’t allow the school to be reopened.”

“We visited the school with a group of about 15 to 20 parents in the morning after we were tipped off by one of the teachers about Covid-19 cases at the school … We ordered the school principal and SGB to shut down the school,” he said.

“Instead of shutting down the school both departments insisted that the school only be closed for three days for fumigation. We viewed that as being irresponsible and reckless.

“Then the parents started to be volatile and swearing. One of them even shouted and wanted her child out of the school premises. More parents and community members also came in and we had to call the police,” said Leverment.

“We propose that all the schools must be shut down. Children be taught by their parents at home. Also the Department must give all the learners a blanket pass. Allow only grade 12 to continue with their studies,” he said.

The National Association of School Governing Bodies (NASGB) has also called for closure of schools from grade R to 11. Mongameli Peter, its provincial chairperson, said, “Since the reopening for grade 7 and 12, there has not been any effective learning and teaching anyway” since schools kept opening and closing.

“The source of the problem arises from what we continue to note as the unpreparedness of the department,” he said.

Next:  Bulelani Qolani: What happened before he was dragged naked from his shack?