How a woman secures her shack when it rains

“I know I am supposed to be happy just like everyone else but for me rain means sleeping with one eye open,” says Masiphumelele resident Zimkhitha Sihlo.

The 21-year-old shares a one-room shack with her three-month-old baby and 70-year-old mother, Nothayimile, in the Masiphumelele informal settlement near Fish Hoek, Cape Town. Her mother has a heart condition and has just finished treatment for pneumonia.

The informal settlement where Sihlo’s shack is built, remains damp throughout the year because it is situated on low-lying wetlands. The area floods when it rains.

In March, GroundUp reported on some of the daily problems residents deal with, from a lack of toilets to open sewage.

In recent months, community leaders, the City of Cape Town and the office of the Public Protector have been discussing ways to improve the settlement. One of the suggestions is that people living on the periphery be moved to dryer land. Sihlo and her family would be one of the households to benefit from this.

When we visited the area, Sihlo had just returned from submitting an application for a child support grant. Sihlo’s mother was sitting snug under a large blanket with her baby because they were forced to leave the door to the shack open. “We want the house to dry so it does not smell,” she explains.

Large stones were placed underneath all of the furniture inside the shack. This, she explained, prevented her belongings from getting damp or damaged when her shack flooded. Pieces of old clothes newspapers have been tightly pressed into gaps between zinc sheets to block the cold wind. The mat on the floor of her shack was soaking wet.

Many of her neighbours have mounted their shacks on wooden stilts and pallets to prevent their homes from flooding. Sihlo says she collected tar rubble from a site where workers are fixing part of the road nearby and put it around her shack to prevent further flooding.

“The water comes in from the ground under the shack. I don’t know what to do anymore. Lifting the shack up costs money that I do not have.”

Sihlo has lived in Masiphumelele for nearly two years. She works for the City’s Expanded Public Works Programme (EPWP) and earns R2,000 for every 20 days worked. “Most times when it rains, we do not work. This means it’s one less day I’m paid. We are informed in the morning whether we will be working or not,” she says. Sihlo used to live with her aunt in Philippi but after finishing her matric the job opportunity arose in Masiphumelele where she stayed with relatives for a year before moving out.

She uses a paraffin stove for cooking and to dry her baby’s clothes. “I don’t mind staying in a shack. This is all we can afford.” 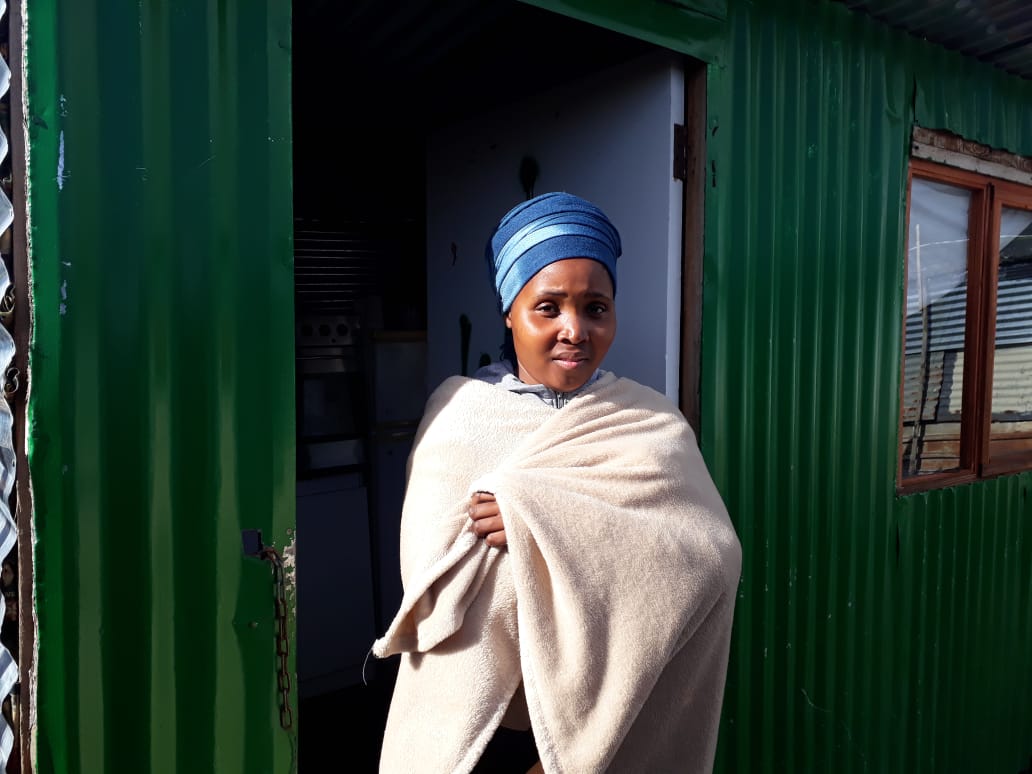