A demerit system on drivers’ licences will be introduced soon, says Transport Minister Blade Nzimande. Motorists will start every year with 12 points and deductions will be made on the basis of the severity of offences. If a driver loses all 12 points he or she will no longer be able to drive for the remainder of that year. Nzimande said the bill enabling the system was on President Cyril Ramaphosa’s desk and waiting to be signed into law. Meanwhile, Nzimande yesterday announced a 48% decrease in Easter road fatalities – from 309 in 2018 to 162 in 2019.

Zondo: what action did SAPS take?

The chair of the state capture commission, Deputy Chief Justice Raymond Zondo, has called for information on steps taken against SA Police Service (Saps) staff implicated in evidence. This follows mind-boggling claims from former KZN Hawks head Johan Booysen that a fellow police officer who tried to bribe him was still in office eight years later. Booysen said Colonel Navin Madhoe put R1.4-million in his car boot in an attempt to persuade him to drop an investigation into Zuma-connected KwaZulu-Natal businessman Thoshan Panday. Madhoe allegedly enabled police procurement deals worth more than R60-million with Panday.

Shrimp in five UK rivers have been found to have traces of cocaine in their system. Researchers believe the cocaine and traces of the drug ketamine ultimately got into the freshwater shrimp’s systems after human consumption (through urine or untreated sewage). The tests were done in rivers in Suffolk County, north-east of London.

More than a million people have been evacuated from coastal areas in India as Cyclone Fani – with winds reportedly nearing 200km/h – hit the country. The cyclone, accompanied by torrential rains, smashed into India’s east coast this morning and is the biggest tropical system to hit the subcontinent in decades. Meanwhile, officials in northern Mozambique have declared a cholera outbreak after Cyclone Kenneth hit that country last week. More than 40 people have died – just six weeks after Cyclone Idai killed about 600 people in central Mozambique.

Big changes have been announced at MTN with former deputy SA finance minister Mcebisi Jonas becoming chairman to replace Phuthuma Nhleko, who is due to step down in December after almost two decades as chairman or chief executive officer. MTN has also announced the appointment of a global advisory board that will be headed up by former president Thabo Mbeki, and will include former Ghanaian president John Kufuor.

South Africa is in early-stage discussions with Saudi Arabia about building a new oil refinery in the country, says Energy Minister Jeff Radebe. New infrastructure is needed to meet the increasing demand for petrol and diesel, he said. Several possible sites were under discussion, he told Fin24.

Caster Semenya will have the eyes of the world on her and there must be a good chance she will embarrass the IAAF when she runs in the 800m in Doha this evening. It is the opening leg of the prestigious Diamond League series and is the final major athletics meeting before the controversial new IAAF rules come into effect and force Semenya to take medication to lower her testosterone levels. Depending on court appeals and future rulings, it may just be the final time Semenya runs the 800m unrestricted by the IAAF ruling. It thus provides a perfect chance for an ‘up yours’ to the IAAF from the 800m champion. If ever Semenya was motivated to run a world record this would be it, but to do that she would need to go under the 1:53,28 set in 1983.

Sharks on a Crusade

The Sharks pulled off possibly the biggest shock of a topsy-turvy Super Rugby season when they held the Crusaders to a 21-21 draw in Christchurch this morning. The result leaves the two teams at one and two on the Super Rugby log, but the Durban side could be pushed down to fifth tomorrow depending on the results of the Bulls v Waratahs and Hurricanes v Rebels matches. Although Curwin Bosch kicked seven penalties for the Sharks, the dominant feature of the draw was the resolute defence from the visitors. The Crusaders did, however, score three tries without reply. On Saturday the Bulls should have the beating of the Waratahs at Loftus – but don’t bet on it – and if they do they will probably shuffle up to replace the Sharks in second or third (depending on the Rebels result) on the table. In the late, late game, the Stormers will try and unseat the Jaguares in Buenos Aires. With the Lions enjoying a bye, the Jaguares v Stormers match could have long-term log implications and will put the winner in a strong position in the conference.

As much as the Champions League is looking like ending in tears for English football, Arsenal and Chelsea last night put themselves in pole position for an all-England final in the Europa League. Arsenal took a giant stride toward the tournament decider with a brace from Alexandre Lacazette while Pierre-Emerick Aubameyang’s added some breathing space with a late strike that gave the Gunners a 3-1 semi-final, first leg win over Valencia. The only spark of hope for the Spaniards was the early away goal from Mouctar Diakhaby. In Frankfurt, Pedro equalised for Chelsea to leave the score against Eintracht 1-1 and allow the Londoners to contemplate a home decider with the luxury of an away goal safely in the bag. Filip Kostic opened the scoring in the 23rd minute and Pedro levelled things for Chelsea in the stroke of halftime.

As the Proteas prepare for the World Cup which starts later this month, the much-vaunted pace attack is looking fragile after Kagiso Rabada joined the long list of injured bowlers. All four of the Proteas frontline pace bowlers now have injury concerns: Lungi Ngidi (side strain) and Anrich Nortje (shoulder) having just returned to full-pace bowling and Dale Steyn retuned from India after just two matches in the IPL following a recurrence of his shoulder injury. Rabada has a back strain after a hectic IPL stint and is to visit a specialist in South Africa.

Steve Hofmeyr says he is planning a ‘special funeral’ for his DStv satellite dish to mark the end of his relationship with the entertainment platform. And he has torn up his subscriptions for four decoders. He announced his protest in a furious response to the announcement by MultiChoice this week that it will no longer broadcast any of his material because of his history of offensive, race-baiting comments. In Hofmeyr’s Facebook video – in which he drives over his decoder and threw his dish from his roof to the ground – he made ‘a call to independence’ to his supporters, offering a cash prize of R10,000 for a fan who posts a video of themselves destroying their own dish. ‘We will see the downfall of MultiChoice in our lifetime,’ he promises. 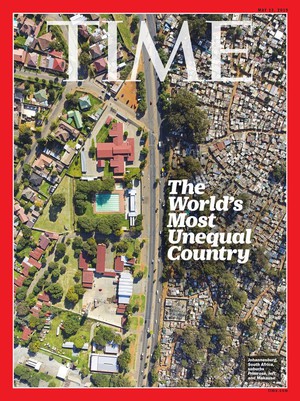 South Africa is on the cover of Time magazine. But it is not a cause for celebration: instead it features a striking drone photograph of a squatter camp divided from a plush suburb by a road. The headline reads: The World’s Most Unequal Country. The picture is taken from Cape Town photographer Johnny Miller’s Unequal Scenes series, which was shot at locations around the world. The issue of Time has not been released yet, but the snapshot of its cover has created a stir on local social media.

Song flies up the charts

At number-11 on the midweek UK singles chart is a song called Let Nature Sing, and it’s for the birds. The Royal Society for the Protection of Birds released the track of pure birdsong to raise awareness for endangered birds in the UK. The song features 25 different birds, including blackbirds, robins, woodpeckers, warblers, and more - but not Cheryl Crow, the Counting Crows, The Eagles or Paul McCartney’s Wings. According to Martin Harper, the RSPB’s director of conservation, thousands of people have bought and streamed the track to hear nature’s finest singers. He said Let Nature Sing sends a powerful message that yes, nature is amazing but it is also in trouble. ‘The good news is that it is not too late, we know what needs to be done and together we can take action to restore it for us and for future generations.’ The.news.letter has learnt that Weird Owl Yankovic is making a spoof of the song. Listen to Let Nature Sing here. 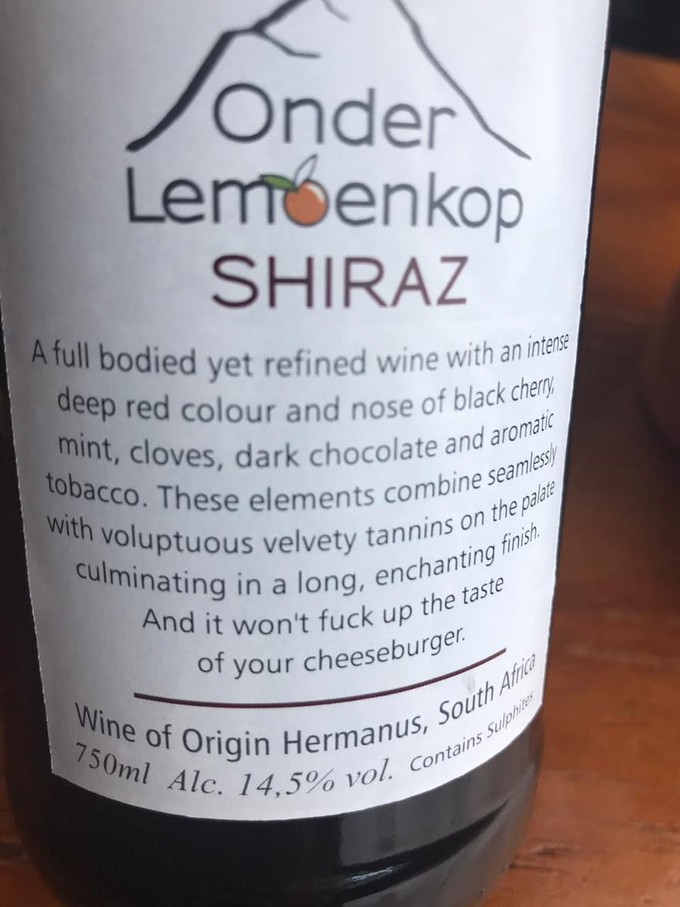 We welcome your insights, observations and compliments (especially your compliments) so please send them to thenewsletter.daily@gmail.com

Next:  Durban strike leaves township without water and electricity

Copyright the.news.letter 2019. All rights reserved.
This article is licensed under a Creative Commons Attribution-NoDerivatives 4.0 International License.