Gqeberha refugee office is a nightmare for Somali immigrants 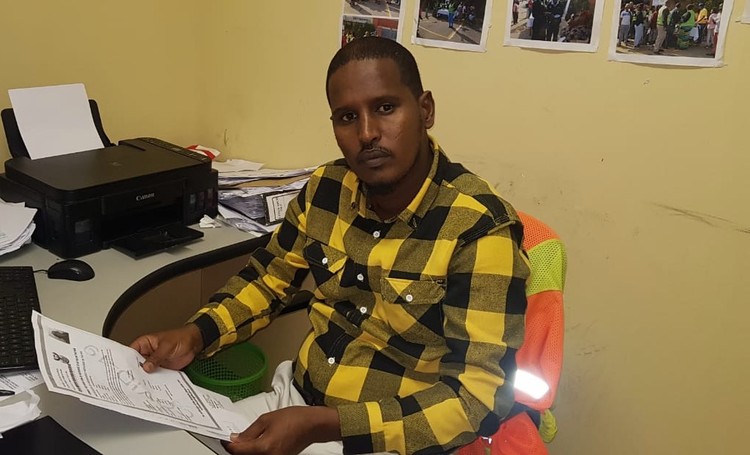 The chair of the Somali Community Services association, Said Mohamed, says he gets complaints daily from Somali immigrants battling to get appointments at the Gqeberha Refugee Reception Office. Photo: Joseph Chirume

A shortage of staff at the Department of Home Affairs in Gqeberha has made applying for asylum seeker documents a nightmare, Somali immigrants say.

Asylum seekers and refugees in the Eastern Cape say the Gqeberha Refugee Reception Office keeps shifting their appointment dates and the online booking system doesn’t always work. They say applicants are often turned away on the days they are supposed to be served. They say officials tell them that they came on the wrong day - even though they can show appointment letters confirming the date.

Chairman of the Somali Community Services association, Said Mohamed, says he gets several complaints each day from Somali immigrants who are being sent backwards and forwards by Home Affairs.

Mohamed is sceptical about government’s plan to document every immigrant in the country. “If the government is serious about their programme of accounting for all immigrants in the country, they shouldn’t be snubbing applicants who willingly go to Home Affairs offices to apply for documents in order to live peacefully in the country.

“The online booking system is frustrating and takes a long time to get an appointment date for an asylum document. I have a long list of people who are complaining about their ordeal at the Gqeberha Refugee Reception Office.”

“I have people whose appointments were set for June 2022 but were then shifted to March 2023. Some of the applicants come from outside Gqeberha. They pay hefty transport fares and have to book overnight accommodation because their letters of appointment demand they be at the offices at 7:30am,” says Mohamed.

A Somali refugee who arrived in the country in 2020, a few weeks before the Covid lockdown started, says he has been struggling to get an asylum permit. He asked that his name not be revealed. “I have been working as a shop assistant in Kostern. Life is getting dangerous because the Departments of Labour and Home Affairs have escalated their inspections in shops looking for illegal immigrants and errant employers. I’m afraid they will find me in the shop and arrest me for working without a valid permit,” he says.

“After fruitless attempts to book an appointment, I eventually managed to succeed in July. I’m booked for December 2022,” he says.

Another Somali national was told on 25 July that he should come for an interview in March 2023. “This shows the government no longer wants refugees and asylum seekers in this country. How can I wait until March next year to get asylum papers?” he asks.

Mohamed says another problem Somali immigrants face is obtaining passports when they want to travel out of South Africa. He says they are being asked to present a letter from the country they intend to visit and a letter from Somalia.

A Somalian man who recently wanted to visit Uganda where his brother lives said it is not easy to get a letter from Somalia because he left when he was still young more than 20 years ago.

“I don’t know anyone in Somalia because I was very young when I fled the country. My family is scattered outside of Somalia,” he says.

Interpreters are also an issue, says Mohamed. “It used to be easy when applicants were interviewed face-to-face with the interpreters. The current system is complicated because you talk with someone who is in Pretoria and who does not understand all the languages of Somalia. People have been rejected because the interpreters told officials what the applicant did not say. We want interpreters who speak all Somali languages.”

Asked for comment, departmental spokesperson David Hlabane referred GroundUp to ministerial spokesperson Siya Qoza, who had not responded to questions by the time of publication.

Next:  Women volunteers clean up dumps in Delft after a dead body was found