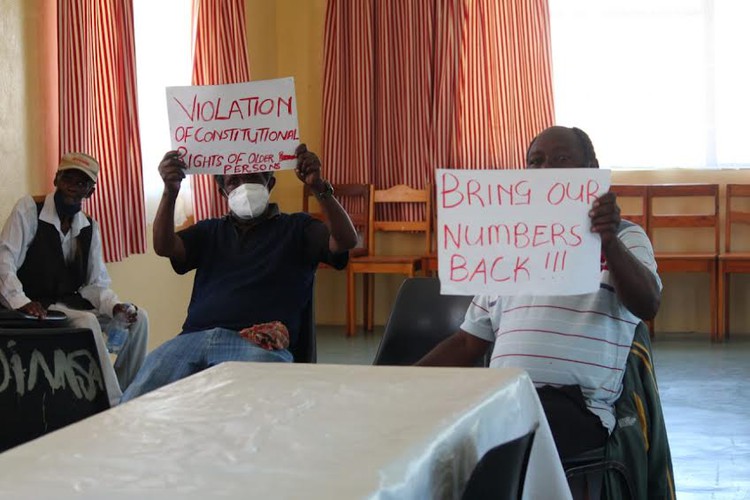 Following a failed mediation, the Imbumba Association for the Aged is taking legal advice over the Eastern Cape Department of Social Development’s R56 million spending cuts which Imbumba says will put the well-being of hundreds of elderly people, mostly women, at risk.

The department said in a statement on 6 December 2021 that the spending cuts had been made “across all programs to accommodate a reduced budget share, as a result of government’s response to the unpredictable demands of the Covid-19 pandemic”.

Imbumba, an association consisting of 50 member organisations, provides food, social care, laundry and cleaning, and delivers medicines to elderly people. The association said last year that the R56 million cut to social welfare would deprive at least 60% of its beneficiaries of services offered by community centres. In a statement, deputy chair Melumzi Sauka said the cuts were being made to settle back-payments on salaries, which the department knew it had to pay since 2009.

Imbumba treasurer Nosiphiwo Tetana said then that as a result of the cuts more than half of the 2,580 people supported by the centres would be without any assistance.

Sauka told GroundUp on Tuesday that a mediation attempt on 14 December had failed and the department had not made “a genuine attempt” to resolve the matter.

The department’s media liaison officer Lufefe Mkutu said: “The position of the department still remains the same, the matter is still in engagement.”

But Sauka said the department had failed to respond to Imbumba’s enquiries.

Imbumba public relations officer Noluntu Mlakalaka said the beneficiaries had a bleak Christmas and New Year. ”We used to have Christmas parties for the elderly in each centre before we close on 15 December and buy gifts and food parcels for our beneficiaries, sometimes we would go to the beach or to the hotels for an outing. All these things could not happen in 2021.” Mlakalaka said staff had also suffered.

“We know that by the end of the financial year lots of money will remain unspent by the department whereas people need assistance on the ground. In this province no one appreciates the good work that we do for the elderly,” said Mlakalaka.

“We hope that when the President does the state of the nation address next month he will consider the needs of the elderly of Eastern Cape service centres.”

“These cuts are disgraceful and coupled with persistent and unexplained under-spending on social care and welfare services, put the lives and livelihoods of thousands of people at risk. Government’s failure to pay its staff properly and on time now means that thousands of older people, particularly older women, surviving in rural areas, who rely on our services, will not be able to access the care and support they need and deserve,” said Sauka.

The association said that the department had not consulted it properly about the cut. The association also said that the reasons for the cut – to make late payment on salaries, something that should already have been in process – were in contravention of the Public Finance Management Act.

In 2020 Imbumba won a court victory when the Eastern Cape High Court ordered the provincial department of Social Development to pay back at least R1.5 million owed to Imbumba, with interest. This followed a decision by the department to stop funding Imbumba during the lockdown.

Next:  JHB parents queue to place their children in schools

Previous:  Elim in Limpopo has been without water for more than a year