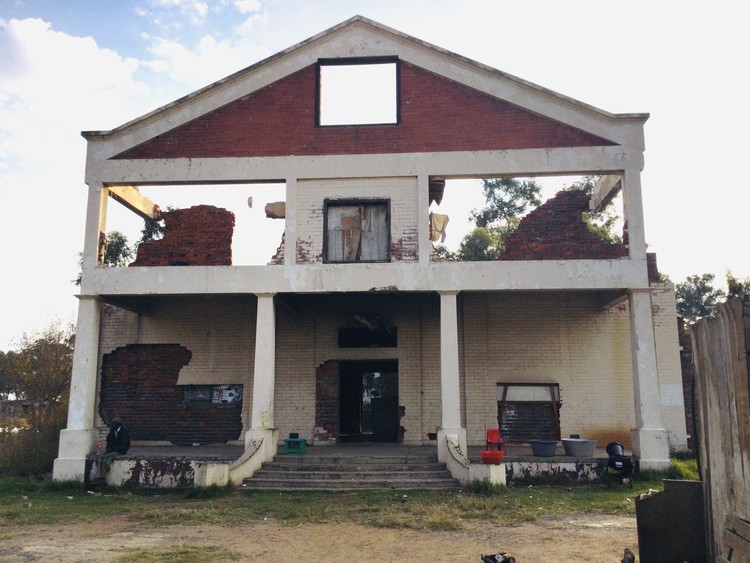 A dozen families evicted in Nigel two years ago were moved to this abandoned church site. Photo: Kimberly Mutandiro

“We are tired of being seen by men in the bush when we relieve ourselves. Sometimes we have to jump before finishing our business because there are snakes,” Nomvula Makubo told GroundUp.

Her family was among a group of people evicted from an old mine building behind the Home Affairs offices in Nigel two years ago.

According to the eviction letter the evictees had “failed to vacate the premises by 30 November 2018 as required in terms of the order of 26 October 2018”. The City stepped in to help after the evictees were left outside, homeless and with nowhere to go.

Now 12 of the evicted families live in a dilapidated church owned by the City of Ekurhuleni. They accuse the municipality of dumping them there after the eviction without any hope of receiving better housing.

With no toilets or services, the families with their seven children have to relieve themselves in nearby bushes. Some occupants, like Makubo, have built shacks on the property while three or four families share the open church building which she says is infested by rats at night.

“Surely the municipality and the Department of Social Development know that we still exist. They did not even bother to give even one toilet. Now the bush is full; we have to use torches especially at night in order not to step on old faeces,” said Makubo.

She said that when the municipality left them at the site during the first week of August in 2019, officials promised to bring material for temporary shelters. But no one has returned to check on them.

“Social Development wanted to take our children because they said this place poses a health risk. Surely they should by now have cleaned up or taken us to a better place?” she said.

Makubo lives with her three children and is unemployed. “All l need is an RDP house where l can live with my children,” she says.

Nomthandazo Motlokwa, lives inside the church with her partner and two children. She lives off one child support grant. She has yet to register her other child for a grant.

“Even if we complain no one hears us. The inside of this church is dark and spooky. Sometimes we find snakes,” she said. “The municipality promised us material to build ourselves shacks two years ago but we are still waiting.”

Thulani Hlatshwayo stores his recycling material outside his small wooden shack. He looks after his children with money he gets from recycling.

“They [municipality] just dumped us here. They haven’t looked back to see how we are suffering. This place is not even safe for an animal to live,” says Hlatshwayo. 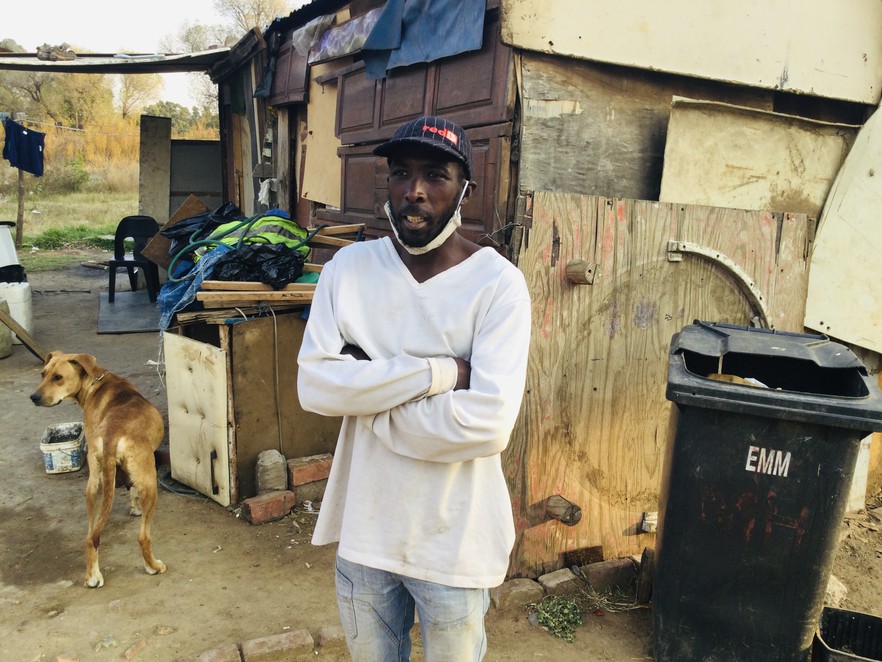 Philani Ngubane lives with his two children after his wife passed away a year ago. He relies on the money he gets from gardening jobs twice a week in town. “My wife and l had hoped to be given a house before she passed on because she’s the one who had an ID. I do not have an ID because l left my home in KZN as a youth … If they can at least give us toilets I’ll be happy.” Photo: Kimberly Mutandiro

Louise Du Plessis of Lawyers for Human Rights said that it is unethical for the municipality to have moved people to a place without basic services. “The law on evictions gives the municipality an obligation to provide alternative accommodation with some basic services. People cannot just be dumped at a place. They should be given access to water, shelter and toilets even if it is just movable toilets. Dumping people where there are no basic services is undignified.”

Dlamini said the water and sanitation department will do a follow-up soon. “The intention is to ensure that they have basic services in the meantime. We will have an interdepartmental meeting over the interventions identified by the Social Development Division in Nigel through the Nigel Customer Relations Management office,” he said.

Next:  There’s not much left of Netreg train station in Cape Town