“Every time we ask for a senior police manager, they are said to be off sick. You must please ask them to retire, because we need healthy police officers at the stations,” Tsitsikamma resident Mary-Anne Mgomezulu told top police officers at a policing imbizo in Humansdorp at the weekend.

The imbizo on 28 September, initiated by Eastern Cape Police Commissioner Lieutenant-General Liziwe Ntshinga, follows complaints by residents about poor policing in the Humansdorp cluster, which includes areas such as Hankey, Patensie, Kareedouw, Koukamma, Jeffreys Bay, and St Francis Bay. The Kareedouw police station was attacked in August and residents have accused police officers of being corrupt and not responding to crime scenes on time.

Mgomezulu said she had written several letters to Ntshinga complaining about poor services in the Humansdorp cluster.

“Some police stations in the Humansdorp Cluster are in the Intensive Care Unit. I have written a lot of letters to the Province complaining about lack of police officers at local police stations.”

Residents said it took too long for officers to respond at crime scenes. Some said police officers were working in collaboration with criminals who were selling drugs.

Ntshinga appealed to members of the audience to report to her those police officers who they accused of corruption.

Jeffreys Bay resident Mieta Williams-Jan said her community was having problems with taverns that operated into the early hours.

Williams-Jan said, ”There are lots of stabbings and dangerous crimes committed in areas around the taverns. Police vans are seen moving around in our streets but they do nothing about these taverns.” 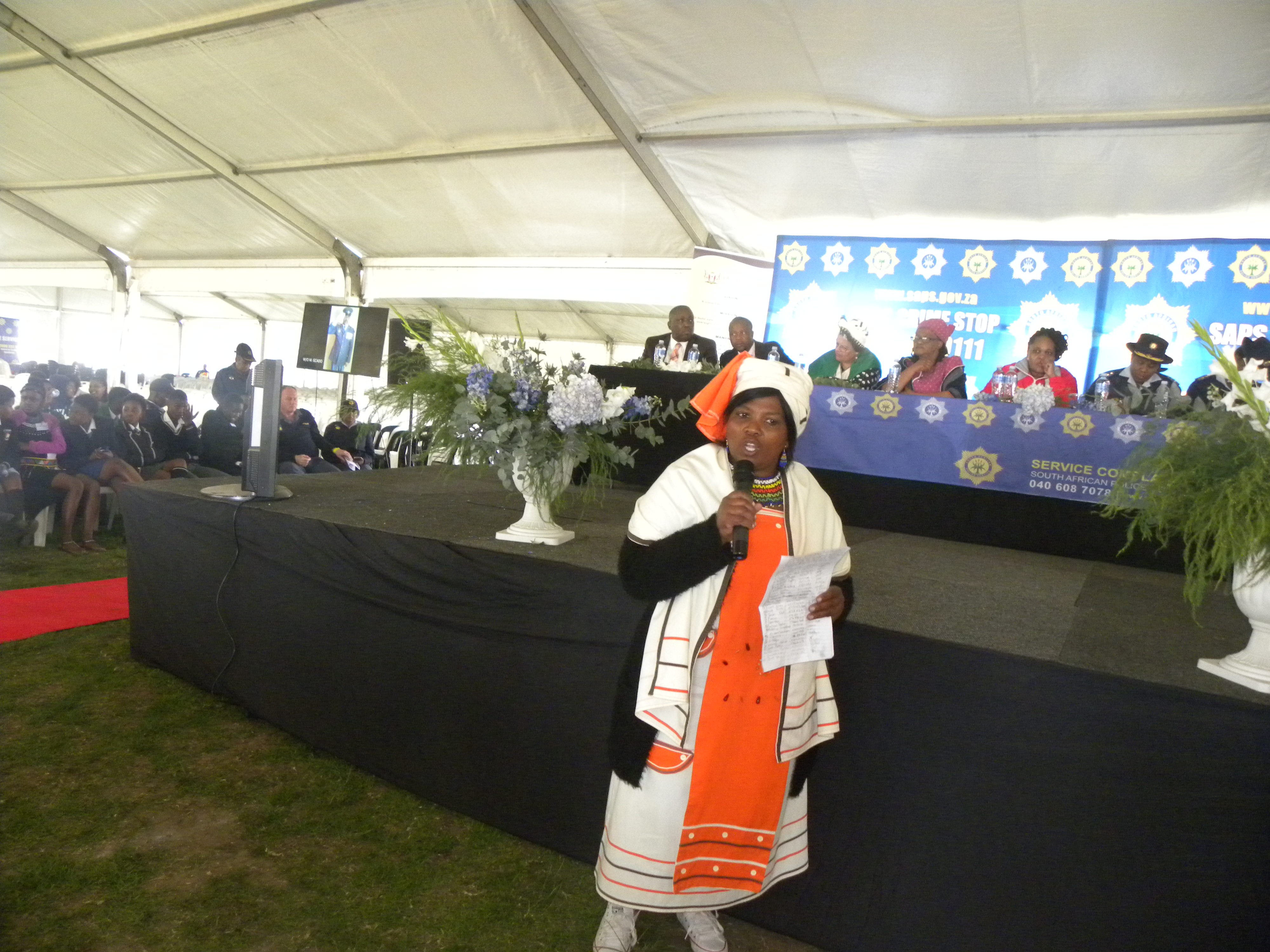 Christine Witbooi of Kareedouw said she recently went to report a crime at the Kareedouw police station but returned without being served.

Eastern Cape Community Policing Forum chairperson Glen Sicelo Gqwetha urged residents to cooperate with police. “If you know that your child is doing something that is unbecoming, report him to the police. A police station is like a school. The school belongs to the community, regardless who is at the school.”

Ntshinga said SAPS management was concerned about the murders of police officers. “You must know that when one police officer dies, 400 people don’t have a police officer. Joining the police service should not be equal to signing a death warrant.”

She urged communities to assist police by forming street committees. She said the number of people served by the Humansdorp Cluster was growing because of people coming from outside in search of jobs.

“There are not enough police officers to cover this area. It is a vast area. Let us form street committees, community policing forums and rural safety committees. If these are working effectively you only need one policeman to assist you,” she said.

She also urged people not to buy stolen goods as this fuelled crime.

“Who are these parents buying or receiving stolen goods? They are perpetuating crime,” Ntshinga said.

“Drug abuse is not a police issue alone because the children using drugs are yours. What are you doing when your child is smoking drugs at your home? What is your responsibility as a parent?”

Next:  At least 15 injured as violence erupts in Westbury

Previous:  We do not know if my father’s murder will ever be solved, says son of slain activist