Delft households without electricity for weeks at a time 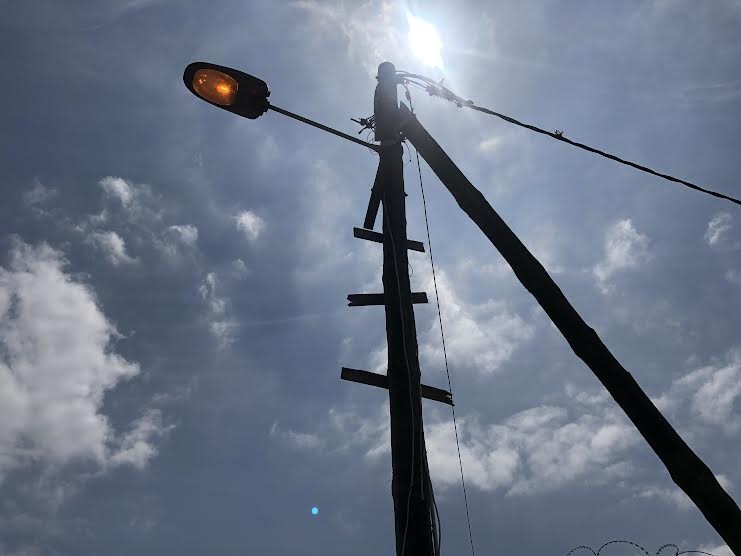 Some of the electricity poles have been fitted with makeshift ladders to make accessing the illegal connections easier. Photo: Mary-Anne Gontsana

Residents of Eindhoven in Delft, Cape Town, say they are without electricity for weeks at a time because of illegal connections to the grid from people in an informal settlement nearby.

“Having loadshedding for two hours is already a problem, now imagine not having electricity for a full day or weeks,” said resident Monique Phillips. “My neighbour has diabetes and her insulin must be stored in the fridge. How is she going to do that if the fridge is off due to lack of electricity?”

Phillips said crime increased when the power was cut.

Community worker Ian Botman said residents had approached people living in the settlement but had been met with hostility.

“We are always reporting the power outages to Eskom. They send people to fix the problem but then it happens again. We need more support from our ward councillor and law enforcement,” said Botman. He said the informal settlement started about three years ago.

Wires stretch from streetlights to the shacks and some of the streetlights have makeshift steps or a ladder to give access. “I have photos and a video of someone actually up there during the day making an illegal connection,” said Botman.

One of the residents who lives in the informal area but did not give his name said, “Yes, we make these connections because we have no electricity. But I don’t think it is the connections that trip the electricity.”

“There’s a new housing development nearby and the transformer that the houses are connected to is too small for all of those houses, which causes the electricity to trip. But obviously the residents are going to blame us,” he said.

Asked whether this was the case, Eskom spokesperson Kyle Cookson said: “Illegal connections can overload the electrical network and can cause transformers to explode.”

Ward councillor Nobanathi Matutu said she was trying to get the problem solved.

Previous:  Flying a kite for mental health in Manenberg