Billing errors, overflowing sewage, pothole-ridden roads - these are just some of the complaints 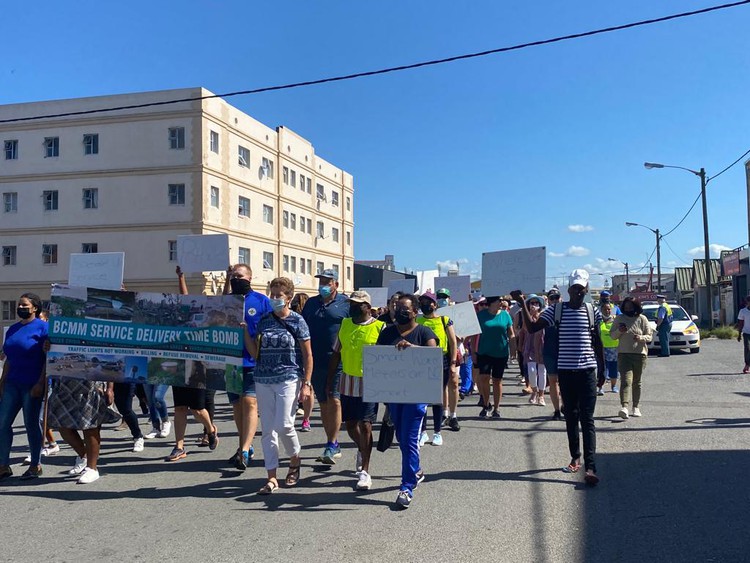 No clean running water, unexplained high municipal bills, pothole-ridden roads and overflowing sewage were high on the list of complaints by Buffalo City Metro (BCM) residents who protested on Saturday.

The group of about 50 people marched from Quigney to City Hall to hand over a memo to the municipality.

Residents have been battling ongoing water cuts as well as poor water quality, forcing them to buy or boil their water before consuming it. Residents also complained of utility billing errors, which they say take between three to six months to resolve.

Phelisa Moshani from Ward 28 in Gonubie said sewage often overflows in the road near her house. “I’m here to demand services like other residents. BCM officials must attend to sewage leaks because it’s a health hazard for parents and our children.”

Siphosethu Matholengwe said that if the municipality ignores their complaints, they will intensify protests.

Municipal official Luyanda Mbula came out to accept the memo and promised that the City would respond with a plan to resolve their complaints. The protesters gave the municipality two weeks to respond.

Next:  Black First, Land First ordered to pay up for hate speech against whites

Previous:  Deadline for nominations to National Lotteries Commission board