Is Zuma threatening to fragment the country?

Ominous Melmoth meeting suggests he is 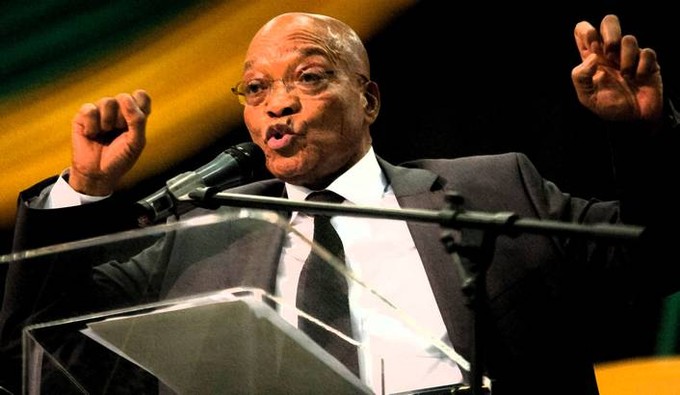 It was the “Yugoslav card” — the threat of territorial fragmentation — that enabled President Jacob Zuma to ensure that the ANC leadership would rally behind him. According to a member of the ANC executive (NEC), Zuma implied that KwaZulu-Natal might rebel should he be axed.

This raised again the spectre of the violence of the early 1990s as Inkatha Freedom Party impis fought ANC defence units. But it also raised fears of a regional breakaway since Zuma, as an ANC leader, played a major role in brokering peace between the IFP and ANC and claims support across the political spectrum in the province.

He made it clear that, unlike Mbeki, he would not go quietly and that, at the very least, this would result in a split in ANC ranks much more serious than the Congress of the People breakaway following Mbeki’s sacking. ANC secretary general, Gwede Mantashe, who also serves on the central committee of the Communist Party (SACP), made this point when he reported that the “top six” leaders of the ANC were unanimous in their support of Zuma. He noted that the ANC would not act against Zuma and so “tear itself apart”.

An SACP statement was even more explicit, noting that “tearing the ANC apart at this point, is a recipe for disaster for our country as a whole”. Only an apparently very small minority of the NEC felt that “Zuma’s bluff should be called”. But none raised this at the meeting. “Zuma has always been known as a Zulu nationalist,” a veteran former ANC exile noted.

As if to illustrate that he was not bluffing, Zuma addressed a 15,000 strong crowd of supporters in Melmoth in the uTugulu district of KZN on the weekend, calling on them to unite as Africans. “Even if you are in different political parties, you should know things that you can vote for separately and things that you need to vote for as a united nation,” he said.

A group of local and municipal leaders at the gathering raised three fingers, indicating that they supported a third term in office for Zuma.

However, whether the majority of the people of KZN would support breaking away from the rest of the country is moot, but this is not the first time that a separate state on the eastern seaboard has been promoted. In 1960 the province, then Natal, was theonly one to vote, in a whites-only referendum, against South Africa becoming a
republic.

This led to a short-lived attempt by a group of United Party politicians in Natal to rally support for a breakaway from South Africa. The only obvious sign of this was the fact that Pietermaritburg continued to fly the British union flag for years after the republic was declared.

But the idea of KZN as a separate entity within a federal South Africa was also canvassed several years later by Hendrik Verwoerd, the premier dubbed the architect of apartheid. Under international pressure, Verwoerd sought ways to placate growing critics and established a secretive Kommunikasie Navorsings Kommittee (KNK - Communicaions Research Committee) to aid him.

This was headed by a dedicated segregationist, the psychologist, Professor F. W. Blignaut of the University of Pretoria. Secretary to the committee was Paul Heylen who was recruited from Belgium and who later played a part in the international propaganda — “Muldergate” — campaign instituted by Eschel Rhoodie.

According to Heylen, the KNK was briefed by Verwoerd to subtlely canvass opinions about the possibility of a federated South Africa with Natal (KZN) following its own, nominally non-racial policies, with “separate development” applying to the rest of the country. Verwoerd seemed convinced that such a solution would placate world opinion and stave off possible investment and trade sanctions.

Adding fuel to conspiracy fires, Heylen maintained that Verwoerd was to have announced such a policy in parliament on the day he as stabbed to death by a messenger, Dmitri Tsafendis. The papers containing the speech he was to have
delivered disappeared. How Mozambique-born Tsafendis, officially classified “coloured” and a former member of the Communist Party of SA became a messenger in the apartheid
parliament is one of the many question that remain to be answered about this episode.