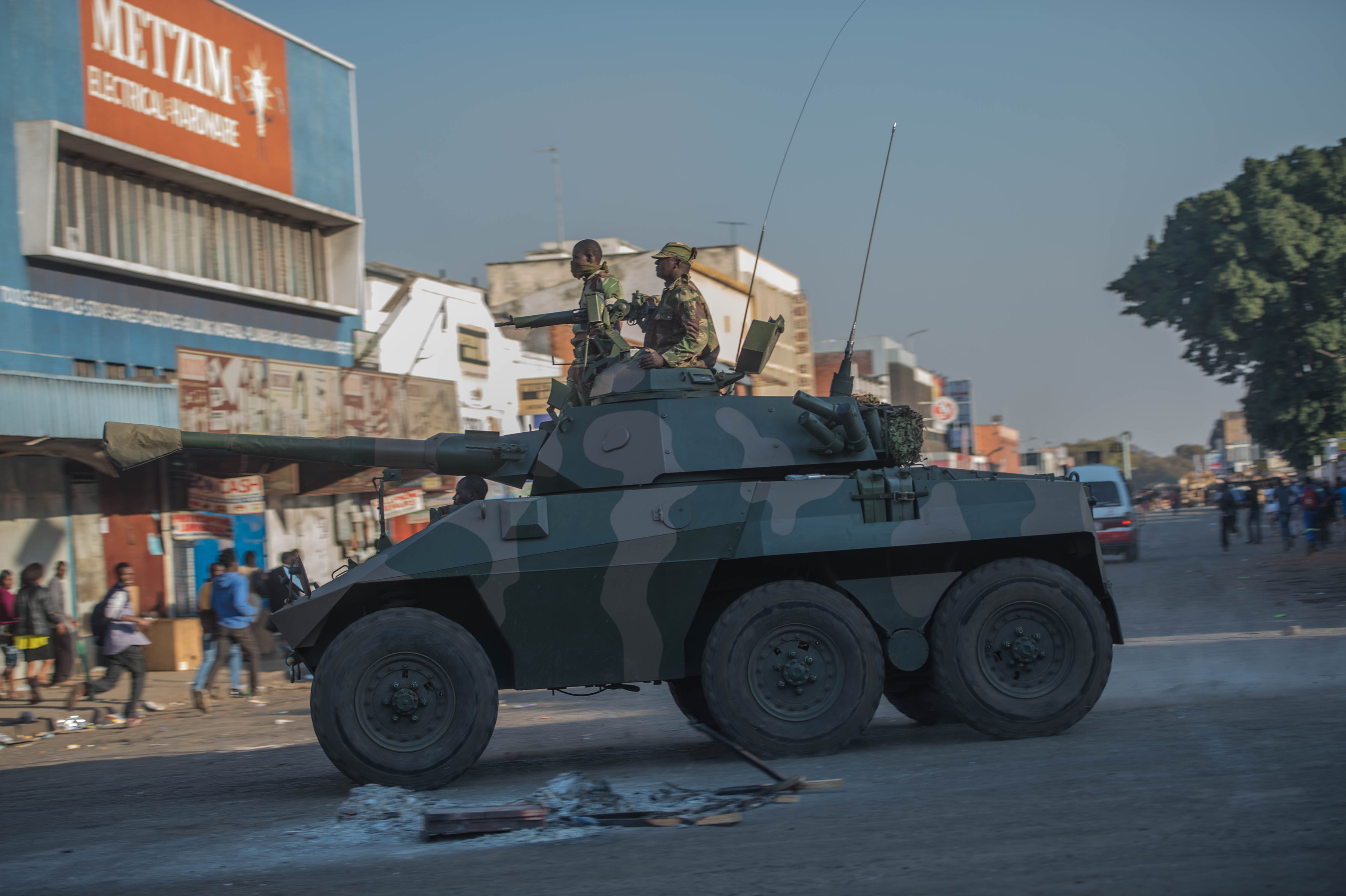 On 31 July, the Zimbabwean election was in the world news. After 24 hours, opposition supporters were crying foul and alleging electoral fraud. Protests spilled onto the streets of Harare. The military stepped in. When the dust had settled, bullets had been fired and six people lay dead.

According to Human Rights Watch, a crackdown on civil liberties followed. In outlying townships of Harare, there were reports of masked men intimidating and assaulting residents. Police had a “wanted list” and were searching for opposition leaders they said were instigators of the post-election protests.

The Zimbabwean army and police denied the allegations. They said the violent men on the prowl were not their officers but criminal impostors.

Does this illustrious-looking panel means Zimbabwe´s investigation into the 1 August killings will be thorough, impartial and obtain justice for families of the dead?

The opposition believes the commission of inquiry is a public relations gimmick and a “long-winded route to dupe the world”.

Analysts draw attention to the failed history of numerous inquiries in Zimbabwe, the assumed fear among victims’ relatives to speak boldly, and the restrictive guidelines set for the inquiry.

There are also doubts about the three Zimbabweans on the panel: Professor in political science Charity Manyeruke; law professor Lovemore Madhuku (both from the University of Zimbabwe), and Vimbai Nyemba, former president of the Law Society of Zimbabwe.

Manyeruke is a senior member of the ruling party´s elite women’s wing though the ruling party legal secretary claims she has stopped being an active party activist and is therefore a neutral investigator. Critics says she is a damning example of a conflicted inquirer.

Nyemba is on a state board that dishes out contracts for the government and has ties to the establishment, say her critics.

Since independence in 1980, sensitive inquiries into crimes of violence have rarely been published. They simply became pages, unopened.

Many doubt the findings of this latest inquiry will be heeded, even though Mnangagwa vows to honour the inquiry’s outcome. While visiting China, he told The Guardian: “I shall fully implement the recommendations of this commission”.

Alex Magaisa, law professor at Kent University, and former advisor to the late Zimbabwean Prime Minister Morgan Tsvangirai, told the country’s largest independent daily that a missing term of reference is the identification of the military personnel who actually killed the civilians.

“Surely it makes sense to identify leaders who gave commands and the soldiers who shot and killed?” he asked.

In August, as families began to bury their dead, reports filtered in that unnamed, security officers told one bereaved family not to talk to foreign reporters.

The author is a freelance reporter who often writes for GroundUp.