Brother and sister used to rely on Covid-19 grant 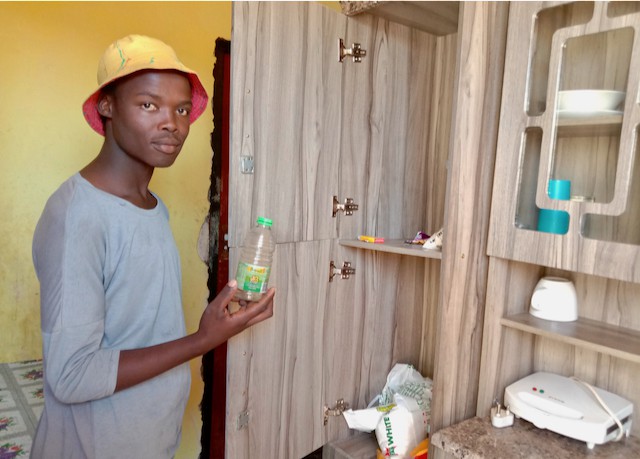 Rats used to raid the food cupboard in the Magwala household in KwaNobuhle, Kariega. But since the Covid-19 grant came to an end, the cupboard is bare and the rats no longer come.

Athenkosi Magwala, 19, and his sister Lithemba are both unemployed. Neither have ever had a job. And they have stopped looking. “We both used to look for jobs but have never found any… Jobs are scarce when you are youths”. Lithemba has finished matric but not Athenkosi.

Both used to benefit from the R350-a-month grant. But since it came to an end, they rely on their uncle who earns R750 a week working for a concrete company.

“Groceries we bought lured rats into our cupboards, but now that the cupboards are empty the rats are scarce,” says Athenkosi Magwala.

He says the siblings used to buy food for the household of three so that their uncle could cover other expenses, including looking after his own children who do not live with him. “We used to buy mielie meal, fish oil monthly and we would bake bread or fatcakes by buying sunflower oil. The groceries lasted us at least a month”.

Now they survive on a soup pack and mielie meal provided by their uncle, and on food shared by the neighbours. “What I miss most are potato chips which cost R10. I also miss bananas and apples,” says Magwala.

“The government left us half way. Our loads were easier when there was the grant.”

With the R700 he and his sister could pool, they used to buy mielie meal and fish oil, and bake bread or vetkoek. “The groceries lasted us at least a month,” said Magwala.

Nearly one in two people under the age of 34 in South Africa were unemployed in the first quarter of 2021.