“If you go to the police station after midnight, you will find it closed” 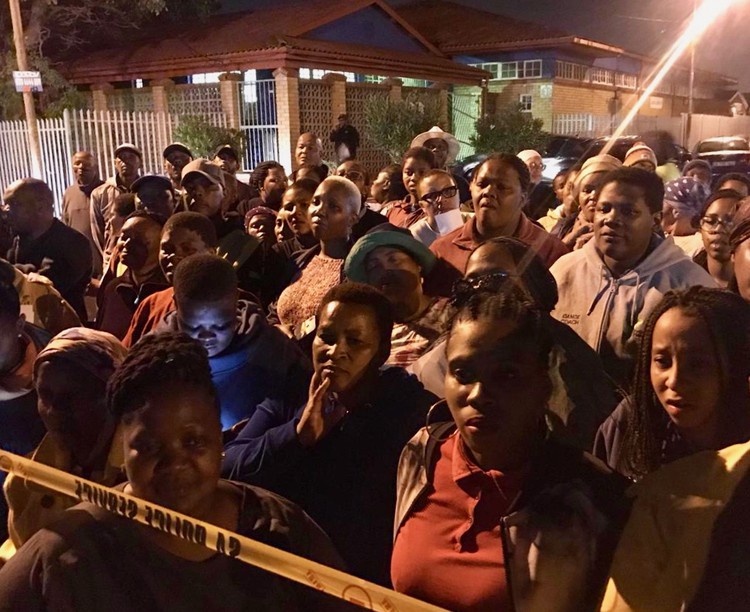 About 50 residents marched to Langa police station in Cape Town on Saturday evening to demand greater police visibility and a complete turnover of staff at the station.

In a memorandum, the residents demanded that the station remain open 24 hours a day, that police perform stop and search operations, and that the current police personnel be redeployed and replaced.

According to the memorandum, police at the station deliberately don’t wear their name tags and report for duty drunk. “Police vans are found in shebeens, but when requested … people are told there are no vans available,” states the memo.

Community leader Vusi Mandindi said, “The community has lost confidence in the existing staff at the police station.”

He said residents decided to march after the main culprit in a taxi hijacking was released without appearing in court. There has been a spate of Uber and Bolt (formerly Taxify) hijackings in the area.

Resident Millicent Tingwe said people going to work in the early hours were routinely targeted. “The cases are going nowhere … If you go to the police station after midnight, you will find it closed. They don’t even answer the phone. Langa is big, but only has two vans to patrol.”

Resident Nomatshawe Mboko, who leaves her home at 5am for work, said, “I am grateful that I am still alive. I stopped buying nice phones because these children will demand it like it’s theirs when they rob you. Now, I just buy the cheapest phone I can find.”

Residents gave the police until 25 April to respond.

Provincial head of detectives Brigadier Jerome Cele accepted the memo and said the police would meet with the community leaders on 16 April.