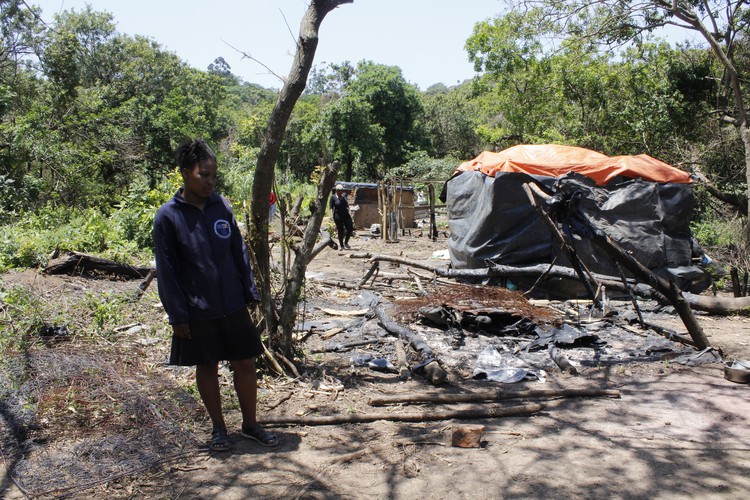 Nosipho Ntuli’s house was burnt down when Durban’s Anti-Land-Invasion Unit targeted the settlement where she lives. Photo: Nomfundo Xolo

Nosipho Ntuli, 23, spent four days in a holding cell in the C R Swart Square Police Station, in Durban over the weekend, along with 23 other residents of the informal settlement Ekhenana in Cato Crest. She says they were arrested as they tried to lay a complaint with the police against the Anti-Land-Invasion Unit which demolished their shacks again last week.

The 24 were all released on R500 bail after a court appearance on 12 November.

Ntuli is one of many people evicted from shacks in Cato Crest to make way for a public road. They settled in Ekhanana where they have been playing a cat-and-mouse game with the municipality.

In the last Anti-Land-Invasion Unit operation over 50 shacks were demolished and burnt. Landu Tshazi, 29, was hospitalised after he was shot twice with rubber bullets while trying to run away.

He said when he saw the police come in to the settlement he packed a bag of clothes and his ID and tried to hide in the bush. One officer saw him running, chased him and when he fell, pointed a gun at him. “Frightened, I used my hands and legs to protect my face. That’s when he shot my foot and my testicles,” said Tshazi.

Tshazi, says he was surprised to be alive. Now he is walking in crutches and afraid of permanent damage to his testicles.

Only ash and burnt-out pots and chairs are evidence of what used to be Tshazi’s home. When GroundUp visited on 13 November he was rebuilding, using material gathered from nearby dumping sites. 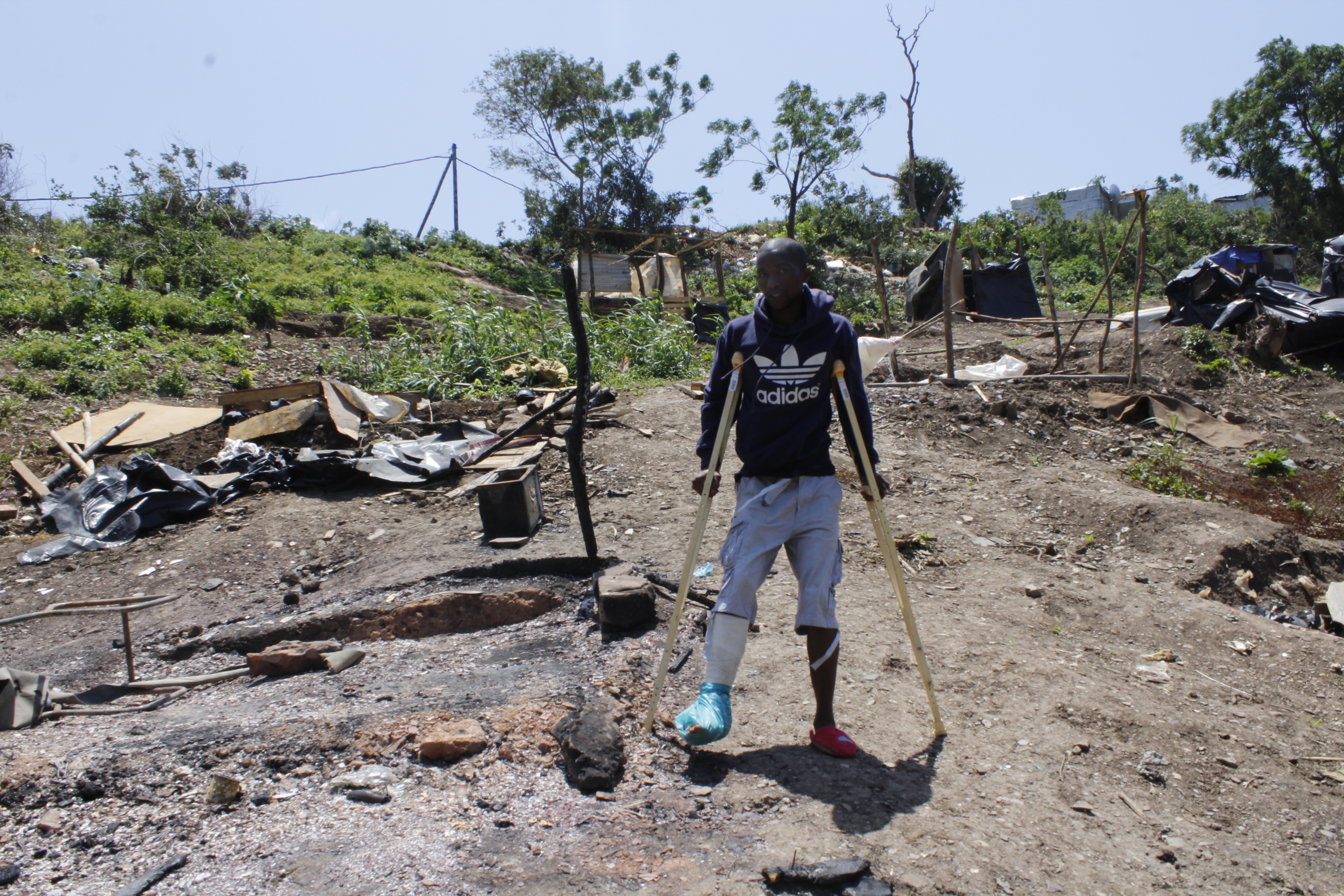 Ntuli and her neighbour Zinhle Dlamini were chanting sad gospel songs while gathering plastic and other material to rebuild their shacks.

“The councillor and even the nearby communities have turned against us,” says Ntuli.

“Nobody wants us here but we are here to stay. I don’t have parents or a home. I am trying to make a life for myself and support my siblings and children” says Ntuli.

“I am struggling to belong but will do everything in my power to survive and become something one day.”

What was Dlamini’s home is burnt rubble. With tears in her eyes she points to what used to be her bed. She too was arrested. In the community, she says, she feels safe. “We wake up the next day and start rebuilding from what we can find. It’s hard but we’ve got used to this life.”

S’manga Mkhize, 29, lost all his possessions last Thursday but says he won’t give up. “The struggle continues, although with our own people turning against us. We deserve this land and we will use it. We are not scavengers or thugs, and we do not want to destroy this land but to use it.”

In a press statement, Ethekwini Municipality said the land which the evicted residents have occupied was “earmarked for a housing development” but did not stipulate which communities would benefit from the project.

Asked about the burning of the residents’ shacks and the shooting of Landu Tshazi, the municipality declined to comment.