From Xolobeni to Marikana we see consequences of impunity 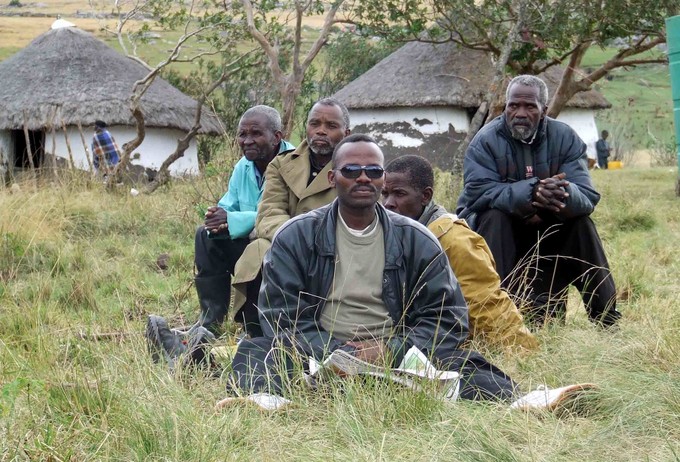 What happened to Bazooka cannot be isolated from current events in South Africa: his murder is part of an unhealthy continuum that threatens the increasingly fragile fabric of our constitutional democracy. Both are the inevitable consequences of impunity, of subverting the law - if not only in letter, then in intent – with no tangible repercussions.

A few hours after dark on the 22nd, a hijacked Volkswagen Golf drove up to Bazooka’s scrapyard and workshop with a blue police light flashing on its roof. After he refused to get into the car he was shot eight times in his head.

Bazooka earned his nickname for his fearsome soccer skills, firing balls through the opposition; he was equally capable of exposing the gaps of carelessly defended arguments. An ex-MK soldier, he was a community champion stolen from his family and peers before his time. He was not the first local opponent of the mine to be assassinated - Mandoda Ndovela was killed in 2003 after criticising the mine. His murder remains unsolved.

In 2014 MRC established a beach mine, Tormin on the same latitude as Xolobeni but on the opposite, arid West Coast of South Africa, some 350 kilometres north of Cape Town. While MRC was granted permission to extract the zircon and rutile which constitute around 5% of the beach sand, it unilaterally began to extract and sell both the garnet and ilmenite from the beach, in breach of the terms of operation under the licence permission.

In order to do so MRC radically changed Tormin’s mining methodology. The company had been granted permission to pump a concentrated zircon/rutile sand slurry to the processing plant from the beach. Instead a far higher impact method was used, trucking beach sand to the remote separation plant. So, instead of removing 5% of the volume of the beach as per the Mines and Works Programme, they were removing nearly 45%.

These substantial operational changes have been repeatedly brought to the attention of both provincial and national Departments of Mineral Resources, as well as to the provincial environmental authorities. No sanction has yet been taken against the mine. In fact permission has apparently been granted to expand the plant, despite rigorous objections.

The mine has also raised hackles throughout the region. For instance the transport of minerals for export has had significant impacts. The zircon was initially transported to Cape Town by rail. MRC terminated its contract with Transnet, instead using privately-owned 30 tonne trucks, running up to 50 loads per day. These have seriously degraded the unpaved regional roads that were neither designed, nor approved, to transport these materials.

There have also been ongoing labour disputes between the majority unionised workforce of Tormin, resulting in violence, extended court cases and unilateral pay cuts, creating bitter tensions between the mine and local residents. In response the CEO of Tormin, Mark Caruso, trotted out a bizarre biblical quote, “…and I will strike down upon thee with great vengeance and furious anger, those who attempt to poison and destroy my brothers. And you will know my name is the Lord when I lay my vengeance upon thee.”

Shots have been fired at aircraft overflying the mine, allegedly on the orders of the mine manager and probably in retaliation for the public release of aerial photographs which clearly show collapses of the sea cliffs below the separation plant and access roads. The mine has habitually refused entry to all-comers, including municipal and state officials. Farm lands in the area have been used to illegally stockpile garnet sand, without the requisite land change applications being submitted. The terms of the water use licence are disputed with alleged illegal dumping of sewage into the sea. Significant non-permitted construction activity has occurred in the sensitive and protected inter-tidal zone, involving the dumping of large boulders onto the beach. The list of alleged and actual transgressions goes on and on.

What is materially important is that no action has been taken against MRC by any of several responsible state departments. From an environmental and labour perspective alone, were this any other entity, serious consequences would certainly have followed.

How can a company with such a dubious operating record seek, yet again, to be granted rights to mine the Xolobeni mineral sands resource on the Wild Coast, particularly against the wishes of the community which lives there? Why, one wonders, is another attempt being made under this particular minister of Minerals and Energy, evidently linked to the Guptas and Zumas?

A culture of impunity inevitably breeds arrogance and contempt and erodes the rule of law. Why has Caruso and MRC, despite his denial of involvement, not actively and openly taken steps to curb the actions of people allegedly related to its subsidiaries Xolco and Blue Bantry? Perhaps they too, like Caruso, have crazy ideas of “great vengeance and furious anger”? Why otherwise was the Amadiba Crisis Committee attacked twice last year, forcing the community to seek a legal injunction against the perpetrators?

What has occurred amongst the Amadiba community, and at Tormin, are the inevitable result of the consequences of impunity. These events echo our current national malaise, exemplified by state capture. The corridors of power have been corrupted. The fish rots from the head, eventually contaminating the entire body politic.

The murder of Bazooka Rhadebe did not occur in isolation. It is part of a pattern. Marikana was the result of the state choosing to protect corporate rather than the communal interests. In the case of both Tormin and Xolobeni the police appear to support the interests of the mine, not the community.

The resource curse leads corporations, front companies, compromised politicians and corrupt government departments to sacrifice community and individual rights at the altar of mammon. Unless we stop this rot we risk becoming as exposed as Bazooka Rhadebe, an MK hero, apparently cast aside for profit. Surely we cannot accept the consequences of impunity?

Ashton is a freelance and commissioned journalist, author, researcher and columnist.