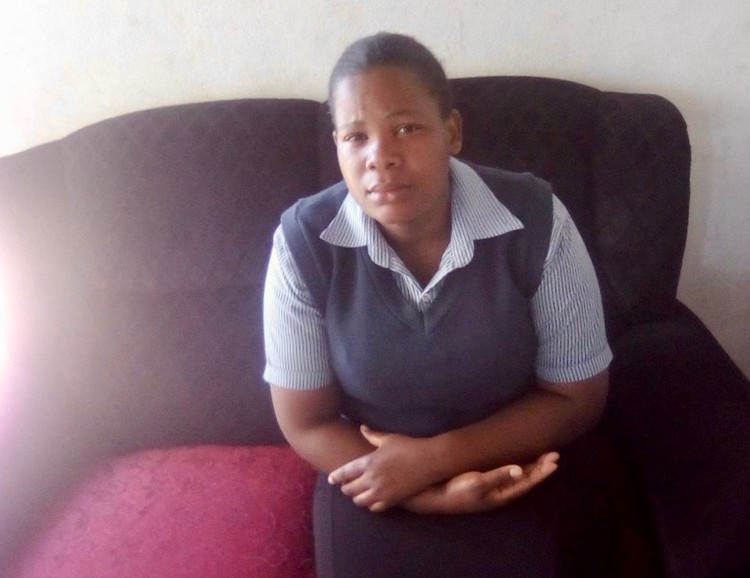 After five years of trying, Nompumelelo Caluza has been unable to get documentation for her prematurely born child. Photo: Zimbili Vilakazi

Nompumelelo Caluza has been trying for over five years to get a birth certificate for her six-year-old daughter at the Home Affairs Prospecton branch in Isipingo, south of Durban.

She says officials have refused to believe that she gave birth twice in the same year.

“On 28 January 2012 I gave birth to my first daughter. A few weeks after that I fell pregnant again. This time I was blessed with twins, whom I gave birth to on 6 October 2012,” said Caluza.

The twins, Lubanzi and Lukhona, were born prematurely and had to be placed in an incubator. “Unfortunately, Lubanzi died, but Lukhona lived. When we were discharged from Prince Mshiyeni Hospital, I tried applying for Lukhona’s birth certificate, but the Home Affairs system denied the application as it picked up that I had given birth in January the same year,” said Caluza.

She said she has been going in and out of the branch trying to have the application processed but officials kept telling her that the system was rejecting her application.

“Right now my twin daughter is supposed to be in Grade 1, but she is not, because a birth certificate is required for registration. I don’t know what else I should do,” said Caluza.

The spokesperson of the Department of Home Affairs in KwaZulu-Natal, Cyril Mncwabe, said Caluza’s complication could be solved.

“I will contact the branch and hear what they have to say regarding the application. I will also call Caluza to get her side of the story and then I will facilitate the application process. I will make sure that she is assisted,” said Mncwabe.