Strike suspended after a week 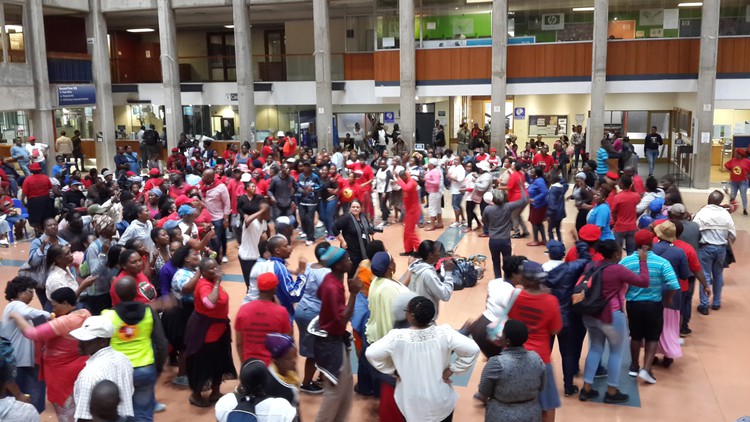 The week-long workers’ strike at the University of the Witwatersrand (Wits) has been suspended after management and the workers’ unions reached an agreement on Wednesday afternoon.

The National Union of Metalworkers of South Africa (NUMSA) and the National Health, Education and Allied Workers Union (NEHAWU) represented the workers at the negotiations.

The strike started last week Tuesday when the workers demanded a 12% increase in salaries, but Wits offered 8%. They also demanded that unions be part of decisions about performance incentives.

In a statement on Wednesday, Wits Senior Communications Officer Buhle Zuma said salary increases would be backdated to 1 January 2018.

Xaba also said Wits had agreed to create a task team by April this year to look into lower paid staff members moving up to the midpoint of salary scales. This means that the lowest earning staff member will earn about R124,000 a year as opposed to the current R94,000. Unions had demanded a minimum wage of R10,000 per month.

Zuma told GroundUp that the task team would meet on 8 April to assess the “affordability and sustainability” of the minimum wage increase and present these findings to the university council who would deliberate further.

“They will earn the same as other workers who fulfil the same job description”.

Zuma said most registrations had gone smoothly and classes would start on Monday, 5 February.