Without money to rebuild their shacks, Khayelitsha fire victims are living in churches 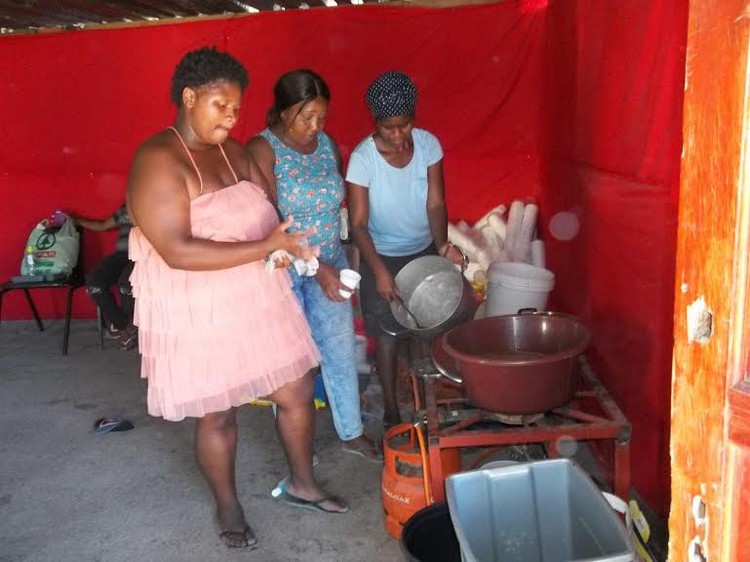 Twenty-four families who lost their shacks in a fire last month are living in churches as they have no materials to rebuild their shacks in Harare, Khayelitsha, in Cape Town.

The fire burned 26 shacks and displaced 63 shack dwellers on 24 January.

Community leader Ayanda Msuthu said the fire victims cook donated food on a gas stove as the church has no electricity. “Sometimes they have gas but no food. Other times they have food but no gas. They even go for three days without food,” he said.

Msuthu said the fire victims take turns to wash at a nearby community hall and do laundry at communal taps in a nearby informal settlement.

Bishop Mzimasi Gishi of Brothers of Christ Holy Spirit Church said, “They have no clothes to wear and food to feed to their kids. We appeal to NGOs and companies to help them. The fire victims can’t even collect their social grants because their cards burned during the fire.”

Gishi said the fire victims wanted building materials to rebuild their shacks and leave the churches as “they are not safe from Covid-19.”

Community leader Funyanwa Sobethwa said the families had received blankets, food and sponge mattresses from the SA Social Security Agency (SASSA) after the fire and had applied for a once-off SASSA grant.

They had collected burnt corrugated zinc sheets to rebuild their shacks but had no poles or nails.

“We all sleep fully dressed because we are mixed with men,” she said.

Councillor Malusi Booi, Mayco Member for Human Settlements, said: “SASSA has been informed to provide humanitarian assistance and the City asked Gift of the Givers for assistance for the fire-affected residents.”

City spokesperson Jean-Marie de Waal said she had been informed that “assessments are currently taking place there”. She said the names and ID numbers of fire-affected residents were being registered.