Or do too many politicians have a vested interest in his continued reign? 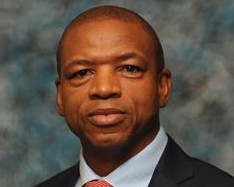 Premier Supra Mahumapelo should follow the recommendation of the Commission on Traditional Leadership Disputes and Claims and depose Nyalala Pilane. Photo from North West government website.

Royal families of Bakgatla ba Kgafela in North West have finally been vindicated that their claim that Kgosi Nyalala Pilane, who has ruled since 1996, is not the correct leader of the platinum-rich community according to customary law.

Nyalala Pilane’s reign has been tainted by accusations of financial mismanagement. And cases in the Constitutional Court have drawn attention to the traditional authority’s undemocratic style of leadership.

The North West provincial committee of the Commission on Traditional Leadership Disputes and Claims has released a report finding that the appointment of Pilane, currently Deputy President of the Congress of Traditional Leaders of South Africa (Contralesa), was contrary to the customary law of Bakgatla ba Kgafela.

The Committee recommended that Pilane’s recognition be nullified immediately and that he be replaced by Merafe Ramono. Ramono had instituted a claim on the basis of his ancestry and status as the eldest son of the previous kgosi. In the mid-1990s, an intervention from the Botswana branch of Bakgatla ba Kgafela – supported by Lucas Mangope, at that time President of the Bophuthatswana Bantustan – ensured that Pilane was installed as kgosi.

The Committee’s report describes a series of cases fought between Pilane and other Bakgatla royal family members. In at least one case Pilane obtained an interdict to prevent other royal family members from calling and attending meetings, while in another case he stood accused of fraud and maladministration of the traditional community’s affairs and finances. Pilane also supported litigation that tried to prevent the Committee itself from investigating Ramono’s claims that he should be kgosi.

These tensions reached the Constitutional Court with Pilane featuring in two ground-breaking cases about customary law.

In the first, Pilane’s attempts to reserve the power to call meetings for himself and the Bakgatla ba Kgafela traditional council were declared unconstitutional for denying rights of association, freedom of assembly and expression.

In the second, the Department of Rural Development and Land Reform was ordered to permanently register the Bakgatla ba Kgafela Communal Property Association as the community’s preferred institution for ownership and management of communal land won through restitution. Through Pilane’s intervention the registration process had been stalled so that the kgosi’s preferred landholding mechanism – a trust with himself as primary trustee – could be implemented instead.

It is no surprise then that the Committee report states that all seven royal families constituting Bakgatla ba Kgafela in North West “agree unanimously” that Pilane is not the “rightful” senior traditional leader, even if they do not agree about exactly who that leader should be.

It is difficult to imagine a scenario where, despite the Committee’s findings and years of opposition to Nyalala Pilane’s rule, Pilane would be able to retain his position. Yet, approval and implementation of the Committee’s findings is in the hands of North West Premier Supra Mahumapelo. This is because the Traditional Leadership and Governance Framework Act, which established the Commission and its provincial committees, reduces the Commission’s findings to “recommendations” that can be accepted or rejected at the discretion of a government official, in this case the premier.

When the Framework Act was first promulgated, it was accompanied by a promise that the Commission would restore the dignity of traditional leadership in South Africa by investigating and remedying the distortions created by past colonial and apartheid governments when appointing “chiefs” and creating “tribes”. This was necessary to mitigate the Framework Act’s affirmation of the status of existing chiefs, tribes and tribal authorities, which effectively entrenched the Bantustan boundaries and leaders put in place during apartheid.

To give weight to the important mandate of the Commission, it was specifically given decision-making powers. Previous commissions set up to investigate the legitimacy of tribal boundaries and traditional leaders have been unsuccessful precisely because their recommendations were embargoed by government to avoid disrupting the status quo. Similarly, the Bakgatla report was only publicised by the premier at the end of 2015 after legal action, although it appears to have been finalised by the Committee in 2014.

The promise in 2003 was that the Commission created in terms of the Framework Act would be independent of such political concerns and would decide issues directly, rather than referring its recommendations to politicians. This changed when a 2009 amendment of the Framework Act downgraded the status of the Commission’s findings to “recommendations” instead of “decisions”.

For this reason the outcome for Bakgatla ba Kgafela is controlled by the premier. The premier signed the Committee’s report on 18 December 2015 and set a two-month period until the end of February for consultation with members of the Bakgatla royal families. The implication is that Nyalala Pilane’s dethronement will not be immediate but must take place by the cut-off date at the end of February.

Is this due diligence by an administrator performing his duties? Or is it an attempt to delay the dethronement of a traditional leader prominent in the mining and political sphere? All eyes are now on the premier.

In the meantime, transactions approved by Pilane during his reign as traditional leader remain in place provided that they were lawful in all other respects, and Bakgatla ba Kgafela will be wondering about the fate of community stakes in mining ventures presently controlled by him.

Despite legal requirements and repeated pleas from community members that the financial accounts of “traditional communities” such as Bakgatla ba Kgafela be audited annually, the Auditor-General and North West provincial government have failed to enforce this basic oversight mechanism. This has contributed to widespread speculation of mining deal corruption involving senior politicians. The secrecy that shrouds existing mining contracts has also raised concerns about how the community’s resources will be safeguarded during the coming months.

For Bakgatla ba Kgafela, the Committee’s report is a victory after many years of people calling for Pilane’s removal, and litigating about his status. The North West premier would have great difficulty in finding a justification to delay implementing the recommendations, notwithstanding Pilane’s wealth and political influence. Committees are reporting in other provinces too, and the premiers are being closely monitored to see how they respond when recommendations challenge those who have built up power in the former Bantustans.

The Traditional and Khoisan Leadership Bill – currently before Parliament – is designed to repeal and replace the Framework Act. It has been criticised for excluding community consultation from the processes set out in its provisions. Instead it could enable government to delegate roles directly to traditional leaders, as they have been demanding.

Parliament can expect massive opposition to the Bill if premiers unjustifiably fail to implement commission recommendations in their provinces. Various community groups have invested time and effort in testifying before the commission – they deserve to be informed of the outcomes and taken seriously. If provincial premiers are unable to confront or hold accountable those individuals who have benefited from the Framework Act, people will be even more sceptical of its legislative successor.

Monica de Souza Louw is a researcher and head of the Governance Programme at the Land & Accountability Research Centre (previously the Rural Women’s Action Research programme) at UCT.

Views expressed are not necessarily GroundUp's.