What Zimbabweans think about the upcoming elections 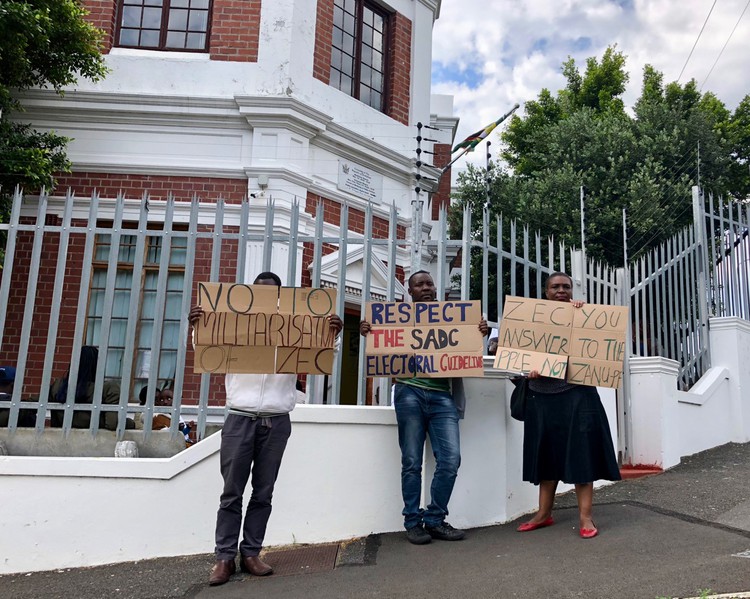 Zimbabweans living in South Africa picketed outside the Zimbabwe Consulate in Cape Town on 19 July, urging the elections be free and fair. Photo: Tariro Washinyira

By Joseph Chirume and Bernard Chiguvare

On Monday Zimbabweans will go to the polls, holding the first election since Robert Mugabe, who ruled the country for 37 years, was ousted. The main contenders for the presidency are current president Emmerson Dambudzo Mnangagwa of ZANU-PF and Nelson Chamisa of the opposition MDC. Groundup asked Zimbabweans in Zimbabwe and South Africa their views.

Killiah Nemasango, a street vendor who lives in the rural east of Zimbabwe, said the new government should quickly sort out the country’s cash crisis. “I am always outside the country – to South Africa, Mozambique or Botswana, ordering goods for resale. I have no time with my family … The Zimbabwean bond cannot be used anywhere other than in Zimbabwe. As vendors we need US dollars so that we can buy goods for resale from neighbouring countries.”

Nemasango’s daughter graduated as a teacher last year but could not find work in Zimbabwe. She is a domestic worker in South Africa now.

Petros Tsikwa, who lives in Rusape, said, “Civil servants are supposed to go for pension at the age of 60, but most of the ministers and the president himself are well above that age! … We need young blood to be in positions of power.”

“The new government should quickly create jobs so that we also get employed,” said Martin Chisetera. For years he has been struggling to find employment. “I have four children; three of them are in South Africa. They send money for food every month … I am still in the working age group but I am doing nothing the whole day. Life is very hard for me.”

Nomatter Makudza, a young street vendor, said, “I really wanted to complete high school but my mother could not afford to pay school fees. My father passed away when I was still young. I had to drop out of school in July last year. If the new government could create jobs then I could work and then go back to school.”

GroundUp also spoke to Zimbabwean nationals living in Port Elizabeth, who have been following the elections with keen interest.

Itai Mahiya said the present Zimbabwean government should be re-elected. He said he managed to buy a house and own a plot in Gweru as a result of Mugabe’s land policies. “I would not have managed to own a house in town had it not been the present government’s policies that are pro-poor. I got my money from cross-border trading and built my house. I also managed to send my children to university as a result of proceeds from people paying rent at my house … I would like to see continuity. Zimbabwe was destroyed by sanctions imposed by outside countries.”

But most Zimbabweans GroundUp spoke to wanted to see a change of government.

Shamiso Chikwari said she wants to see new leadership. She followed her husband to South Africa in 2007. “My husband was a well respected teacher in Bindura. He ran away after government agents accused him of being a member of the opposition. He didn’t find it difficult to get a job in South Africa but our marriage didn’t last … This would not have happened had we stayed in Zimbabwe.”

Trust Kanyepi left Zimbabwe in 2010. He wanted to train as a cellphone technician in Zimbabwe but couldn’t get the money to pay for the fees because his parents had been retrenched. “I am bitter with politicians because I failed to realise my dream,” he said.

He has a small container in Motherwell from which he repairs people’s cellphones. “We are being called derogatory names by locals. I have been arrested several times … People accuse us of buying stolen property. Most of the cases have fallen away and proven to be motivated by hate. This is the reason I want the election to bring change so I can pack up and return to Zimbabwe.” 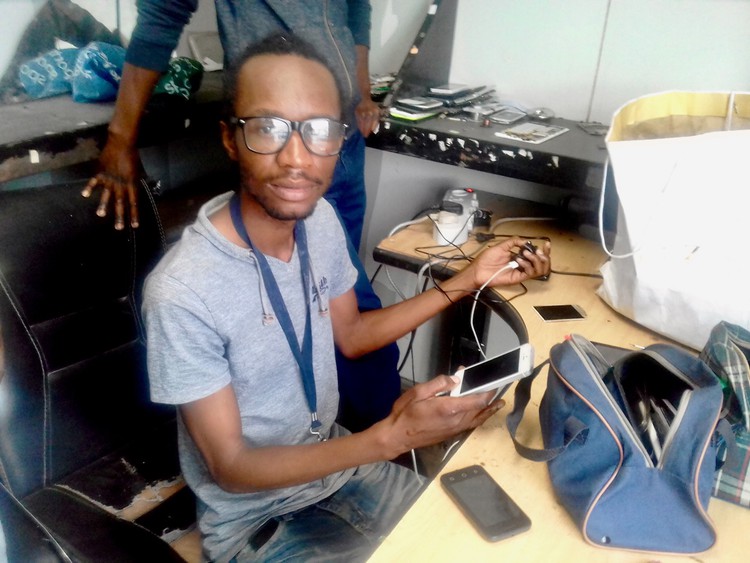 Trust Kanyepi left Zimbabwe in 2010. He wants to go back to his country if things improve. Photo: Joseph Chirume

Sydney Mukaro also desperately wants to go back to Zimbabwe. “I used to love working in South Africa but I changed my mind early this month when foreign truck drivers were attacked in KZN. Our working relationship with the local citizens is at a low ebb. They blame us for everything happening in the country … I don’t support or hate any political party in Zimbabwe. What we need is someone who will change the economy of the country.”

Mukaro’s wife is a registered voter. He said she went to Zimbabwe last week to vote.

Anthony Mukuku left Zimbabwe ten years ago. He had been helping his parents farm on their communal plot in Karoi. “I hope things change because I miss my parents. I like farming very much. I had plans to move onto a bigger plot and practice commercial farming. This all failed due to poor policies and political violence. I ran away to South Africa for safety. I arrived here with virtually nothing. I had to teach myself how to build because there was a construction boom due to the FIFA World Cup.”

Mukuku is married to a South African citizen. He said he is willing to emigrate to Zimbabwe with his family if conditions change.

Misheck Marufu said, “Everyday I pray to God to bring a new government in Zimbabwe. We have suffered enough. We want a leader who is capable of bringing prosperity to the people, someone who attracts businesses that will create jobs … We want better services like education, health and housing. The country is in a state of decay due to decades of corruption and malpractices. I will be the first person to go to Zimbabwe if a new government is installed next week.“