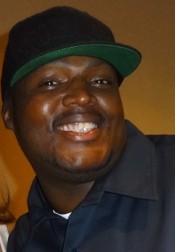 Hip Hop Pantsula died on 24 October at the age of 38, possibly by suicide. Photo by Wikimedia user Jennifer Su (CC BY 2.0)

The death of hip hop icon HHP, is a lesson for the black community to start taking mental health more seriously.

He died in his Johannesburg home on 24 October, possibly after taking his own life. Social media was abuzz with tributes for the late star. Many expressed “unbelievable sadness” and urged others to “get checked and treated for depression”.

This contrasted with the reaction described in a 2016 Destiny Man article titled Why Black People Don’t Take Depression Seriously. The article addressed the criticism the rapper had received when he opened up about his battle with depression and several failed suicide attempts.

Some members of the public referred to him as weak and mocked him. Unfortunately, this is a common response to mental health issues in the black community. Depression has for a long time been referred to as a “white disease” even though close to one in six South Africans suffer from depression or anxiety.

The idea that having mental health problems is a sign of weakness, is especially an issue which prevents many black men from seeking help. There’s no doubt that a patriarchal culture exists amongst us as black people. A black man must be strong, he must provide, he must bear the brunt of black tax. “Indoda ayikhali” is a common expression that tells black men, they can’t show emotion, they can’t suffer openly.

For the black child, depression is sometimes seen as irresponsibility or rudeness and sufferers are often chastised for their symptoms instead of being shown care or compassion. Common symptoms such as people feeling the need to isolate themselves, displaying anger and irritability as well as experiencing hypersomnia (sleeping too much) are viewed as acts of defiance, as people struggle to fulfil social expectations such as waking up to complete household chores, study and perform well at school and not display ‘moody’ behaviours towards elders.

A Perspective from UCT

The result of these attitudes towards mental health is particularly evident at the University of Cape Town (UCT). A considerable number of black students at the university come from lower income communities and are generally the first in their families to come to university.

These students are under immense pressure. They are expected to succeed academically and be the future breadwinners for their families. Students often choose to put on a brave face when dealing with stress and depression as they cannot disappoint those who are dependent on them. Some students will choose to soldier through to graduation without seeking assistance or opting to extend their degree because the financial and status-driven gains of acquiring a degree, outweigh the psychological costs of stress and overexertion.

Depression can adversely affect academic progress as sufferers often battle with concentration issues as well as persistent physical aches and pains. Students then hand in assignments late or are unable to study for tests, despite their best efforts. Because of the stigma of mental illness, they may find it difficult to approach their lecturers and admit that they are struggling.

Although facilities such as Student Wellness are available, many students wait until the issue has reached a peak before they seek help.

The attitudes towards mental health need to change. In many black communities, mental illness is blamed on witchcraft or demonic possession instead of being seen as a normal response to an abnormal amount of emotional trauma or pressure. Mental illness is not a racially selective phenomenon and it’s dangerous to dismiss an individual’s pain because their race discredits their struggles.

If you’re struggling with a mental illness or suspect that you may have one, please seek help. It does not make you weak, it makes you a fighter.

Shoba is an Honours student in media studies at the University of Cape Town.

Where you can get help: