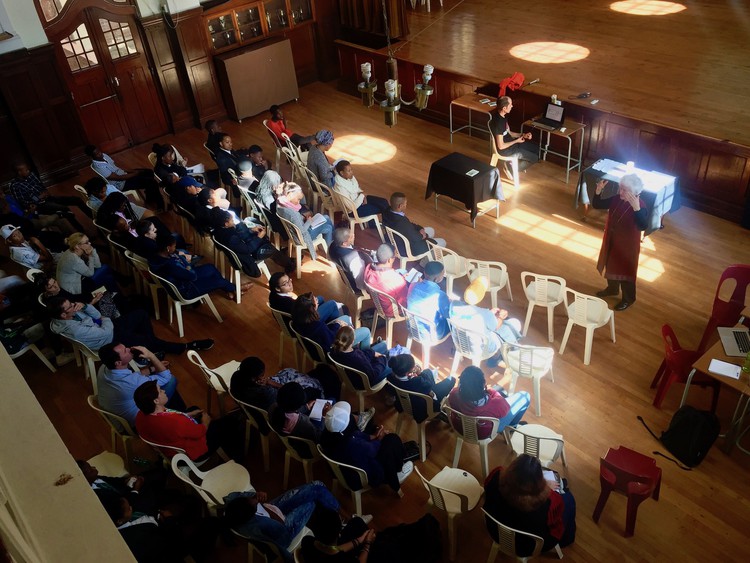 On Saturday, more than 50 learners and teachers from nine schools in Cape Town met at Good Hope Seminary High School in Gardens to discuss inclusion and diversity in schooling.

The summit is the fifth of its kind since August last year. It was organized by Leon Linz, Good Hope’s deputy principal. He said the event was hosted to create a space “for high school learners to interact and engage, to be exposed to a range of issues and perhaps consider things differently”.

“South Africa is a country still plagued by traditional, conservative and backward views which will obviously find their way into schools,” Linz said.

“If every learner at school truly matters, then the gay, lesbian or transgendered kid deserves to feel safe, as does the black child, the white child, the brown child, the one from another city or country, the girl and the boy who chooses to express themselves outside the confines of traditional roles, and those who believe differently too.”

The forum included speakers Sharon Ludwig (Triangle Project), who addressed gender and sexuality, Kay McCormick (a linguist formerly with UCT), who spoke about the links between power and language, and Sylvia Mama (founder of Western Cape Albinism Hypo-Pigment Foundation), who spoke about her experience as a woman with albinism.

“My teacher asked me to come here [the forum] because I did not know what diversity meant,” said Evodi Mukania, an 18-year-old learner at Cape Town High School doing research for an oral. “I was amazed by what was said, because I used to judge gay people and lesbians.” Mukania said she grew up in a traditional Christian household where she was taught “gays and lesbians were committing a sin”.

Nearly a year into the development of the project, Linz said he was looking for ways to bring similar discussions to more learners. “The challenge is to make it bigger, but then you are going to need more people to make it happen,” he said.

Linz said he is trying to partner with principals and teachers’ unions to gain access to other schools, and is developing a curriculum for teachers’ workshops and avenues for learners to start their own inclusion-focused groups on campus.

“I think that would be a great initiative, because there are people who are interested to come, but they don’t have the means or transport to get here,” Suheimah Mateus, a 16-year-old learner at Cape Town’s German International School said. “If we take this initiative to the people it would be even better.”