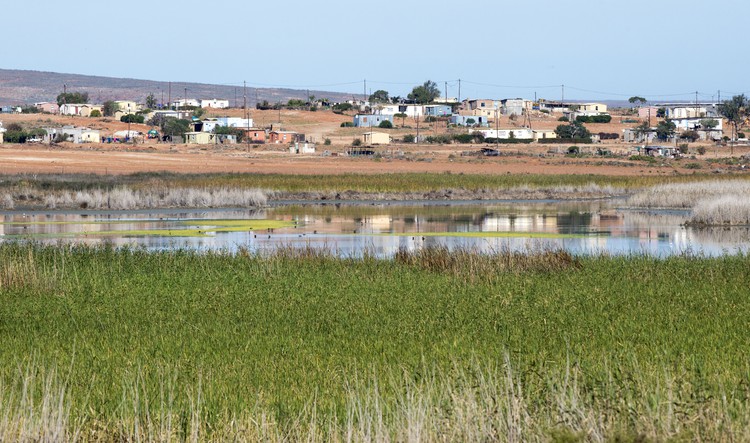 Australian company, MRC, has been granted prospecting rights on the northern bank of the Olifants River. Archive photo: John Yeld

The national Department of Mineral Resources (DMR) has unlawfully approved mineral prospecting rights on a large swathe of land on the northern bank of the Olifants River estuary and its decision should be set aside, says the Western Cape government.

This is because the applicant for the prospecting rights – controversial Australian mining company Mineral Commodities Ltd through its South African subsidiary Mineral Sands Resources that operates the nearby Tormin mine – did not submit the required Final Basic Assessment Report within the legislated 90-day time frame.

This argument – refuted by the mining company – was made by the Western Cape’s Department of Environmental Affairs and Development Planning as part of its formal appeal against the approval of the prospecting application that was issued by the national Department of Mineral Resources on 11 May.

The prospecting approval is subject to appeal to the national minister of Environmental Affairs, Edna Molewa, under the government’s controversial One Environmental System for the mining industry, and the Western Cape’s environment department is one of several appeals submitted. Another appeal is by the local Matzikama Municipality.

In terms of the mining department’s Environmental Authorisation, Mineral Sands Resources was awarded prospecting rights on two properties on the northern bank area of the Olifants River estuary ­­­– the third largest estuary on the South African coastline and one of the country’s most pristine estuarine systems. Under the authorisation, MSR is allowed to drill 200 prospecting boreholes on the two properties to a maximum depth of 30m, only on existing farm tracks.

The Basic Assessment Report (BAR) on which this prospecting authorisation is based, was compiled by Mineral Sands Resources’ Australia-based environmental consultant Adriaan du Toit.

In its appeal, the Western Cape’s environment department pointed to discrepancies in the submission of various versions of this BAR.

Du Toit had notified interested and affected parties ­– including the Western Cape department – on 6 May 2016 that a draft version of the BAR was available for comment. This was the only version they were ever presented with.

However, the authorisation records that in its decision-making process, the Department of Mineral Resources considered three BAR reports, received on 9 September 2016, 12 May 2017 and 18 April 2018 respectively.

The provincial environment department said it assumed that the report of 18 April 2018 had been the final BAR submitted for decision-making purposes. The status of the two previous BARs was not known to it, but no revised BAR had ever been made available to interested parties.

So, according to its calculations, the final BAR should have been submitted to the mining department “by no later than 11 July 2016.” In terms of the Environmental Impact Assessment regulations, an application lapses if the applicant fails to meet any of the prescribed timeframes, unless a formal extension has been granted.

“As such, [this] application lapsed when on day 90 the final BAR was not submitted to DMR. DMR’s consideration of the lapsed application was thus ultra vires [unlawful] and should be set aside,” the provincial department’s appeal states.

MSR responded by saying: “The final Basic Assessment Report (‘BAR’) submitted to the competent authority [DMR] did not comprise of significant new information or significant changes from the initial draft BAR which was subject to the first public participation process.”

The provincial department also said that the draft BAR had failed to identify, evaluate and assess all environmental impacts of the proposed prospecting.

In response, Mineral Sands Resources said it was scientifically acceptable to use previous environmental studies “as long as nothing has changed on the ground”, and that there would be no impact on the Olifants River and the estuary. Layout plans for prospecting “clearly showed” where buffer zones would be.

West Coast environmental activist and conservationist Suzanne du Plessis said in her appeal that Du Toit, as the formal Environmental Assessment Practitioner for the prospecting application, had provided “inappropriate” information. Also, the specialist studies referred to in his report were “outdated” and did not refer to the application area, and he had incorrectly described the land under application and provided incorrect maps.

The financial provision for rehabilitation had been incorrectly calculated, Du Plessis added.

In response, Mineral Sands Resources denied that information in the BAR was outdated or inappropriate, or that the area had been incorrectly described.

It did not respond to the charge of incorrectly calculating the rehabilitation cost.