MP demands to know why National Disaster Management Centre refused requests for help, yet underspent its budget by R300m 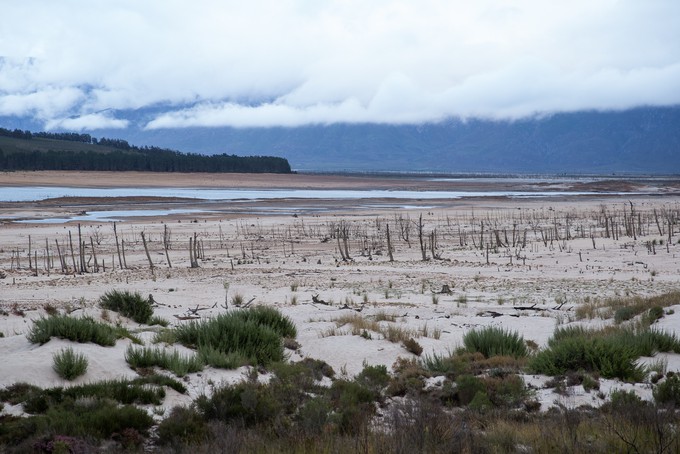 Theewaterskloof is the largest dam supplying municipal water to Cape Town. As of 26 October it was 27.8% full. Photo from May 2017: Ashraf Hendricks

The Western Cape government needs another half a billion rand to deal with the current water crisis.

That was the main outcome of a high-level joint meeting held in Parliament on Wednesday by the Portfolio Committee on Water and Sanitation.

It was made clear at the meeting that the province faces an uphill challenge and discussion at times became heated over delays and a perceived lack of response from stakeholders.

DA MP Kevin Mileham asked why R300 million was underspent at the National Disaster Management Centre (NDMC) and yet the agency had declined requests for help.

The head of the NDMC, Dr Mmaphaka Tau, said certain conditions had to be met before declaring a disaster area and an emergency relief grant of R500 million would have to be released within three months of that declaration. The grant could only be used for disaster relief programmes.

Graham Paulse from the Western Cape government said that although the National Department of Cooperative Governance and Traditional Affairs (COGTA) has given the province nearly R75 million to deal with the crisis, another R542 million is required for the drought-affected areas.

DA MP Leonard Basson told COGTA Minister Des van Rooyen, “I am not satisfied by the contribution of COGTA only giving R74 million with a shortfall of R541 million.” Basson also questioned if the department of Water and Sanitation had contributed any funds.

Some DA members mentioned that the water crisis has been pending for three years, and they questioned why no legislation provided for relief from COGTA. They complained that legislation kept the department from doing its job and assisting the Western Cape. Van Rooyen agreed that legislation on the provision of emergency relief needs to be reconsidered.

Paulse said that municipalities have been asked to reprioritise their budgets to come up with this amount.

Xanthea Limberg, Mayoral Committee member for water and waste management, said in response that the City of Cape Town was already looking at ways of making its funds available by using cash reserves, budget cuts and additional loans. However, she said the City had to wait for a response from National Treasury for permission to hold a special budget appropriations meeting to authorise the movement of funds to water projects.

Meetings to consider redirecting funds are held twice a year, in August and January. She explained that in order to reprioritise funding now, a special budget appropriations meeting was needed and permission was required from National Treasury. The delay in proceeding with this meeting angered some Committee members.

The drought and water crisis in the Western Cape that has resulted from below average rainfall has dams running well below capacity. On 23 October dam levels for Cape Town were 38.5% compared to 61.1% at the same time last year.

Trevor Balzer from the Strategic and Emergency Projects within the Department of Water and Sanitation warned that low rainfall during the summer months could spell more disaster for the already stricken province.

“It is highly unlikely that we will get rain in this [summer] season,” Balzer told the Committee. He emphasised that all stakeholders involved need to find ways to maintain the water supply until next winter.

Water and Sanitation Committee Chairperson Mlungisi Johnson said another meeting with the same stakeholders needs to take place soon to check on progress.

Also present at the meeting were Minister of Water and Sanitation Nomvula Makonyane, officials from the Department of Agriculture, Forestry and Fisheries, along with members of the Western Cape Provincial Department of Local Government, Planning and Environment, and the City of Cape Town.