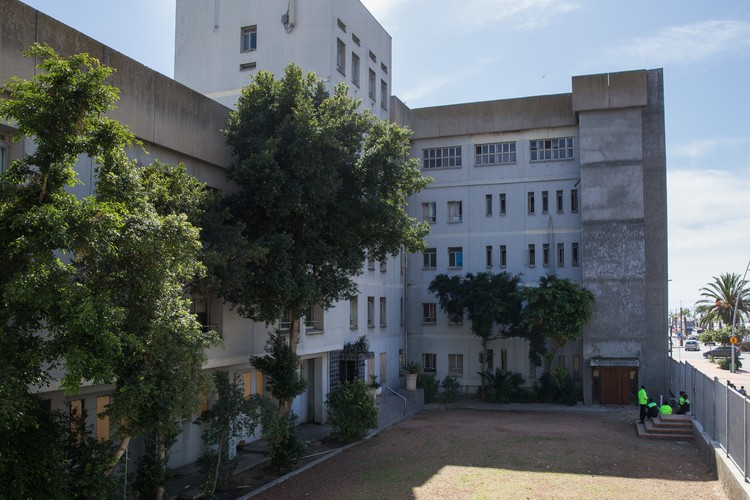 The security company protecting Helen Bowden Nurses Home is contracted to provide 36 guards 24 hours a day, but neither GroundUp nor residents we have spoken to have seen that many guards on duty. Photo: Ashraf Hendricks

GroundUp has had no clear answers for three weeks from Minister Donald Grant regarding a R3-million a month security contract to guard the Helen Bowden Nurses Home.

GroundUp has therefore, via the Open Democracy Advice Centre, sent a request under the Promotion of Access to Information Act (PAIA) to the Western Cape Department of Transport and Public Works (DTPW) for documentation.

Siphesihle Dube, spokesperson for Grant, responded to our inquiries by repeating that there was a need for security, saying, “Minister Grant has requested a detailed breakdown of the series of events, from the department, that have necessitated the security response (formulated in cooperation and under the advice of the South African Police Service) that is currently being implemented on the site.”

However, this did not answer any of GroundUp’s questions or requests for contract documentation.

During March and April GroundUp investigated the security at Helen Bowden Nurses Home and found that the terms of the contract between the department and Masiqhame Trading 540 CC were not met. There were far fewer security guards and guard dogs (which also appeared to be untrained) than were contracted to be on site. There were no toilets provided either (although these were subsequently provided). It also seems the department is grossly overpaying.

On 3 May, the department sent a receipt to GroundUp that it had received the PAIA request. It now has 30 days to approve or deny the request, with one 30 day extension allowed. If it does not answer within 30 days (or 60 if there is an extension) it is considered a “deemed refusal” which GroundUp may appeal.

The Western Cape government is meant to evaluate companies competing for a contract through a tender process. GroundUp requested all documents reflecting the call for tender, tender specification, tender evaluations and the award, and contracts for the Helen Bowden Nurses Home, the Tafelberg school and the Woodstock Hospital, all of which are unused province-owned sites.

Other contracts with Masiqhame Trading 540 CC, the security company hired for the Helen Bowden Nurses Home, have also been requested.

Reclaim the City is occupying both the Woodstock Hospital and the Helen Bowden Nurses Home to protest the government’s housing policies and demand affordable housing in the City of Cape Town.