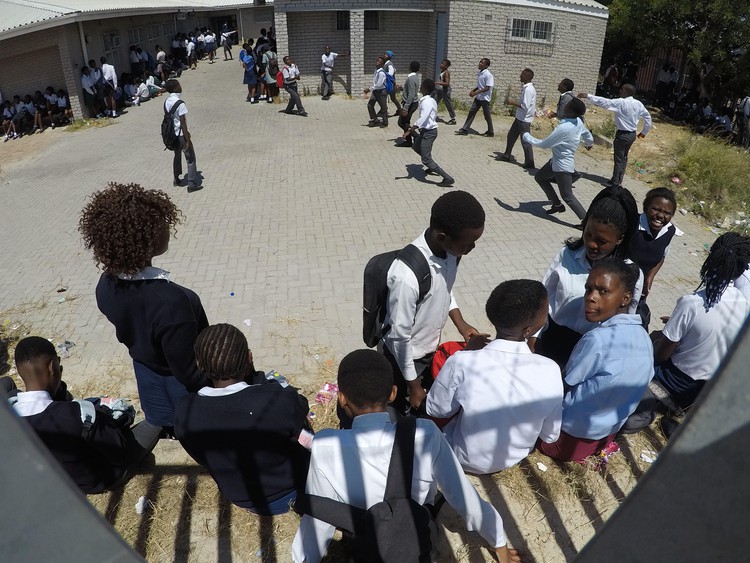 Standardised tests administered by the Western Cape Education Department show that learners’ maths and language skills have improved since 2011. Photo of learners in Mfuleni: Masixole Feni

Tests show learners’ language and maths abilities have the improved since 2011, according to Debbie Schäfer, MEC of Education for the Western Cape. The tests measure learners’ abilities in grades 3, 6 and 9.

The tests were introduced in the Western Cape in 2001. The department approached the Centre for Evaluation and Assessment (CEA) in 2011 to update and evaluate the tests, in order to “remain credible and relevant” said Schäfer. The pass mark is 50%.

The department identified data handling, algebra and identifying shapes as areas with which students are struggling.

Grade 6 language results went up from 40.9 % to 44%. The department said writing skills improved, but reasoning for answers decreased. Grade 9 learners’ language rose very slightly from 48.9% to 51.1%, with what Schäfer called a “steady improvement in writing, reasoning and structure”.

The department believes these tests are valuable for developing the education system by producing data from a variety of different levels, rather than only looking at matric results for the strengths and weaknesses of the system.

The National Department of Basic Education is piloting these systematic tests in 20% of schools in the other provinces.