“The lack of housing has forced us to become victims of the landlords.” 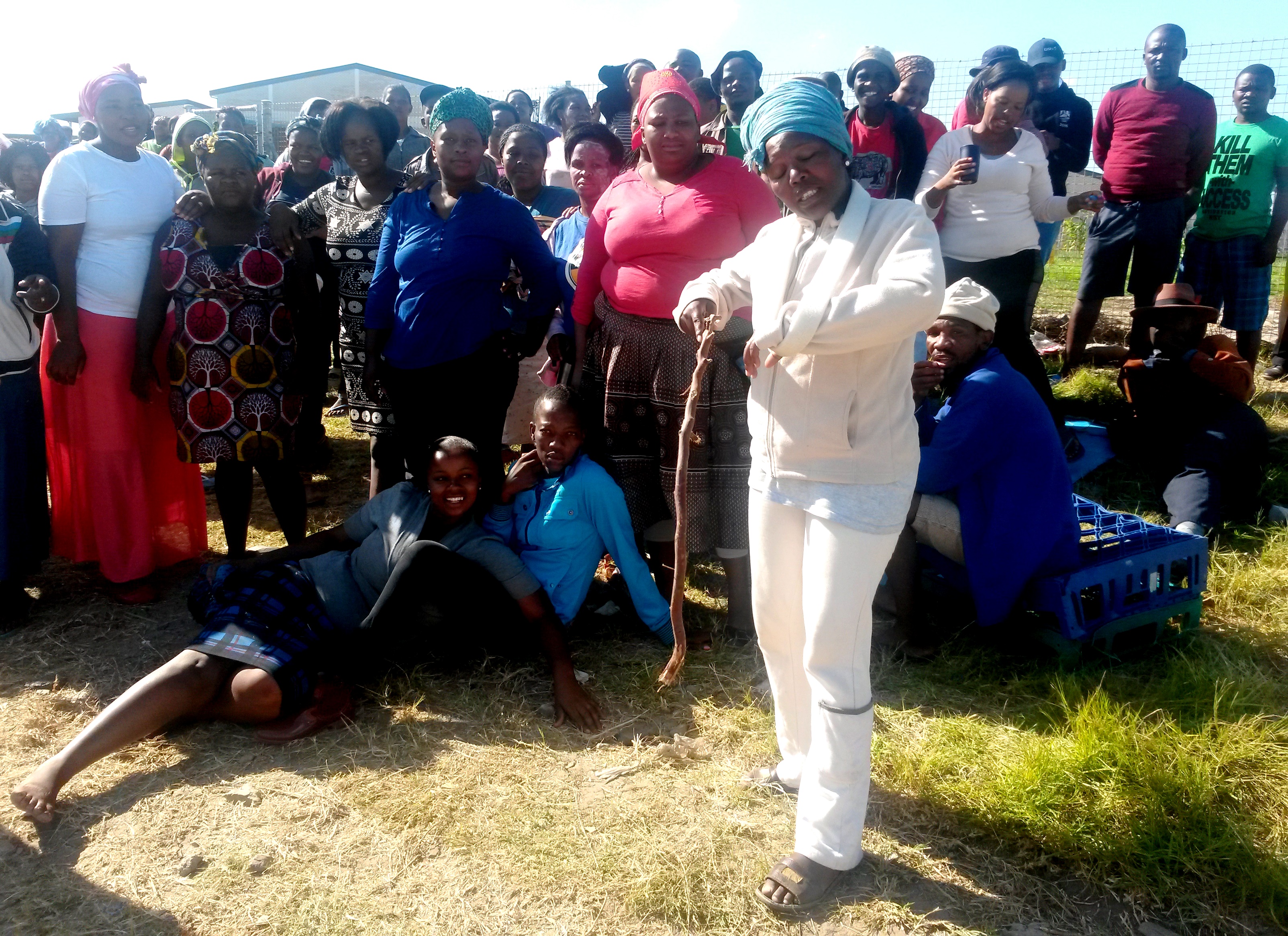 Some of the 400 backyarders who said on Wednesday they will continue to erect structures on the sports field near Potsdam Road in Dunoon. Photo: Barbara Maregele

Dunoon backyarders say they will continue to occupy vacant pockets of land until the City of Cape Town addresses their demands for housing.

“I don’t have a place to stay anymore. The lack of housing in the area has forced us to become victims of the landlords. We can’t live like that,” said backyarder Khanya Mdlulwa.

The group say about 1,000 people including children have been attempting to occupy open fields in and around the Dunoon area since Friday 18 March.

Over the weekend, there were violent clashes with police and law enforcement officers when authorities came to demolish the structures.

Protesters, allegedly in retaliation, burnt down the Dunoon MyCiTi bus station on the N7, blockaded roads with burning rubbish, threw stones at motorists, and set alight the community hall and the local ward councillor’s offices.

Sporadic protests continued into the week. Emergency services were unable to reach a 29-year-old woman in labour on Tuesday morning because of the protest action.

The City’s Mayoral Committee member for Safety and Security, JP Smith, said in a statement that metro police officers on duty that morning were forced to deliver the baby themselves in the mother’s house. Officers transported the mother and baby to an ambulance on the outskirts of Dunoon, where they were taken by ambulance to Somerset Hospital.

Smith said that this illustrated “the widespread knock-on effects of public unrest where law-abiding residents are denied basic rights like access to an ambulance because of the actions of a few.”

Four people arrested on Saturday for public violence are soon to appear in the Cape Town Magistrate’s Court.

On Wednesday, Mdlulwa was among nearly 400 backyarders who assembled on the sports field near Potsdam Road. Piles of rubbish and charred tyres could still be seen in the streets around the open field. Several wooden planks were also on the field, where the group planned to re-erect their structures.

During the protests, Mdlulwa was evicted by her landlord. The 38-year-old backyarder said she was tired of living in “poor” conditions.

“I have been paying R500 a month since 2013. My Wendy house is still standing in the yard, but my landlord won’t let me live there since we started toyi-toying on Friday. He told me that he isn’t happy at all with what we are doing.

“The landlord always tells me that I waste water because I flush the toilet too much. I would rather come and live on this field where there is no services instead of paying rent to that landlord. I’m tired of paying rent,” she said.

The group said most of them have been prevented from returning to the homes they were renting. Landlords said they did not want them back. As a result, many people have been squatting on the field or with neighbours.

The backyarders said that several Somali-owned shops in the area have been donating food and cold drinks to help feed the children at night.

Lungisa Mbekha said that there have been no new housing developments in the area since 1999, despite budgets being allocated to the community.

“Two years ago, people looking for housing could apply for homes in Morning Star and Chatsworth. We had to pay R7,000, which most of us couldn’t afford. This forced [backyarders] to become victims to the landlords. We want to raise our families in a dignified manner,” she said.

“There are places standing empty in Wolwerivier, but they [the City] are taking people from other areas to go live there when we desperately need houses,” she said.

Wolwerivier is a recent City of Cape Town low-cost housing development some distance north of Dunoon.

Another backyarder, Luyanda Nkohla, said frustration led to their decision to occupy land in the area.

“The landlords are already kicking some of us out. We were told to go to the Civic Centre for a meeting with someone from Human Settlements, but we want them to come to us. They told us if we don’t go there, they won’t negotiate with us and we’ll be thrown off this land,” he said.

Nkohla said they were determined to get answers from the City.

The local ward councillor Lubabalo Makaleni said he was outraged by the group’s actions.

“I live in the area, but my wife and children don’t feel safe here anymore. Over the weekend, the group came into my house – where my family were – to ask for me. They threatened to burn my house, but instead burnt my office,” he said.

Makaleni said he met with backyarders and homeowners last year to try and resolve some of their concerns.

“I explained to people that they need to form steering committees. They still haven’t done this. I even met with the homeowners last year to tell them to upgrade their electrical boxes to accommodate the backyarders and to improve some of their terms,” he said.

Makaleni said that while there were funds allocated for housing, he refused to release this information to the group. “They will just go and invade that land without following the proper steps which is something I don’t agree with. I told the people that they were also building under Eskom lines which had its own safety concerns. They mustn’t come running to me for help when something goes wrong,” he said.