A roundup of some of the activities of civil society organisations 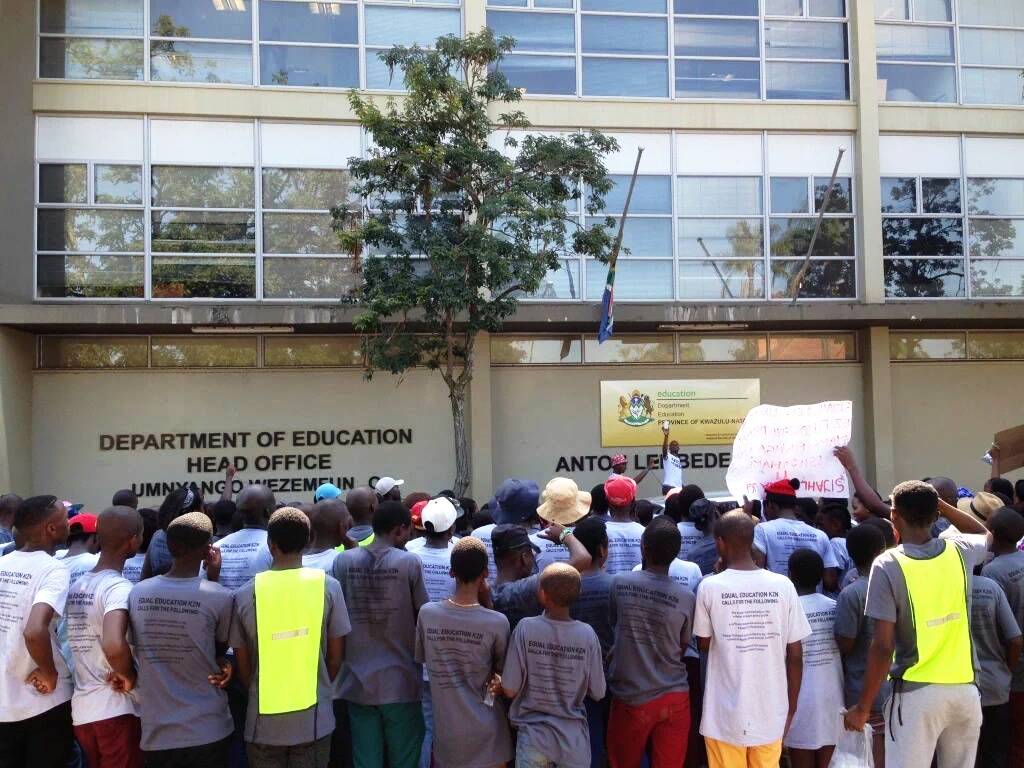 Members of civil society and activists were upbeat, welcoming the Constitutional Court’s unanimous judgment written by Chief Justice Mogoeng that found President Zuma failed to “uphold, defend and respect” the Constitution by failing to take the remedial action recommended by the Public Protector after state funds were used on his private residence for non-security upgrades. The President must pay back the money spent on a cattle kraal, chicken run, swimming pool, visitors’ centre and amphitheatre at his Nkandla home.

Here is the court’s media summary.

Corruption Watch, which appeared as amicus curiae (friend of the court) released a statement applauding the judgment which it called ‘a resounding vindication of jurisdiction and centrality of the Public Protector in protecting our most fundamental constitutional values’.

Corruption Watch has mounted a campaign, Bua Mzansi or Speak Up, South Africa, encouraging the public to participate actively in the process of appointing a new public protector to replace Advocate Thuli Madonsela, whose term of office will expire in October.

David Lewis, executive director of Corruption Watch, said, “The stakes surrounding the appointment of a new public protector are considerably raised by the recent announcement that the Public Protector will be investigating state capture in response to on-going revelations concerning the relationship between the Gupta and Zuma families.”

About 300 learners, parents and teachers participated. The march ended at the KwaZulu-Natal Department of Education where a memorandum was handed over.

Following the assassination of Xolobeni anti-mining activist Sikhosiphi ‘Bazooka’ Rhadebe, a solidarity fund for the Amadiba Crisis Committee (ACC) has been set up to assist Rhadebe’s family, for transport, and for continuing the struggle and protecting activists.

A solidarity meeting held by the Alternative Information and Development Centre on Wednesday night had over 100 guests and raised R2,650.

In another development, Legal Resources Centre and Richard Spoor Attorneys, who have offered assistance to the family of Rhadebe, say they “are deeply concerned about the response of the South African Police Services (SAPS) to the investigation surrounding his death”.

“We do not believe that the SAPS is providing adequate resources to the investigation.”

“There have been multiple incidents where investigators have not conducted their investigative functions and have cited transport issues as the reason for not having done so. They have not had any visible forensic capacity at the processing of the body or at the crime scene.”

When the attorneys arranged an independent forensic pathologist and an independent ballistics expert, as is the family’s right under the Inquests Act, they “experienced significant resistance from the Mzamba Police Station” and the investigating officer frustrated their participation.

Also, the hijacked vehicle used in the murder was released from the pound in Port Shepstone on 24 March without the Hawks having inspected it.

To contact the Amadiba Crisis Committee, email: amadibacrisiscommittee@gmail.com or telephone: Mzamo Dlamini on 072 194 0949 or Nonhle Mbuthuma on 076 3592982.