We won’t vote unless the mayor comes, say Ezakheleni residents

Protests bring township to a standstill 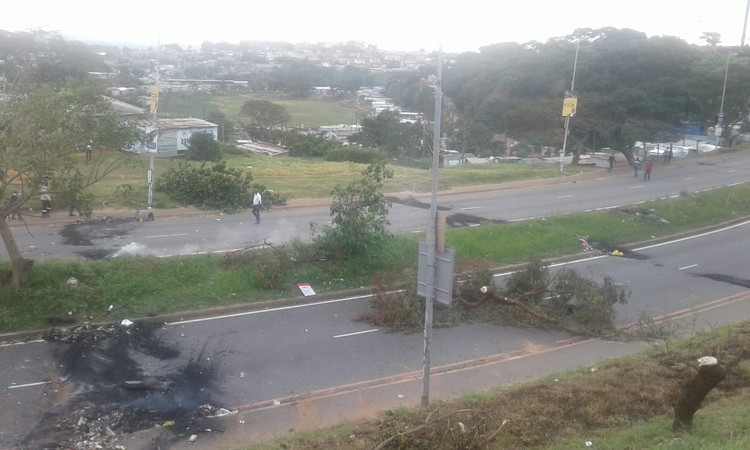 Residents of Ezakhelenni informal settlement in Umlazi, south of Durban, say they won’t vote on Wednesday unless eThekwini mayor Zandile Gumede comes to address them.

The residents brought the township to a standstill in a protest on Monday morning, complaining that they had been neglected by the local leadership that they voted into power in August 2016.

Resident Nkosi Mbandlwa said they are without houses and proper roads. “All the ward councillors ignore us after we have voted them into power. Ahead of the elections, we are being visited and promised heaven and earth but once we cast our votes, they turn their backs on us and do not offer us services,” said Mbandlwa.

Another protester, Thokozani Khoza, yelled that even the current ward councillor, Zipho Mathe, did not serve them.

Khoza said after the floods which had damaged homes in the area Mathe had called a meeting and asked residents to go “back to our homes in the rural areas”.

“We asked him to at least call Mayor Zandile Gumede so that we can speak to her. But his response was that the mayor wasn’t going to come and address the people who stay in the informal settlement,” said Khoza.

When GroundUp called Councillor Zipho Mathe, he said: “I will not comment.”

Protesters said they would not vote if Gumede did not visit them. They said they had applied for RDP houses with previous ward councillors and had been promised that they will get houses soon but they were still waiting.

Protesters said there were about 300 shacks in the informal settlement and some families had lived there since 1994.

EThekwini municipality spokesperson Msawakhe Mayisela said: “The city cannot build houses for everyone overnight. It is trying to cope with the challenge of urbanisation as residents come from different areas of the province looking for job opportunities.”