“No service delivery, no votes” 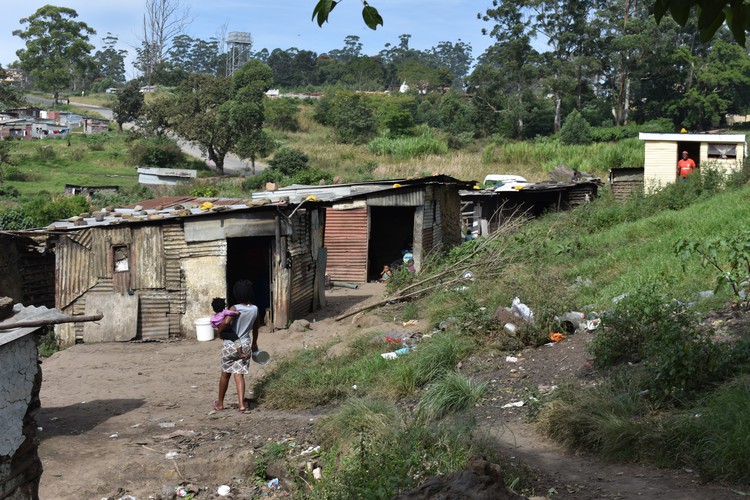 Several residents of Katilumla in Lusikisiki say they won’t vote on 8 May because there is no development in their area. Photo: Buziwe Nocuze

With two days left before the elections, residents of Katilumla in Lusikisiki in the Eastern Cape say they see no reason to vote.

Nomasonto Zintonga says she won’t take part. “I don’t have any reason to vote because we don’t get any services”, said Zintonga.

They have no water, electricity or toilets. “We must use bushes because we don’t have toilets”, said Zintonga.

Zilungile Mantongwana said residents relieved themselves in their shacks but were afraid to throw out the waste during the night because it was dark. “We don’t have electricity so we can’t go out at night to throw waste because we are afraid of criminals,” said Mantongwana.

Several residents said they would not vote on Wednesday. “We have been here for more than 20 years but we are not getting any development so we won’t bother voting for people who don’t care about our needs,” said a resident who did not want to be named.

“It’s only two days left and there is nothing happening here, so no service delivery, no votes. Simple as that,” said Aluncedo Mthimkhulu. She said residents had asked their ward councillor to come to their area but he had not come.

But councillor Wiseman Ranayi denied allegations that he had not been to meet the residents. “I think you have met the wrong person because I was there and I spoke to them explaining everything concerning electricity,” said Ranayi.

He said Katilumla was one of the areas which would benefit from the rollout of a solar power system in the municipality. When GroundUp asked him if the solar system would be installed anytime soon, he replied: “It will happen after elections as I will be visiting all the areas with the programme where I will be showing them everything they need to know about the services including water and sanitation.”